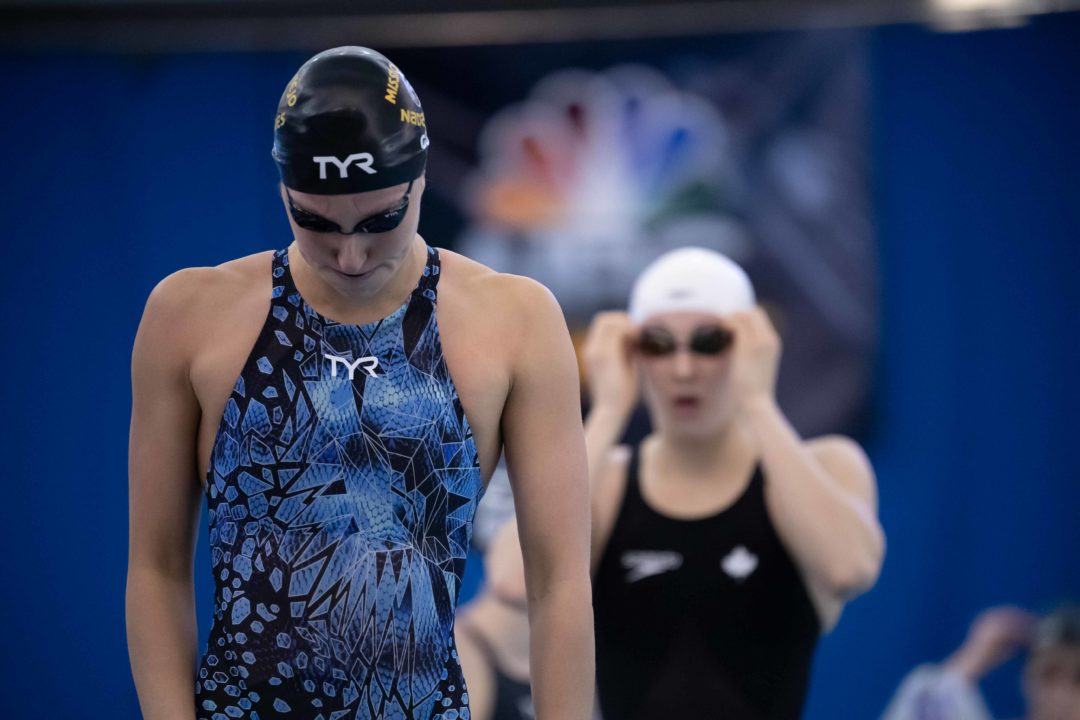 Geer is one of a handful of Indiana post-grads we know are following Stickels. Archive photo via Mike Lewis/Ola Vista Photography

Geer, 27, swam collegiately for the University of Arizona under Eric Hansen from 2010-2014 and was a three-time NCAA champion individually.

She moved to Bloomington to train under Stickels in IU’s post-grad group in 2017. The decorated IU team includes professionals Blake Pieroni, Cody Miller, Zane Grothe and Annie Lazor, as well as recent graduates Lilly King, Zach Apple, and Vini Lanza, among others.

As of now, we know the group moving to Alabama with Stickels includes Olympians Ryan Held and Ali Khalafalla, as well as Geer. That sprint training group will also include post-grad Laurent Bams and rising senior Zane Waddell.

Story to come shortly, but Howard will be moving to IU after Summer Nationals.

Who is Robert Howard?

Did Apple train with Coley? Presumably wouldn’t be a huge deal for him to move back to (the state of) Alabama if he wanted to.

If he did it would leave just Lanza and Pieroni as sprinter, non-breastroke pros, but they both seem to be pretty settled in Bloomington.

Apple trains with Mike Westphal, along with Blake Pieroni.
They never train with Coley.

Yeah, never a problem to go from, say, Auburn to Bama. Provided you never go within 50 miles of Auburn in your remaining lifetime.

These IU and Alabama post-grads should set up a housing exchange since they are basically all switching places following their coaches.

Did Coley hire any assistants yet?

Word on the street was right.