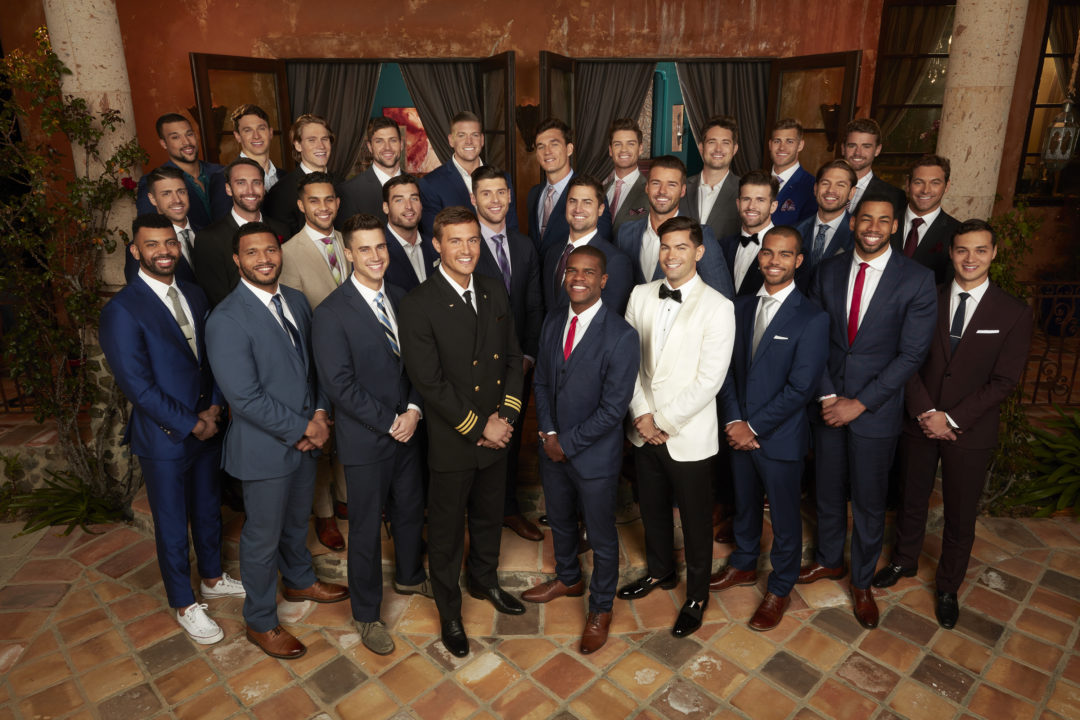 Connor Saeli (back row, 2nd from left) has a decided height advantage in the competition for the affections of the bachelorette Hannah Brown. Current photo via ABC/Craig Sjodin

One of the early favorites on the current Season 14 of The Bachelorette is a former high-level competitive high school swimmer. Known as “Connor S.” on the show, but Connor Saeli in real life, the 24-year old is one of 30 men that are vying this season for the affection of Miss Alabama Hannah Brown. He’s one of the youngest contestants on the show, though he’s the same age as Brown.

Saeli’s official Bachelor biography reads that he swam competitively in college. He attended SMU, and graduated from there in 2017, but we were unable to find any evidence that he was ever on the varsity team at SMU, and SMU doesn’t list swimming as one of its Sports Clubs. The official USA Swimming SWIMS database doesn’t show any results for him since he graduated high school.

During his senior season at Seaholm , he placed 5th in the 50 free at the Michigan Boys’ Division 2 State Championship meet. The winner of that race, Jackson Goethe (21.08), would go on to be a team captain at the University of Michigan. Saeli also placed 10th in the 100 free at that same state meet.

The show revolves around a group of men vying for the love of the star of the show: the Bachelorette (or the reverse in the related series The Bachelor). The first 14 seasons of the show have each ended with a proposal, while only 3 have led to a wedding (though the season 14 leading couple are engaged and still planning to get married).

Saeli isn’t the first swimmer to be on the series. Former Florida State All-American Robby Hayes appeared on season 12 of the show, where he was the runner-up. There were also rumors that in 2012, Olympic gold medalist Ryan Lochte was being consider for the role of “The Bachelor” on the show’s sister series, though that never materialized.

This show is such trash, the people on it are truly ridiculous. What some people will do for attention is astonishing to me.

Yeah. I can’t believe anyone watches this show, Love Island is so much better

I believe there was a press release this past week, 17 incoming freshmen / transfers, and 2 divers.