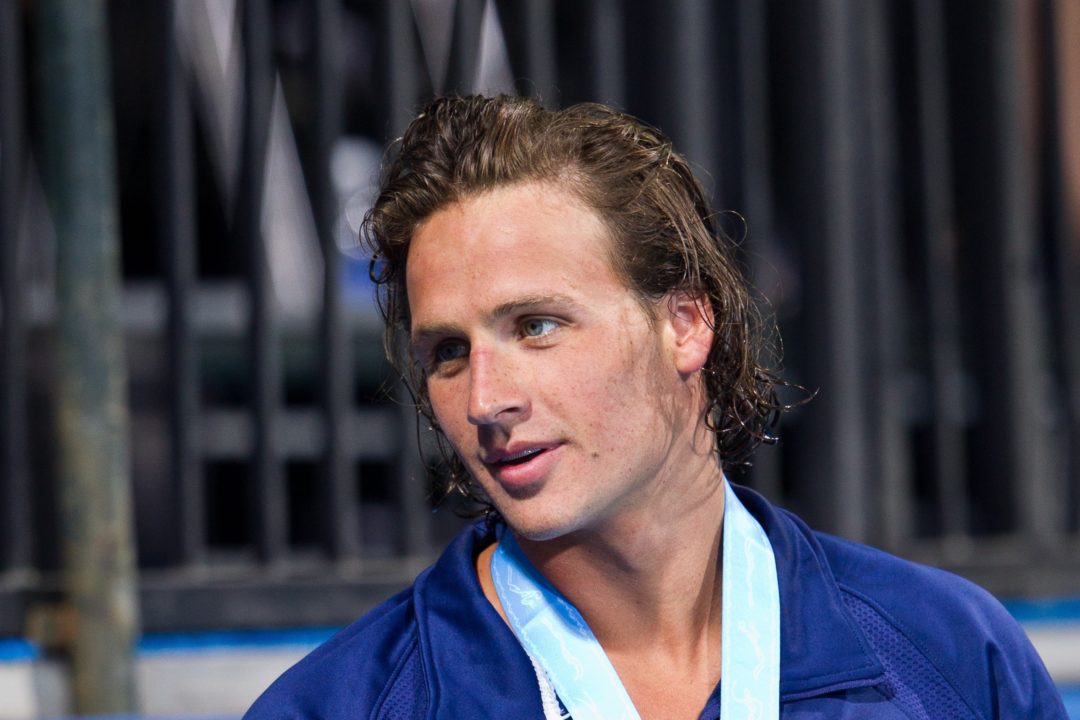 According to the New York Daily News, Ryan Lochte is in negotiations to headline The Bachelor, and his asking price is three quarters of a million dollars.

The ABC show is a tent-pole reality series for the network and a huge platform to introduce Lochte to more fans.

Like most Hollywood industry news, much of it is hype. E Entertainment News, who spoke with Lochte’s manager, Erika Wright, confirmed this.  Wright issued this statement:

“We have only had preliminary contact with The Bachelor.  Absolutely no figures have been discussed and no one from Ryan’s team has made any comment with regard to compensation.”

E! News also reports that Bachelorette contestants and fan favorites Arie Luyendyk Jr. and Sean Lowe are in the running to headline The Bachelor.

Welcome to “Post Olympic Circuit,” aka “The Olympic Honeymoon.” This period of time is well known among Olympic peers. After a stressful year of training and a more stressful Olympic competition, Olympians take a long vacation away from the pool. Some travel together to the far reaches of the planet to lounge in the sun on a tiny pristine island. Others make guest spots on television shows and socialize in Las Vegas.

This is not uncommon. Many of swimming’s biggest stars hop on a plane to Vegas after their biggest taper meet of the season. They’re all adults, many closer to 30 than 25 years old.  When they’re Olympic Champions, and, according to People Magazine, among the hottest Olympians, the media follows.

While The Bachelor asking price was hitting the news, Ryan Lochte and Cullen Jones – fresh off their 2012 London Olympic medal winning performances – were in Vegas celebrating Cullen’s birthday. Lochte and Cullen are long-time friends and roommates when traveling abroad to represent Team USA.

Lochte and Cullen caught up with Prince Harry on the trip. Lochte even let the British Royal race him in the hotel pool. See video of the race here.

Stay tuned. More “Post Olympic Circuit” news will develop, and hopefully Lochte’s asking price for The Bachelor will be confirmed.

“We have only had preliminary contact with The Bachelor.  Absolutely no figures have been discussed and no one from Ryan’s team has made any comment with regard to compensation.  At this time we are still fielding several tv offers, but ultimately training for 2016 Olympics remains Ryan’s top priority.  Thus, anything in the entertainment industry would have to be scheduled with consideration and deference to his training schedule which will resume shortly. Also at this time Ryan is keeping all of his options open.  He is very fortunate to be in this position and is taking every offer with great consideration.”

Jeez, he could probably take a little time off before 2016 rolls around. (Seemed like it worked for Phelps.)

I was a initially a bit worried as to how big a fool Lochte would make of himself being on TV for a full season, but I assume none of The Bachelor‘s usual studpieces are any smarter than he.

Despite his accomplishments, Lochte just doesn’t reflect well on our sport. The guy just acts (or is) dumb. It’s tired already. I cringe when I see this guy on TV.

“The reason I love swimming is because racing.” – Ryan Lochte, 2011

I don’t have a problem with Ryan. He has personality whether you like it or not. Who says that swimmers can’t be a little flamboyant?

There are other very good looking American men swimmers who won golds but I don’t see them on talk shows etc. Remember in show biz, any pub is good pub.

Nathan Adrian makes it home… has impact on his community – http://www.kitsapsun.com/news/2012/aug/22/public-appearances-leave-nathan-fans-swimming/