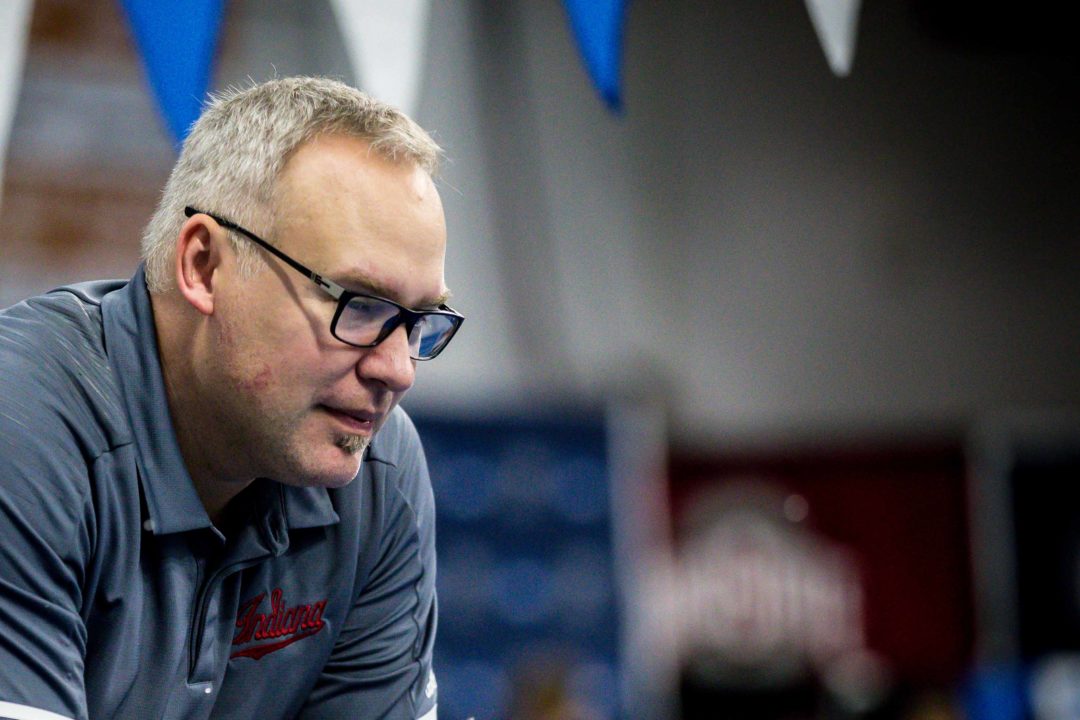 Within about two weeks of the conclusion of the 2018-2019 NCAA swimming & diving championship season, there were more than 10 Division I head coaching positions available. Now just over a month removed, those positions are slowly being filled. But at the same time, a number of big-time assistant and associate head coach positions have been vacated, long with a few more head coach jobs.

Below, we’ve laid out the current state of major Division I openings, as far as we know.

More updates: Matt Kredich has declined the Stanford job, is expected to stay at Tennessee, with a contract extension.

Any idea who the other top contenders are?

Dan Schemmel from Hawaii is the latest name in the rumor mill. Makes sense – those I talk to from his time at Wisconsin are really high on him, and he’s had a lot of success at Hawaii.

It sounds like the Stanford job isn’t offering contract terms that are appealing to some of the “biggest name” coaches who have very secure positions at Power 5 schools, which is probably why it’s still open.

More updates: Ray Looze’s ‘people’ tell me that he’s staying at Indiana. Tyler Fenwick was under consideration for the UNC job, but withdrew his name.

Any word on Princeton or Brown search?

Re Kase, I heard this as well.

The rumor mill says she interviewed, in spite of everyone believing she’d never leave LA because her husband has a good job there.

I heard he can work anywhere…kind of like you!

Hey, Braden reads the comment section. What a vote of confidence in State. That by itself should help recruiting even further. Better break ground on that outdoor pool and 10m platform soon to capitalize on the buzz with recruiting of the next generation starting soon (and N.C. to likely be well represented in the boys ‘way too early’).

Go Pack! Looking forward to being a crazy NCST parent!

Who are considered the top Head Coach prospects to take over at some of these schools? Do we know any sort of short lists?

We know that Mark Gangloff has interviewed for multiple positions. Jeff Dugdale’s name has been thrown out a lot for UNC. Stanford alum has told us that Ray Looze, Dan Schemmel, Gangloff, Matt Kredich, and Chase Kreitler have all been interviewed by Stanford. That’s single-source confirmed only, though.

Wow! Thanks for the details.

I still repeat that one may watch and see if Meehan has any interest in the Men’s program. He was Assistant Men’s coach at Cal before going to Stanford. He won’t lose any of the perks he already has at Stanford. An easy transition.in my opinion.

Going from a single gender team to a combined team is not an “easy” transition. You are suddenly managing over twice the number of staff and athletes. I’m not sure what your opinion is founded on but it’s a tremendous amount of added work and responsibility.

Both men’s and women’s head coaches positions are endowed separately. That is one school I don’t think the alums would go for combining! I don’t see it happening at Stanford.

The rumor mill says that this was a consideration early on in the process, but that the current plan is to continue to have separate programs.

Any idea if Kevin Tyrrell might have been interviewed for the Stanford job?

Are you sure? I am aware of 2 other coaches (Kostoff & Kremer) who have applied and have been interviewed and neither of them are on your short Stanford list. Also Matt Kredich and Mark Gangloff have interviewed. Ray Looze has withdrawn his name.

Dean Farris…..player-coach for the win!!!

why does everyone always downvote dean jokes

They upvote good ones

Because they aren’t funny.

No Stanford you can’t have Holloway

Holloway has built a juggernaut, but can you think of a better opportunity for somebody to be set for a long, long time and bring back a program to where it used to be?

Could Scott Armstrong go back? He may be back at his alma mater and doing great things, but his familiarity with Stanford might give him an edge.

I really hope that Stanford doesn’t make that mistake. Scott is a nice guy and all but not what Stanford men’s swimming needs at this point.

i wonder how much difference there is money wise betweeen east and west, otherwise i do not see point other than ego to go to Stanford, things seem to be working for him now….

The accomplished soccer coach Anson Dorrance said the one school he struggled most to recruit against was Stanford because it was, well, Stanford and had the complete package of incredible athletics across the board, unsurpassed academics, great weather, and a beautiful campus. No one has ever said that about State. The swim tradition doesn’t hurt either. Braden is Wolfpack through and through and doubt he would consider many places but State is getting a new AD which has to introduce a little uncertainty and it is, well, Stanford.

And he could focus on coaching the men which seems more up his alley (not that he hasn’t had good success with the women) and probably better position himself for top national team jobs.

Braden has shown he is able to develop talent as good or better than anyone, but I think facilities are holding him back from being able to recruit with the best. They have definitely been getting better on the recruiting side, but still being heavily out recruited by Cal/Texas/Stanford and now even UVA in the women’s side. With the recruits he would be able to get at Stanford he could build a dynasty.

That being said…I would be SHOCKED if Braden left. The man is a Wolfpacker through and through. PBG fo life.

State is about to build an outdoor pool. I think they are trying to do all they can to keep Braden happy. I feel pretty confident he would stay.

I dont know why everyone downplays the facilities at NC state. It not perfect but that place captures energy. They have more water then uva or unc! I hope Braden stays. Ncstate is still rising. I know everyone is on the Desorbo train rn but what Braden has built is impressive!

Def wasn’t downplaying the facilities. I actually think we have an amazing meet environment (aside from the sound system). But facilities are important to recruits and I think this new pool says a lot about State’s commitment to the swimming and diving program. The diving program especially since I would hope it will come with an upgraded diving well that can be used when the weather is nice. But I could be wrong in assuming that a new diving well will be included.

Probably paid more at Stanford by a bit but the standard of living is outrageous…..crazy expensive to live there. I think I read once that it was the most expensive zip code!

He could sell his nice house in NC and get a trailer court rental spot in Palo Alto. Outrageous cost of living.

Which is the most interesting position yet to be filled? My money’s on Stanford Men’s, but points can be made with Princeton and UNC.

Stanford Men for sure.