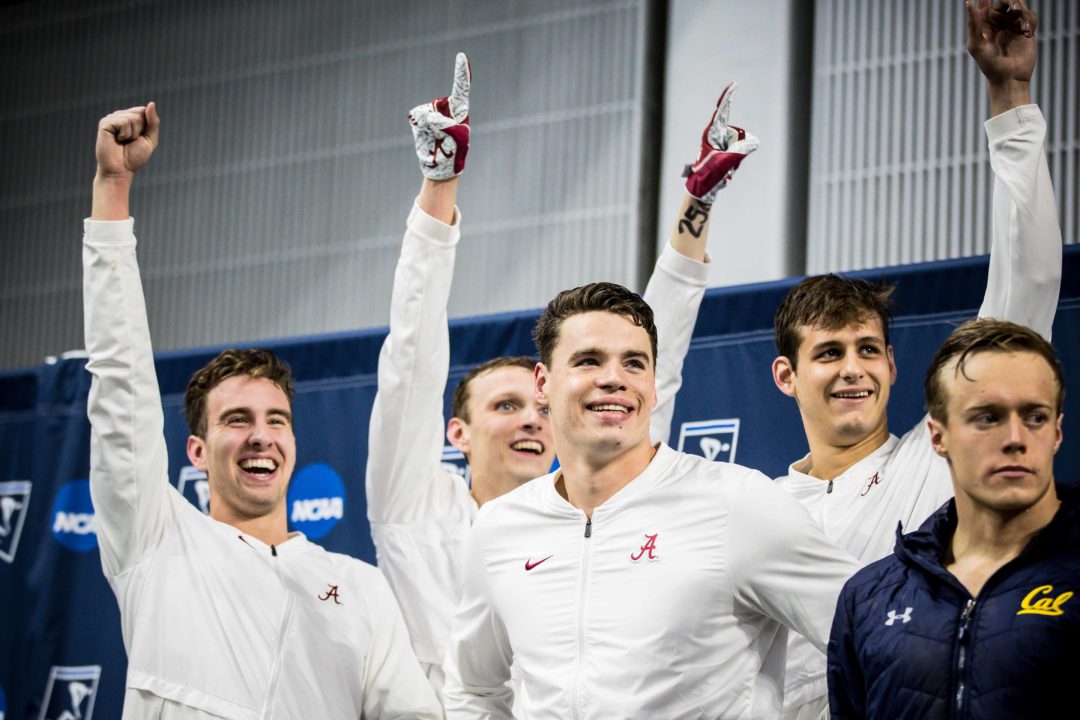 Rio Ramirez is the latest addition to Alabama's new-look staff, as the school announced today that Ramirez will be the new head diving coach. Current photo via Jack Spitser/Spitser Photography

The Crimson Tide coaching overhaul continues to roll, as Alabama announced that Rio Ramirez would be joining the staff as the new head diving coach. He’ll be replacing Chuck Wade, who’d been on staff for the past three seasons, but is gone as part of what appears to be a complete replacement of the coaching staff under Coley Stickels in the wake of Dennis Pursley’s retirement.

Ramirez will come to Tuscaloosa after seven seasons as the head diving coach at Florida International University. FIU divers dominated at the 2019 Conference-USA swimming & diving championships, sweeping all three diving events, helping FIU to a 63-point victory over Rice.

He’ll have a small, young core to work with, as Alabama only lists five returning divers on its roster, and all of them are will be sophomores next year.

Courtesy of University of Alabama Athletics

The former NCAA champion joins the Crimson Tide following seven years at FIU, where he coached Olympians, All-Americans and conference divers of the year

TUSCALOOSA, Ala. – Alabama head coach Coley Stickels announced the addition of Rio Ramirez to his staff as the Crimson Tide’s diving coach, this week.

“We’re excited to have Rio on board to lead our diving contingent,” Stickels said. “He brings a tremendous amount of experience both as a coach and as a championship diver in his own right. I have no doubt that he will add to Alabama’s amazing legacy of diving excellence.”

A five-time conference coach of the year, Ramirez joins the Tide following seven seasons as FIU’s diving coach, where he mentored Olympians, All-Americans, conference divers of the year and conference champions while helping the Panthers to five-straight conference team titles.

“I am extremely excited for the opportunity to be part of the Bama family,” Ramirez said. “I am looking forward to building on the legacy that characterizes this great University and this amazing team.”

A four-time NCAA champion during his career at the University of Miami who broke the NCAA Championships record off the platform (901.60 points), he brings a wealth of experience at the highest levels of diving to the Tide’s staff.

During his collegiate career, Ramirez quickly became one of the nation’s best divers, capturing the NCAA 1-meter title from 1997-99 and the platform championship in 1999. His resume while competing for Team USA includes a Pan-American Games title in 1991, winning the USA National Synchronized 3-meter title in 2000, a first-place finish at the 2000 FINA Grand Prix off the 1-meter board and a third-place finish at the 2000 USA Olympic Diving Trials.

Ramirez graduated from Miami in 2001 with a bachelor’s degree in business administration.