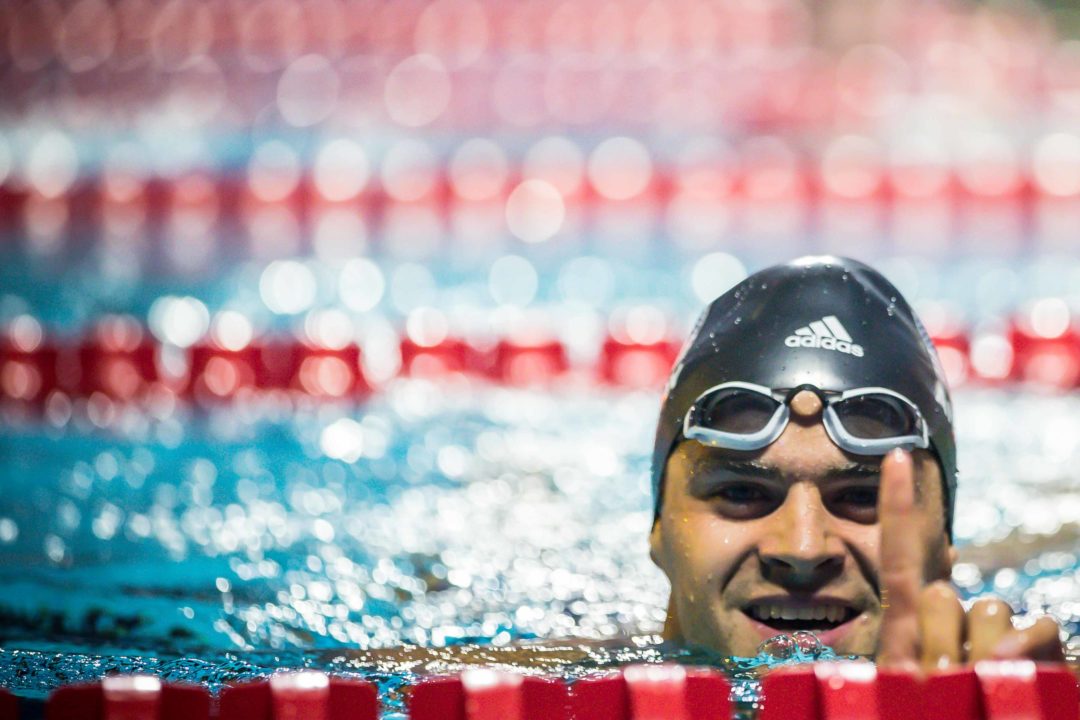 After the second leg of the 2019 Mare Nostrum in Canet-en-Roussillon, Michael Andrew and Katinka Hosszu sit atop the prize money leaderboard. Current photo via Jack Spitser/Spitser Photography

The 2nd stop of the 2019 Mare Nostrum wrapped up on Thursday in Canet-en-Roussillon, France. After earning the most prize money on the first stop of the tour in Monaco last weekend (€ 2,550), Hungary’s Olympic champion Katinka Hosszu continued her winning ways in Canet by racking up an additional € 4,800 thanks in large part to a € 4,000 bonus for achieving the most FINA points in a single swim (943) with a 2:08.57 in the 200 IM. That time marked a new Canet meet record.

I thought the prize money would have been higher for these meets, they have been around for a long time with a lot of stars.