Patrick Gilhool Headed to UVA After Decommitting from BU 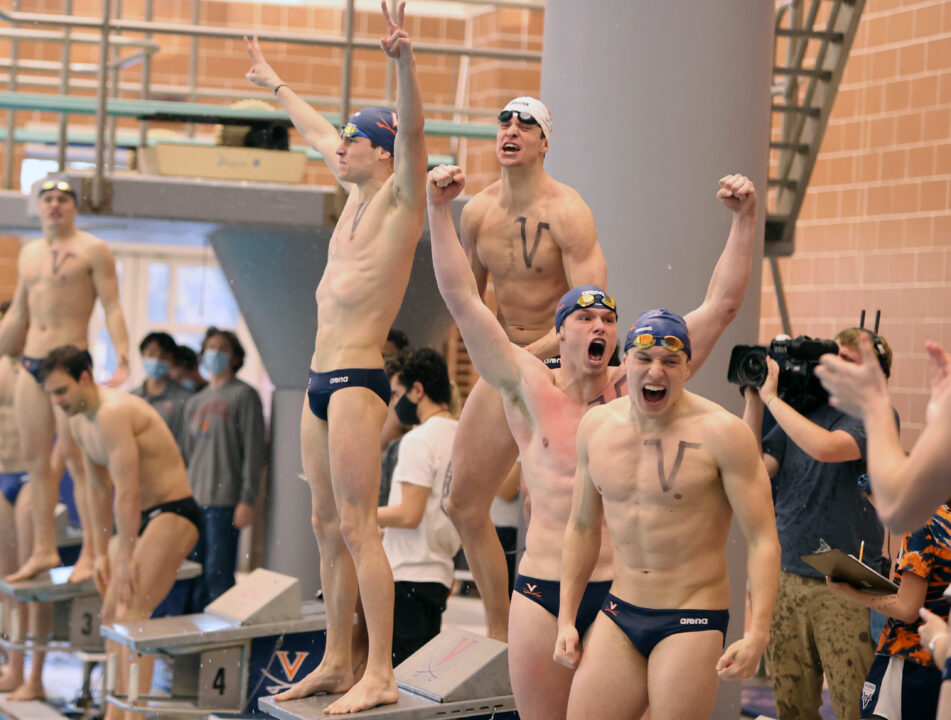 PIAA 3A state champion Patrick Gilhool has switched his commitment to UVA from BU and will join the Cavaliers' class of 2026 in the fall. Archive photo via Matt Riley – UVA Communications

Patrick Gilhool from Bethlehem, Pennsylvania, who had announced his verbal commitment to Boston University’s class of 2026 last fall, has chosen to attend the University of Virginia instead.

Gilhool swam for Bethlehem’s Liberty High School where he was a captain. He closed out his prep career with PIAA 3A state titles in the 100 fly (47.69) and 100 back (47.57) and was the lead-off swimmer for the winning the 200 free relay. He also swam fly on the runner-up 200 medley relay. He earned “Swimmer of the Meet” honors and became Liberty High School’s most decorated swimmer. Prior to States, he won the 100 fly at the PIAA District 11 3A meet with 48.18, breaking his own record by 2.4 seconds. He also broke the District record in the 100 back, winning in 48.74. He was named the Eastern Pennsylvania Conference swimmer of the year.

Gilhool swims year-round for Blue Eagle Swim Team in Nazareth, PA. He improved dramatically during his senior year of high school, most recently notching PBs in the 50/100 free, 100/200 fly, and 200 IM at the Middle Atlantic Senior Short Course Championships. He won the 50 free and 100 fly, was runner-up in the 200 fly, and placed 3rd and 9th in the 100 free and 200 IM, respectively.

Since last fall, when he originally committed to Boston University, he has dropped about a second per 50 in his top events:

Gilhool will suit up for the Cavaliers with Sebastien Sergile, Braeden Haughey, Kamal Muhammad, Alex Hotta, and Matthew Heilman.

uva quietly putting together a very good team. A few more pieces in distance and they might be able to challenge.

Sounds like he’s coming in real hot into Charlottesville. Can’t wait to see what’s in store for him. Go Hoos!

Try to stay focused, SwimFan. There are a lot of pictures on the Internet.

This is a dude that swam his way into a bigger opportunity. 47+ fly is super legit with a 2 second drop congrtas

Naw pham. We’re not here to have fun.