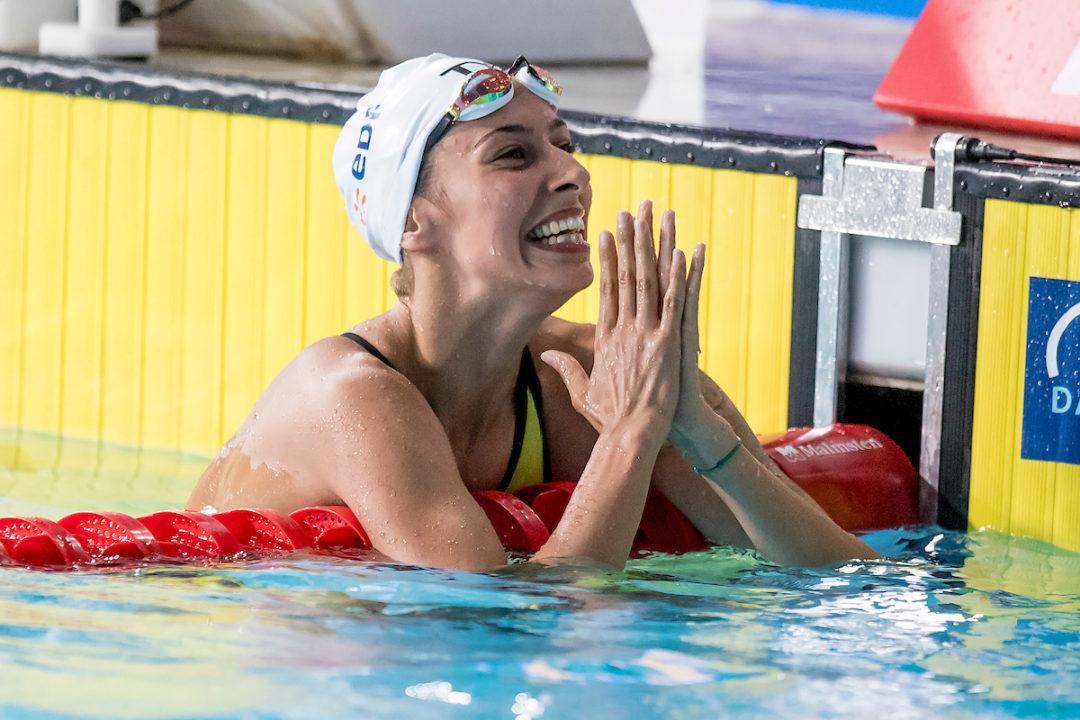 Those 3 swimmers will head to Tokyo, having notched Olympic-qualifying times on day 1 of the 2021 French Elite Swimming Championships. Stock photo via Andrea Masini/ Deepbluemedia/Insidefoto

Leon Marchand opened up the finals session with an incredible 4:09.65 French record in the men’s 400 IM. That swim got Marchand under his own previous national record of 4:14.97 which he swam just a few months ago. The swim was well under the 4:15.84 he needed in order to qualify for the Olympics and he became the first new addition to the roster at the meet.

Next up, Cyrielle Duhamel and Fantine Lesaffre took the women’s 200 IM by storm and pushed each other to qualify for the Games. They needed a 2:12.56 in order to punch their ticket to the Games and both of them did that successfully as Duhamel hit a 2:11.57 for the win and Lesaffre followed with a 2:12.47 for second place.

In the men’s 100 breaststroke Theo Bussiere got the closest to the Olympic qualifying cut of 59.93. Bussiere won the event with a 1:00.25 but as he trailed the standard, likely will not qualify to race the event individually. Considering that France has qualified to swim the men’s 4×100 medley relay in Tokyo, however, Bussiere may be named to the team to swim that relay.

Marchand, Duhamel, and Lesaffre join Florent Manaudou, Marie Wattel, and Melanie Henique on the roster. Those 4 swimmers earned a spot on the team at the 2020 French Winter Championships which serves as the first of 2 qualification meets.

Anyone have a video of Marchand’s qualifying swim that could be attached here?

Thank you for adding this. While reading the original article, I was puzzling how she’d managed to qualify.

Only 5 french swimmers are qualified for Tokyo before the french championships of this week :

Unfortunately, Beryl GASTALDELLO is not yet qualified !!!
In the first period, there was only one ticket by race.