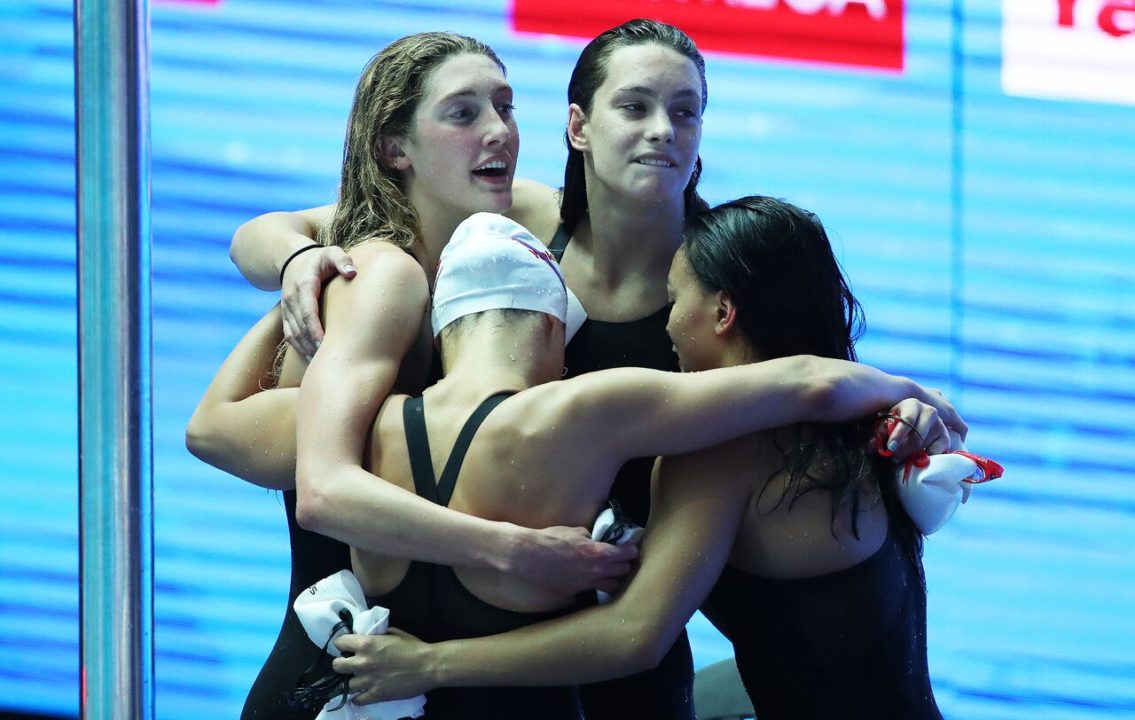 The Canadian Olympic Trials were supposed to run this week, and there would've been no shortage of intriguing storylines. Archive photo via Swimming Canada/Ian MacNicol

The Canadian Olympic Trials were originally scheduled to run this week at the Toronto Pan Am Sports Centre before the event was “postponed or cancelled” back on March 13 due to the coronavirus pandemic. Now, with the Olympic Games officially pushed back to July of 2021, the Canadian Trials surely won’t happen for another year.

But that doesn’t stop us from looking at the main storylines of what promised to be one of the more intriguing Trials meets on the 2020 schedule.

Back in October, Brent Hayden announced he was coming out of retirement with plans of qualifying for the Tokyo Games. Hayden had been out of the pool competitively since the 2012 Olympics in London, but his resume spoke for itself.

The Maple Ridge, B.C., native won the 2007 World Championship title in the 100 freestyle, set a sizzling career PB of 47.27 in 2009, and then finally got his Olympic medal in London with a bronze in the same event.

Those performances signalled that he had a great chance of earning a fourth Olympic berth in Tokyo. In the last 10 years, only Santo Condorelli, who now represents Italy internationally, has been faster than Hayden’s 50 free time among Canadians. Yuri Kisil holds a best of 22.02 from the 2018 Pan Pacs, and the “A” time (which would allow a country two entries) is 22.01, so he was the only real challenger to Hayden.

Historically better in the 100, Hayden would’ve needed to hit a time of 48.57 to qualify for the individual event at Trials. He would’ve been in a battle with Kisil and Markus Thormeyer (and potentially some of the up and comers, such as Joshua Liendo), but he was certainly in a good spot. The Canadian 400 free relay was also in a position to qualify, so it would only require a top-four finish to solidify a spot at the Games.

The comeback has now been postponed (or extended, however you want to look at it), but Hayden plans on seeing it through.

In 2019, Maggie MacNeil not only had a sensational freshman year with Michigan and put together three wins at the Canadian World Trials, but she also stunned reigning champion, Sarah Sjostrom, to win World Championship gold in the women’s 100 fly in Gwangju.

Now after another standout year in Ann Arbor, and presumably a strong NCAA Championship performance had it not been cancelled, MacNeil would’ve entered the Olympic Trials with all kinds of momentum.

She would be coming in as a massive favorite in the 100 fly, with Penny Oleksiak and Rebecca Smith in the mix for the second spot, but this would be her opportunity to expand her event range on the world stage. She made her way onto the 400 free relay last summer, could she challenge for an individual spot in the 100 free? After winning the 50 free at the 2019 World Trials, could she become a legitimate threat to hit the “A” cut of 24.77 and contend for a semi-final spot at the Games?

Overall, the Canadian women have been flying high since Rio, but no one shined in 2019 like MacNeil, putting a lot of expectation on her shoulders heading into the Olympics.

In addition to that 100 fly, the women’s 100 and 200 free and back events were going to be extremely competitive.

Oleksiak, MacNeil, Smith, Taylor Ruck and Kayla Sanchez were going to be fighting out for two individual (and four relay) spots in the 100 free. Oleksiak would be looking to earn the chance to defend her Olympic title (coming off of some very fast relay splits in Gwangju), Ruck was fifth at 2019 Worlds individually, and the other three have all been knocking on the door.

In the 200 free, Ruck surprisingly scratched out of Worlds after winning gold at both the Commonwealth Games and Pan Pacs in 2018, while Oleksiak placed sixth in the individual event while also splitting 1:54.36 on the 800 free relay (fastest flying split in the field). Sanchez would’ve been their main challenge for a spot in the top-two.

The backstroke events are dominated by two-time defending 100 world champion Kylie Masse and Ruck, so some elite times were going to come out of those events. Others such as Jade Hannah, Sanchez and Danielle Hanus were going to keep them on their toes.

More than anything, these four events are so competitive in Canada that some very fast times were going to come out of them and warning signs would be sent across the globe as the Games approached.

Several youngsters have been making strides over the last year in Canada, and this had the chance to be their coming out party.

Names such as Cole Pratt, Liendo, Faith Knelson, Gabe Mastromatteo, Finlay Knox and Emma O’Croinin had already made some noise, but a spot on the Olympic team would’ve taken it to another level.

We also can’t look past someone like Kelsey Wog, who may have already found plenty of success, including an individual final last summer in the 200 breast, but her recent form indicated she had a chance to contend for a medal in Tokyo while flying under the radar. 1:06.4 and 2:22.4 in the women’s breaststroke events in February put her in line for some great performances this summer.

It would have been amazing to see what all of the swimmers above could have done – having bought tickets to the trials, I was also keen to see what Summer McIntosh was capable of doing in the 200Fly and 1500FR. For McIntosh, another year could mean another year faster. Keep going Swim Canada – you’re doing great!

Another year will make these women even more dangerous– the US and AUS need to watch their back in relays.

Was really looking forward to what Joshua Liendo was going to do. 22.51 50FR, 49.1 100FR, 52.1 100FL all LCM at age 16/17. Oh well, I guess he gets another year of prime development provided he doesn’t get discouraged by the Olympic postponement. The wait until next year is surely going to be a long one!