What Was Supposed To Be: The First Full Week Of Olympic Trials Meets 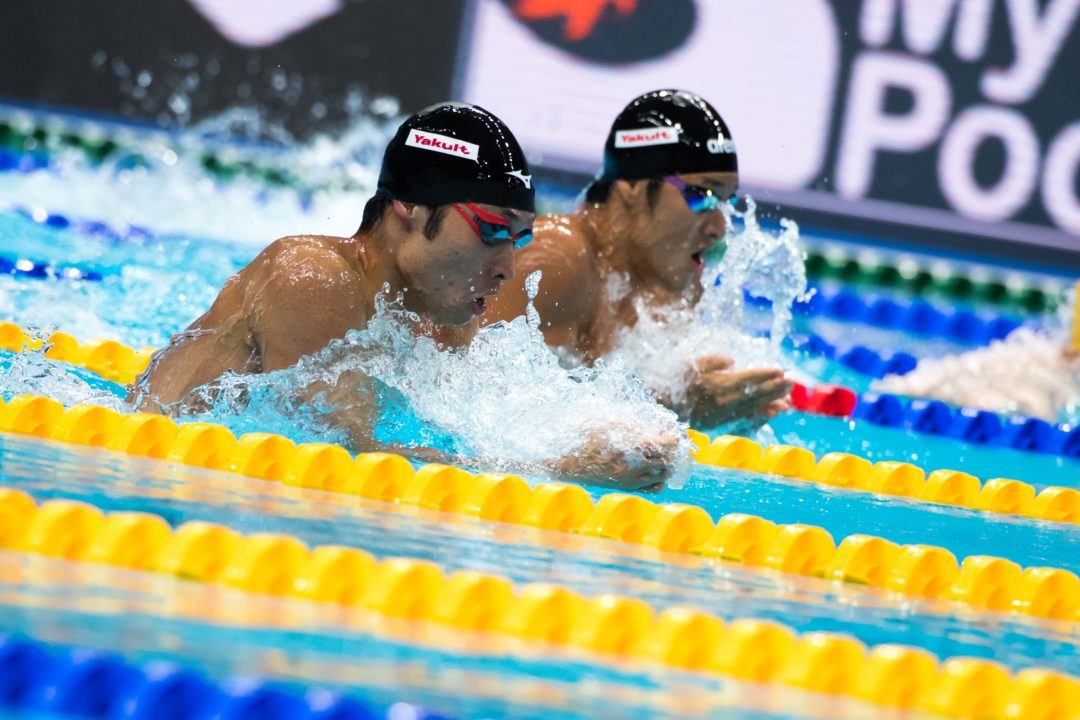 The Japan Swim was one of several meets slated to run this week before the mass cancellations caused by the COVID-19 pandemic. Archive photo via Mike Lewis/Ola Vista Photography

The entire world has changed dramatically over the course of the last month, as the COVID-19 pandemic has forced everyone to change their behavior for an indefinite period of time while we all wait for the storm to pass.

The sports world has been at the forefront of the headlines relating to cancellations caused by the coronavirus, with several dominoes falling before the inevitable postponement of the Tokyo Olympic Games to 2021.

As we enter April, this would’ve been the time when the excitement for the 2020 Games started to ramp up. NCAAs would be in the rearview mirror, the long course season would fully commence, and the first full set of Olympic Trials meets would be underway.

The Italian Championships were slated for March 17-21, but the first week of multiple Olympic Trials meets was supposed to be this week.

The Canadian Trials were to run for a full week, starting on Monday, March 30 and running through to Sunday, April 5 in Toronto. The New Zealand Open would go off on Tuesday in Auckland, the Japan Swim, Spanish Trials and Irish Open would commence Wednesday in Tokyo, Malaga and Dublin, respectively, and then we’d also be treated to the Swiss Champs and the Netherlands “The Hague” meet running late-week until Sunday.

Additionally, Friday would be the first of seven days of a talent-stacked Russian Nationals, and on Saturday, the South African Championships would go off.

But, it simply wasn’t meant to be. Something more important than sport has taken precedence for the time being. All we can do is ride it out together, stay safe, and prepare for the rollercoaster of excitement that will be 2021 in swimming.

Swimswam, don’t do this to me 😭

I was supposed to be on peak taper now, not getting fat on my couch 😭😭😭 Maybe I can go to one of those corona camps some are holding out there.

Sorry, but the Spanish trials were in Sabadell(Barcelona) not in Malaga.