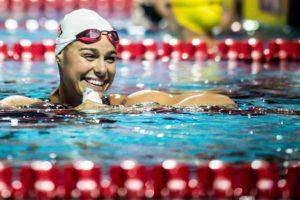 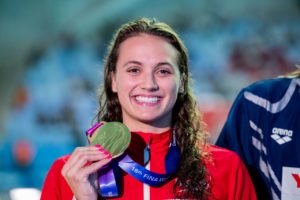 Kylie Masse is the first official signing of the Toronto Titans, one of two new franchises joining the International Swimming League for its second season.

Markus Thormeyer is a competitive swimmer who represents Canada internationally. He was named the Canada Male Swimmer of the Year in both 2018 and 2019.

After blasting his way to a 53.86 in semi-finals of the 100 backstroke to qualify 2nd overall, Thormeyer earned his first individual medal at a major international meet by finishing 3rd in the event, touching at 54.14 in the final.

Thormeyer qualified for his first World Championship final in the 200 back, taking 8th in the final. In the semis, he was a last-minute replacement for China’s Xu Jiayu who scratched late, giving him a chance for a second swim after placing 17th in the heats. The University of British Columbia product took full advantage, breaking a 10-year-old super-suited National Record in 1:56.96 to advance in fifth place.

Markus Thormeyer continued his progression at the highest level of the sport in 2019, leading him to his second consecutive Canadian Male Swimmer of the Year Swammy award.