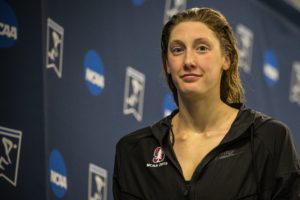 Among the group is Taylor Ruck, on a redshirt season from Stanford, who is back home in Scottsdale, Arizona training in a 20 yard pool.

Kayla Sanchez won the women’s 100 free on Saturday night in Scarborough, beating Taylor Ruck and Rebecca Smith head-to-head in a time of 53.92. 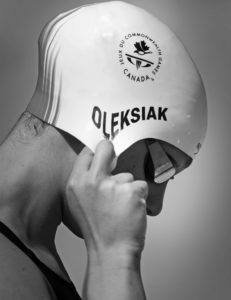 Oleksiak posted her fastest 100 fly since the 2018 Commonwealth Games on Friday in Scarborough, clocking 58.30. 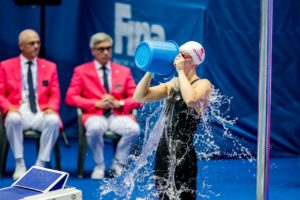 2016 Olympic gold medalist Penny Oleksiak is one of the Canadian superstars set to compete this weekend at the Winter Ontario Champs in Scarborough.

Rebecca Smith is a competitive swimmer who represents Canada internationally.

Smith earned a bronze medal in the 4×100 mixed relay, swimming the third leg in the preliminary heat (3:44.46), clocking a 57.57 alongside Javier Acevedo, Richard Funk and Chantal van Landeghem. In the finals, the team of Kylie Masse, Richard Funk, Oleksiak and Yuri Kisil set a national record (3:41.25) en route to the third-place finish.

Smith earned a bronze medal as a member of Canada’s 4×100 free relay. Smith swam the third leg (54.37) of the preliminary heat. She was replaced by Taylor Ruck in the event finals. The team of Kayla Sanchez, Ruck, Penny Oleksiak and Maggie MacNeil won the bronze in a national record time of 3:31.78.

Smith earned another bronze, swimming the third leg of the 4×200 free relay in the preliminary heat, alongside Sanchez, Emily Overholt and Emma O’Croinin. Smith and O’Croinin were replaced by Ruck and Oleksiak in the finals, creating a lineup that set a national record of 7:34.35 en route to a bronze medal.

Smith added a third bronze medal as part of the 4×100 medley relay team. Smith swam the third leg of the preliminary heats along with Kylie Masse, Kierra Smith and Ruck. In the finals, Masse was joined by Sydney Pickrem, Oleksiak and MacNeil, making a team which clocked a 3:53.58, just 16 hundredths of a second behind Australia’s silver medal effort.