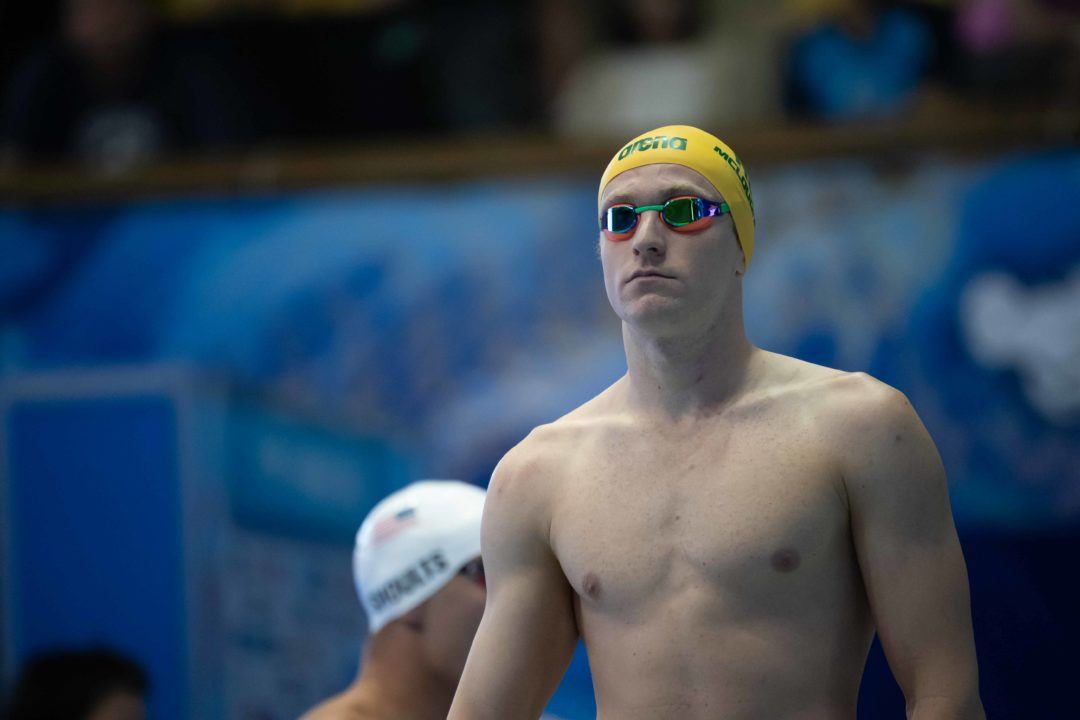 After sweeping the 400/800/1500 free events at the Aussie Trials this week, Jack McLoughlin may cut his home country's beloved 1500 free from his program. Stock photo via Mike Lewis/Ola Vista Photography

After sweeping the 400/800/1500 free events at the Australian World Trials this week, Jack McLoughlin may cut his home country’s beloved 1500 free from his program.

The past week in Australia has been full of surprises, one of them being Olympic champ Mack Horton getting shut out of his best events and a spot on the upcoming World Championships roster. Looking to take his spot, however, was McLoughlin. The 24-year-old upset Horton in both the 400 and 800 free events, adding those to his Gwangju line-up.

However, according to a recent article, McLoughlin may be considering dropping the 1500 free to focus more on the 400 and 800. Looking into Australia’s Olympic history in the 1500 free, the country won eight golds since 1924, including 4 consecutive wins from 1992-2004 by Kieren Perkins and Grant Hackett.

When I get to 1500 this morning I too am getting out .before the Organic Coffee & Muffin van moves on to its lunchtime venue. . Its the holistic 2019 thing to do ..

I heard Horton may be injured but haven’t verified that

Be interesting to hear what was Horton’s issues in this meet, if any.

Probably more medal potential in the 1500 than the 200 though…

No doubt, anything sub 1442 would be podium given the lack of yang foreseeability

Holding a fast pace for a long time has always been harder than reaching a faster pace for a short time, since 2000 the 100 free has gone from 48.14-46.91(well over a second), with the top swimmers typically within half a second of the record on any given year, while the 1500 free has only dropped from 14:34 to 14:31 from 2001 till now, a far smaller percent drop given the distance and nobody has seriously made a run at it in years. Is that showing that the distance conditioning is harder to obtain at the elite level, or are the “most talented” for lack of a better term athletes just drawn to sprints because it’s the headliner events and… Read more »