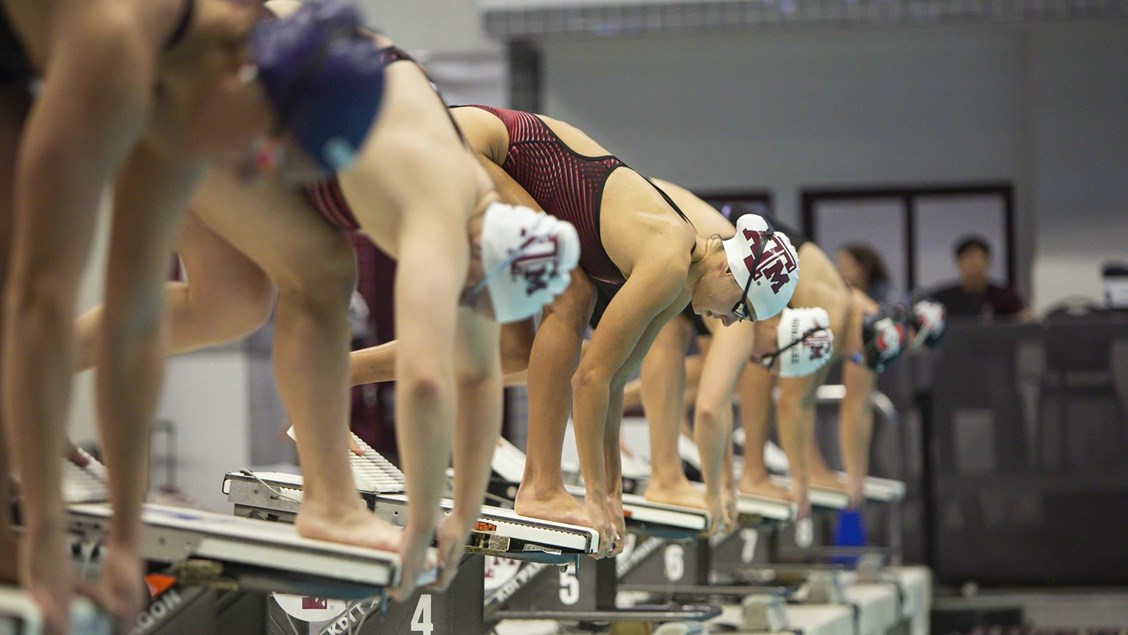 Szklaruk Traipe won four letters at Glenda Dawson High School and was coached by Natasha Prybil. She served as team captain in her final two seasons and was named the team MVP, while also tallying the most points scored in 2019. Szklaruk Traipe holds the school record in the 100 free (51.60) and 200 free (1:51.97), and was also part of the record-setting 200 medley relay (1:47.39), 200 free relay (1:44.89) and 400 free relay (3:43.44) teams. She spent seven years competing for the Sharks Swim Club, earning the Outstanding Performer Award six years in a row. She holds the Southern Zone record in the 100-meter back. Outside of the pool, Szklaruk Traipe was a Commended National Merit Scholar, National Hispanic Scholar and AP Scholar with Honor. She was also a member of the National Honor Society, National Spanish Honor Society, National English Honor Society and National Society of High School Scholars.

Props was a four-year letter-winner at Lubbock High School and was coached by Penny DiPomazio. She helped her team to a third-place finish at the Texas 5A State Championships as a sophomore and fifth-place finish as a junior. Individually, Props finished first on the 1-meter board at the state championship meet as both a sophomore and junior. In each of her first three seasons, Props claimed gold in the 1-meter at both the district and regional meets. She holds three school records, including the six dives (272.40) and 11 dives (449.45) records on the 1-meter, and the 3-meter record for six dives (240.4). Props spent three years competing for the Lubbock Dive Club, where she was an AAU All-American in each of those three years. Props was also a member of the National Honor Society.

Don’t forget about Oda Borgstrøm from Norway! She is a member of the class of 2024 as well 🙂

Congratulations to all of these women👍👍. Tremendous class & I look forward to watching them compete this year & their continuing development over the next 4 years with the guidance of Coach Bultman & staff!! Gig em forever 👍👍

There could be one more on the roster, coming mid year

International freshman who goes 1.55 for 200 back, amongst other times

No, some one else who is faster short course

Okay. My bad. I thought it might have been the Israeli swimmer. Any word on who this person is?