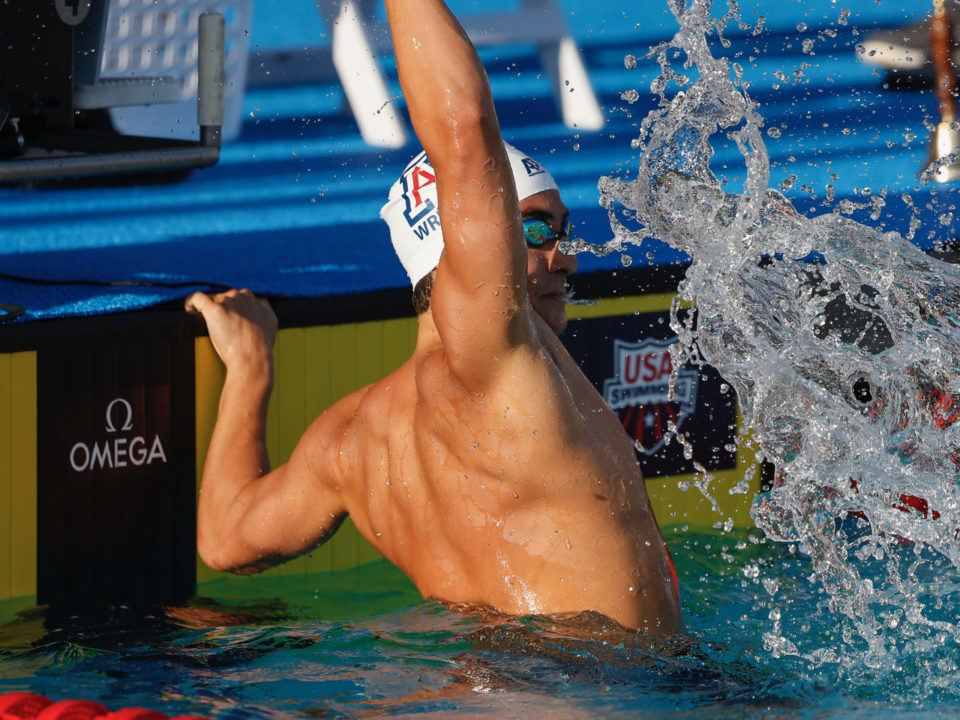 It was a day 1 full of shocks, as the first swimmers to etch their names on the American Pan Pacs roster aren't the ones most expected. Justin Wright and Blake Pieroni won events on the men's side, while Caeleb Dressel and Jack Conger missed the first wave of qualifying. Current photo via Tim Binning/TheSwimPictures.com

It was a day 1 full of shocks, as the first swimmers to etch their names on the American Pan Pacs roster aren’t the ones most expected. Justin Wright and Blake Pieroni won events on the men’s side, while Caeleb Dressel and Jack Conger missed the first wave of qualifying.

With no doubles yet in the books, only the top priority finishers are officially locked onto teams. That means the top 4 male and female 100 freestylers to Pacs, along with the winners of the 200 flys, women’s 800 free and men’s 1500 free. You can check out the full, tentative rosters below, though a lot will almost certainly change over the next few days. As of now Team USA would be sending world champ Dressel and Olympian Conger to Pan Ams in 2019.

Bear in mind that these rosters are in flux as the meet moves on. We’ll update daily, but be patient as we work through the intricacies of the criteria.

I asked this in the “Finals” thread, and checked selection docs. Does Jordan W use up a Pan Pac’s pool slot if already qualified for OW? My reading of selection doc is yes, unless he declines the pool slot (but can still swim the 1500 as an OW entry). But would he decline to increase the size of the team by 1? Would USA Swimming want that? Would he want that?

Jordan does count as one of the 26 and is not a double for pool and OW. Two different squads even though he could have chosen not to go to Irvine and still swim the 1500 in Japan