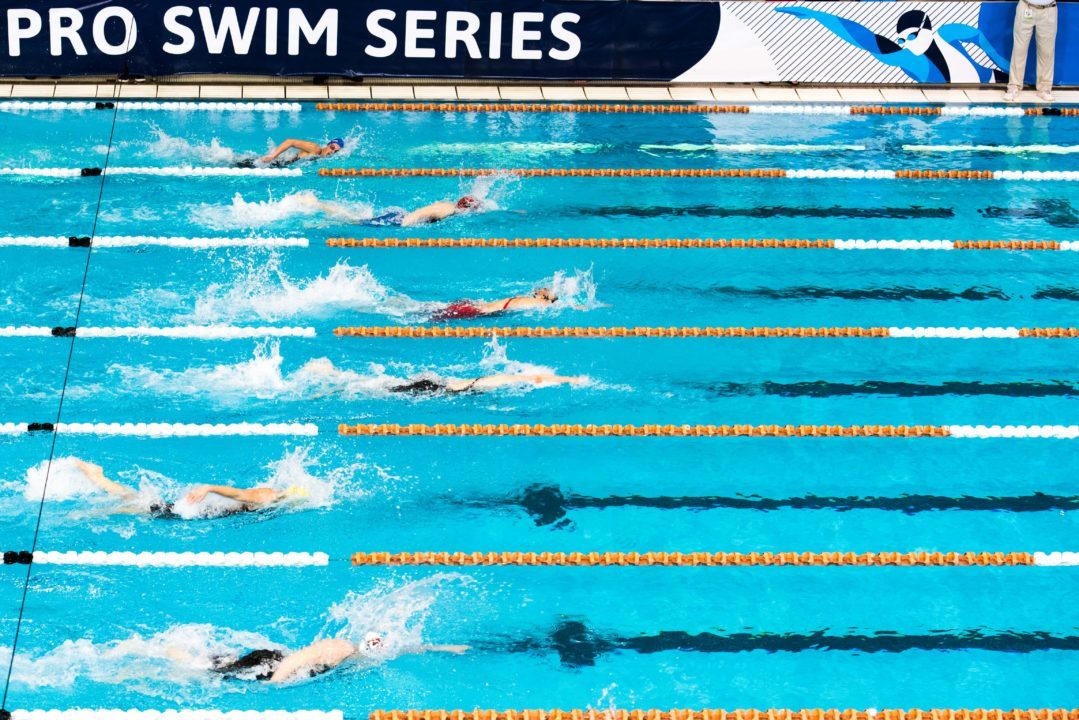 The new time standards for the first stop of the 2019-2020 Pro Swim Series in Greensboro, North Carolina have been released. In total, 44 of the 56 total qualifying times have been bumped faster from the most recent set of PSS cuts.

After a time standards update after Knoxville last season due to low attendance, this season’s cuts have met in the middle. To give context, the 2019 Knoxville cuts released were the fastest standards of the series’ history. These historically fast standards played a contributing factor to the opening meet’s low attendance.

As a result, the cuts for the remainder of the 2019 season were made slower as part of a USA Swimming plan to attract more attendees.

Below is a comparison of last season’s initial set of cuts and the time standards for this season. With the very lenient revisions made to the 2019 cuts after Knoxville, this year’s cuts reflect a more reasonable qualification standard.

The first of five stops for the 2020 PSS season will be held in Greensboro, NC on November 6-9.

The powers that be know