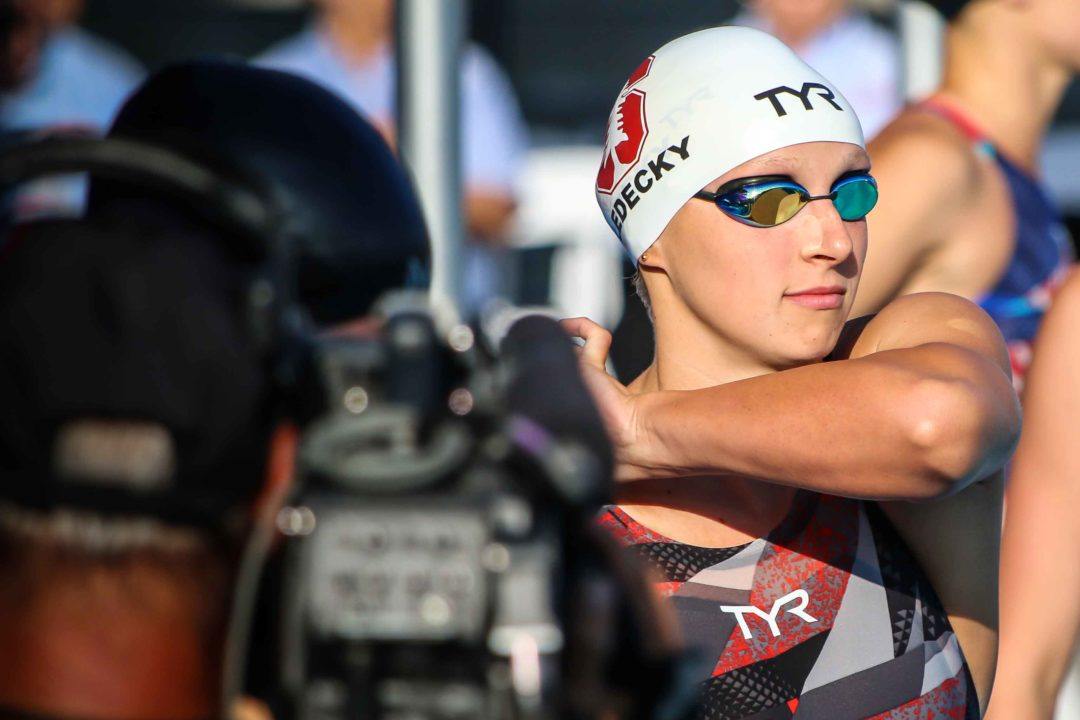 As reported in late September, Knoxville, Tennessee will host the first stop of the 2019 TYR Pro Swim Series on January 9-12 at the Allan Jones Aquatic Center. Knoxville is a new addition to the traditional Pro Swim Series lineup, which last year opened with the usual January stop in Austin, Texas.

If the past is any indicator for predicting what the other stops on the series will look like, the 2018 time standards alternated every other meet – with Austin (January), Mesa (April), and Santa Clara (June) having faster standards than Atlanta (March), Indianapolis (May), and Columbus (July).

Most notable about 2019, at least for the Knoxville stop on the series, is that the time standards are faster across the board (women and men) than 2018 – even compared to the aforementioned meets in Austin, Mesa, and Santa Clara.

Information, including time standards, from the 2018 TYR Pro Swim Series can be referenced here.

Last year, the entry cap was approximately 400-600 swimmers per meet. However, certain athletes were exempt from the entry cap and could enter any number of events until the entry deadline:

The Pro Swim Series at Knoxville is capped at approximately 450 swimmers and the 2018-2019 cap exempt list can be seen here.

See below for the full list of time standards – including bonus standards.

These are turbo fast

They are faster than the Winter National Cuts!