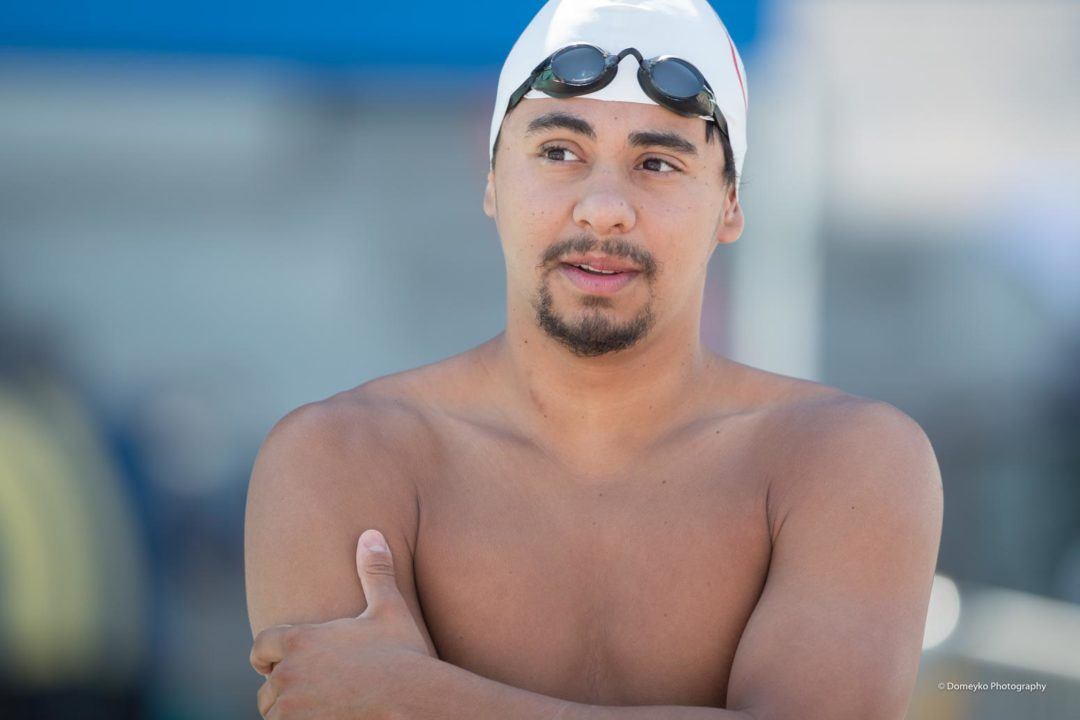 Domeyko is a cornerstone of the Georgia 2018-2019 team. Archive photo via “Rafael/Domeyko Photography”

For the 2nd-straight year, the Georgia Bulldogs will be without a key member of their men’s swim team to start the 2018-2019 season. According to Georgia specialist site RedAndBlack.com, Javier Acevedo has a slight fracture in his foot. He is currently in a walking boot, having progressed from a cast-and-scooter setup earlier this week.

While recovering from the foot injury, he fell and hurt his hand, which is now also in a soft cast.

““He’s doing better than he was, thank goodness,” Georgia head coach Jack Bauerle said. “We had one injury and then he fell after the injury and that made things a little worse.”

RedAndBlack.com reports that there is no timetable for his return.

For Georgia fans, this is reminiscent of last season when US Olympian Gunnar Bentz missed most of the season after breaking his collarbone. Bentz earned First Team All-America honors in all 3 of his individual events at NCAAs last season: the 200 IM (7th), 400 IM (8th), and 200 fly (8th).

Acevedo, a junior, scored 18 points individually at last year’s NCAA Championships by winning the B Final in both the 100 and 200 yard backstroke races. He also swam on 4 Georgia relays at the meet. Overall, he was tied as the 4th- fastest 100 backstroker in the NCAA last season (and was by far the fastest in the SEC) thanks to a 44.74 relay leadoff at NCAAs.

Bauerle was optimistic about his return, and the Bulldogs need him back as soon as possible. Besides being his team’s best backstroker, Acevedo is also the best Bulldog returning sprinter. He was their only 50 freestyler last season (19.65), and was also their best 100 freestyler by more than a second (42.76).

Acevedo is a Canadian who represented his native country at the 2016 Olympic Games. There he finished 17th in the 100 back individually and swam on Canada’s 16th-place 400 medley relay.

Before the announcement of this injury, Georgia ranked 8th in the 2018-2019 SwimSwam pre-season power rankings. The Georgia women open their season on Saturday, October 13th at Arkansas, while the men don’t race until October 26th when they welcome the defending SEC Champion Florida Gators to Athens.

Put that guy in bubble wrap til March.

Night out on the town