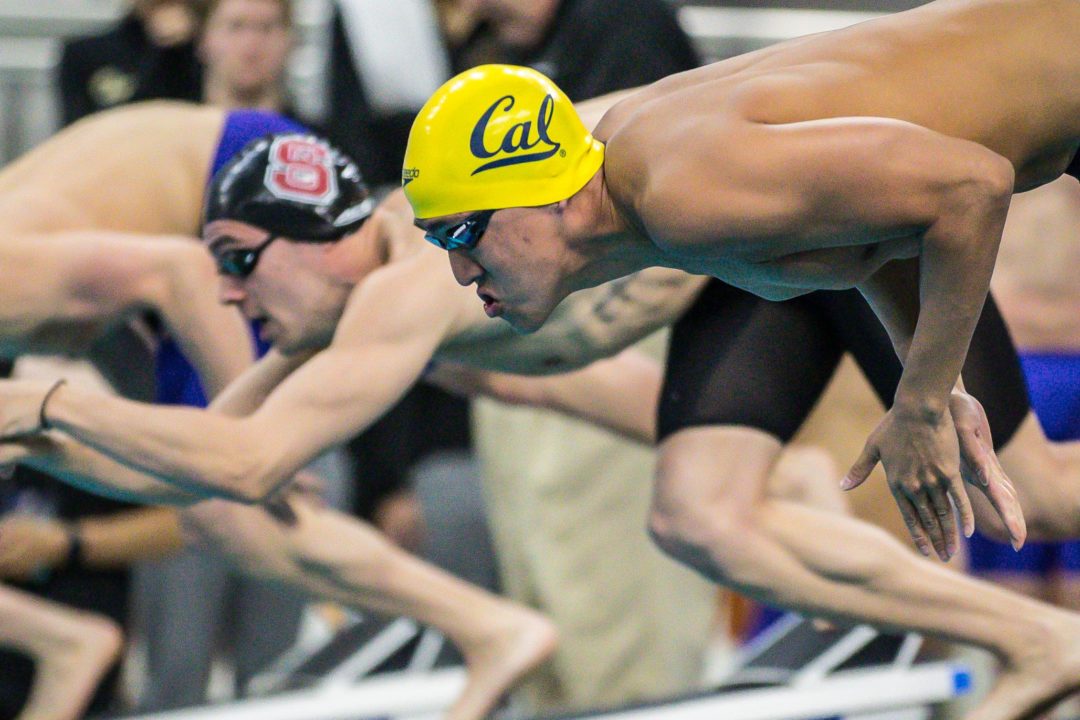 California will compete in its first dual meet of the 2019-20 season when it clashes with Pacific on Thursday afternoon in Stockton, Calif. Current photo via Jack Spitser/Spitser Photography

BERKELEY, Calif. – California will compete in its first dual meet of the 2019-20 season when it clashes with Pacific on Thursday afternoon at the Chris Kjeldsen Pool Complex in Stockton, Calif.

Action is slated to begin at 2 p.m. on Pacific’s campus. The Bears will swim in 16 different events at the meet. Results will be provided following the conclusion of the meet.

The Bears will be primed for another run at the NCAA title in 2019-20 as they return a slew of last year’s NCAA qualifiers, including Karl Arvidsson, Connor Callahan (diving), Daniel Carr, Sean Grieshop, Ryan Hoffer, Michael Jensen, Trenton Julian, Mefford, Quah, Pawel Sendyk and Whitely. Cal added 10 freshmen to the mix this season, as well as redshirt sophomore transfer Hugo Gonzalez, the 2018 SEC Freshman of the Year at Auburn.

Cal captured the 2019 national title for the sixth time in school history last spring with five NCAA event titles along the way, including three by former Bear Andrew Seliskar in the 200 IM, 200 breast and 200 free. Hoffer captured the 50 free and the Bears won the 200 free relay featuring Sendyk, Hoffer, Jensen and Seliskar.

Cal’s swimmers will host Stanford in their annual Triple Distance Meet at Spieker Aquatics Complex in Berkeley on Nov. 8. Meanwhile, the Cal men’s diving team will compete at the Trojan Diving Invitational on Nov. 8-10 in Los Angeles.