SwimSwam’s Guide to the 2020 NFL Draft 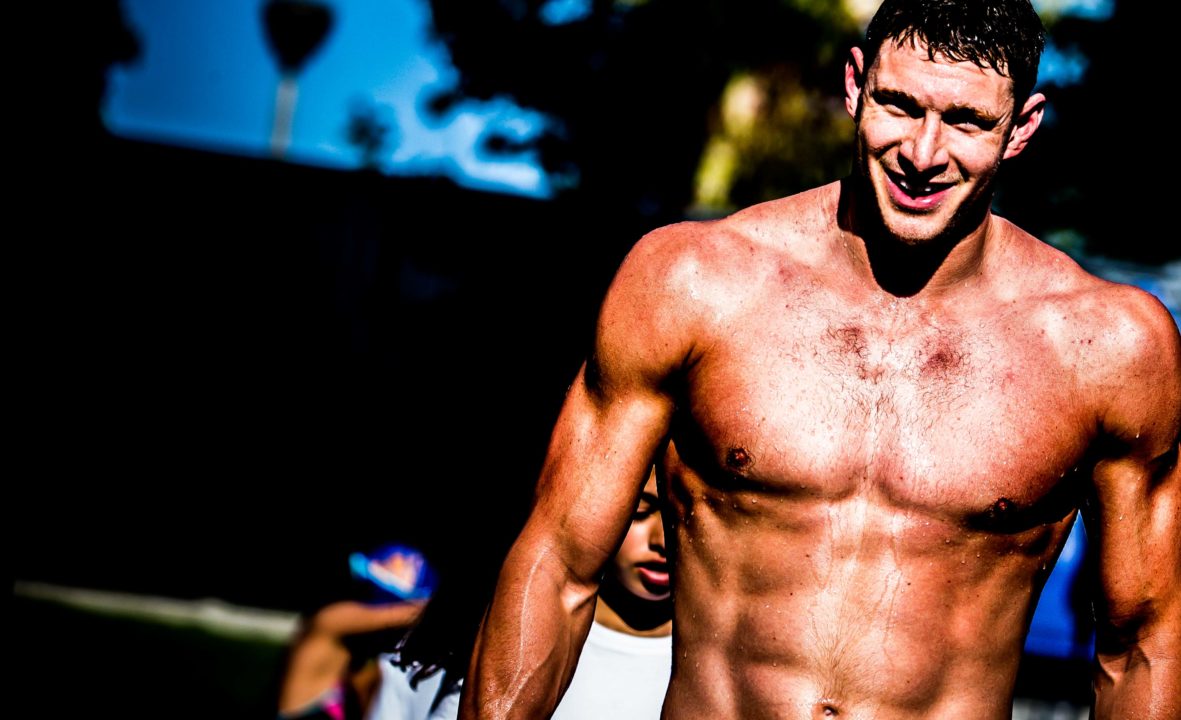 The swim fan's guide to the NFL Draft. Is Ryan Murphy built like a linebacker or are linebackers built like Ryan Murphy? Archive photo via Jack Spitser/Spitser Photography

With the swim, 14-year-old Estonian Olympic qualifier Jefimova became the 14th fastest 18 & under 100 breaststroker in history.

Sophie Hansson obliterated her own Swedish Record in the women’s 100 breaststroke with her semifinals performance today.

Generally, when someone claims to be a “sports fan,” they don’t don’t mean swimming. But here at SwimSwam, we pride ourselves on treating all sports as equals, with feelers out in the so-called “major sports” world as well.

And we fancy ourselves experts.

In honor of tonight’s NFL Draft, which might as well be the Super Bowl amid the recent moratorium on sports action, we’re giving you the info you need to know, in terms you — the swim fan — can understand. Feel free to use our info to sound like you know what’s going on (for the first 15-ish picks, but who’s watching longer than that?) tonight.

An overarching theme to this draft is speed. All of these guys can run 40 meters in 5 seconds or less, which extrapolates to about 10 seconds in the 100 yard free. The top 20 very rarely go more than 100 yards, though, so this is a sprint-focused class.

If this 6-foot-4, 216 pound Iowa native is anywhere near as good as true LSU star Brooks Curry was this season, the Bengals will be in for a surprise steal. With his size and strength, Burrow projects to be a sprinter at the next level.

At 6-foot-5, Young doesn’t quite have the size of, say, a 6-foot-6 Paul Delakis, but he makes up for that with a lot of grit. With his size and strength, Young projects to be a sprinter at the next level.

Something something Chase Young is Paul Delakis then something something Andrew Loy (who is also 6’3”). Did you know that the Ohio State men’s swim team doesn’t have a single guy from Michigan on its 2019-2020 roster? They really do hate that school up north. With his size and strength, Okudah projects to be a sprinter at the next level.

Iowa-native-turned-Hawkeye Wirfs was reportedly elated when USA Swimming finally scheduled a stop of its Pro Swim Series in Des Moines. When Regan Smith went 58.1 in the 100 back there, it raised Wirfs’ draft stock by sheer geographic osmosis.

He’s from Georgia, so he’s probably better in long course than his college resume suggests anyways. Doesn’t project to be a sprinter at the next level, because… Georgia.

6-foot-6, 283 pounds. Other than that, too little data to compute. Oregon cut their swimming program in 1985, 13 years before Herbert was born. The Chargers leaving San Diego feels like a similar slap to the face, so this may be a match made in heaven. With his size and strength, Herbert projects to be a sprinter at the next level.

Recruited in 2016, Brown is a holdover from the Brett Hawke era. But he definitely put up most of his production since the Gary Taylor hire. Just wish he held his taper a little better from Bowl Season to the combine. That rough three-cone drill time makes you wonder if he can even make Carolina’s A relay.

In college, Simmons played linebacker, slot cornerback and safety. So for Arizona, this is like recruiting a guy who can swim breaststroke and the mile. We’re here for it. (Obligatory comment about Clemson not having a swim team but having a lap pool in the football locker room.)

We already know Florida has historically done well with in-state recruits, so the odds are in Jacksonville’s favor on this one.

Sure, Wills is a people-mover in the run game. But did the SEC’s five-day championship meet format inflate his performances a little bit? Let’s see how he does when he has to pull a double.

At 6’1” tall, Jerry Jeudy is a little undersized for an NFL wide receiver. But we’ve heard this story before out of Alabama: Robert Howard, at 6’2”, was the shortest guy on the winning 400 free relay team at the 2019 World University Games.

Think of Tua, as we ~in the know~ folk call him, as the Draft’s Abbey Weitzeil: he’s gotten hurt a lot recently, but only because he goes hard for his team. Recovering from brutal dislocated hip, Tua has an extremely high upside with a moderate amount of risk. Also, he’s the guy you’re supposed to be mad at for calling kinda, sorta, not really calling swimmers soft earlier this month.

When you look at this, 6-foot-7.5, 364 pound, offensive lineman, “sprint speed” probably isn’t the first thing to come to mind. But just the Louisville men’s swim team is sneaky good at the sprint freestyles, Becton is surprisingly fast — he can run the 40 yard dash in 5.1 seconds. Becton also recently said in an interview that he can’t swim, but that if he flipped out of a boat, he thought he’d be ok. That probably hurts his draft stock, but Tampa might be the best fit for him: Northeast High School is only a 20 minute drive across Old Tampa Bay from Raymond James Stadium. Northeast High School has a head coach named Brooke Bennett, who you might know as a 3-time Olympic medalist swimmer. Her husband, Jeremy Frioud, is the head football coach at Northeast High. And so it comes full circle – the perfect connection to get him some lessons.

We presume that Jackson went pro early once he heard the news that head swim coach Dave Salo was leaving the program. We hope this guy’s stock rises. He’s a good dude – donated bone marrow to his sister to save her life, and in 2018 as a freshman he participated in the Swim with Mike fundraiser (Photo evidence, 2nd from the left) that honors former USC swimmer Mike Nyeholt.

Brandon Aiyuk, WR, Arizona State
He seems like a steal if he goes late. We heard Bob Bowman had him on a three-year training block and he didn’t get to taper for Bowl Season, so his potential is way higher than his production. Big knock is that he skipped his team’s bowl game to prepare for the draft. That’s the football equivalent of the guy who gets out before the butterfly set to go to the bathroom.

Henry Ruggs III, WR, Alabama
Another Coley Stickels sprint prodigy, Ruggs almost broke the combine record in the 40-yard dash. He might be fixing to challenge Robert Howard for the title of Fastest Man On Campus.

A.J. Terrell, CB, Clemson
We sure hope Terrell got plenty of use out of the giant playground slide Clemson built into its $55 million football facility. Not that we’re grumpy about the school cutting its swimming & diving programs because of the cost of building a new pool complex or anything. Maybe Terrell even got to use the lap pool they built into that football facility, because we all know how inexpensive it is to build a pool.

Solomon Kindley, OG, Georgia
He said in an interview that he’s been using swimming to prepare for the draft, and he was a lifeguard in high school. He gave swim lessons to kids from his rough neighborhood in Jacksonville. Here’s a whole interview about him swimming. Big guy, you can anchor our relay any day.

This is exactly what I’ve been looking for, idk what I’d do if the draft was canceled too

Same. It’s something that’s happening that isn’t “coronavirus.” Can only watch so much table tennis and Belarusian soccer….

You know of somewhere that curling’s being played?

is the official term get coronaed or COVIDed?

Canceled. (due to corona)

This made me laugh out loud.

Any first rounders with a swimming background?

Not that we could identify this year. We looked pretty hard, but maybe we missed someone.

” …being a short walk from the pool, swimming was a big deal for the Wirfses. When Tristan was 5 … “I was like, ‘Yeah, I want to do that, I’m a good swimmer.”

And he was. Swimmers had to be able to go 25 meters to make the team.

“I could smoke that,” he said. He swam until the summer before seventh grade, when travel baseball started to take hold. But after that, he’d still make sure his mom and coaches knew he was ready to go if they needed him.

“I’d be watching Kaylia and they would need someone,” Tristan said. “And I’d say, ‘I have… Read more »