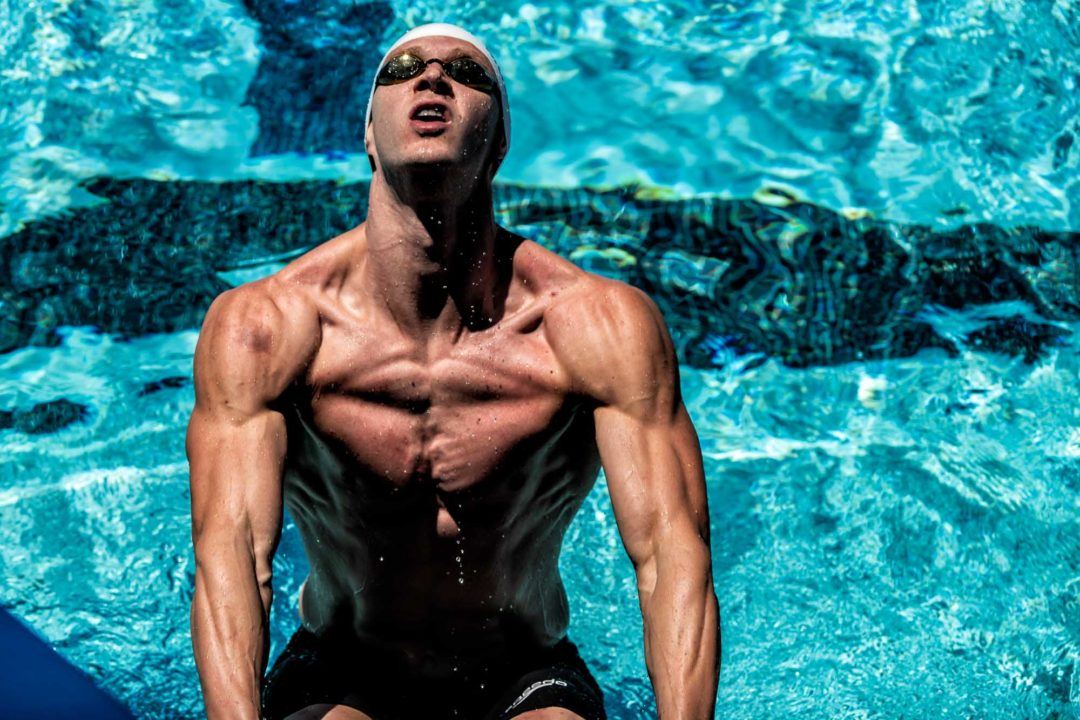 Find out more about how the US men's 100 back excellence tradition is carried throughout the years in this Roadmaps installment. Stock photo via Mike Lewis/Ola Vista Photography

The US men have won 6 consecutive Olympic gold medals in the men’s 100-meter back, a streak that dates back to 1996. This long-standing excellence consistently repeats itself every four years, with a new veteran/rising star duo qualifying every U.S. Trials meet. Find out more about how this backstroke tradition is carried throughout the years in this Roadmaps installment.

Your top 2 swimmers are both Olympic gold medalists in the 100-meter back, Ryan Murphy (2016) and Matt Grevers (2012). Breaking out over this past summer are NCAA powerhouse Shaine Casas (52.72) and World Universiade champion Justin Ress (53.26). Versatile star Michael Andrew (53.40) also cracks the top 5 performers this Olympic quad.

Michael Andrew, Ryan Murphy, Shaine Casas, and Justin Ress swam the 100-yard back at 8 years old, with Murphy and Andrew already swimming under 1:15. Andrew and Murphy went on to swim 1:06s once they entered the 9-10 age group.

Ryan Murphy only continued to excel after finding his natural backstroke talent. At 11 years old, he had already broken the 1:00-barrier in the 100-yard back. Two years later at 13, Murphy then went sub-1:00 in the long course pool for the first time. He leveled up as a 16-year-old when he swam then-lifetime bests of 46.72 (SCY) and 53.76 (LCM), immediately making himself a senior-level competitor.

While Murphy was just a high school sophomore when hit sub-47 SCY and sub-54 LCM, the rest of the group was college-age (18-23) when hitting those competitive marks.

American Men’s Backstroke Excellence: Who Will Pass the Torch?

However, stepping up to the Olympic level means including training for the 100-meter back in the long course pool. Putting the top 8 men this Olympic quad next to the 100 back Olympians since 2000 (Krayzelburg, Walker, Peirsol, Grevers, Thoman, Plummer, Murphy), the entire group is under 54 seconds, all faster than Lenny Krazyelburg‘s 2000 world record (53.87).

Up next for the Roadmaps series will be the women’s 100 back, featuring Regan Smith, Kathleen Baker, and Olivia Smoliga.

Also Dean Farris should be in this conversation given he’s the reigning NCAA champion with a 43?

Need to translate it to the big pool

1) Men’s backstroke is as strong nationally as ever, the other top guys in the world (Xu Jiayu, Kolesnikov, Rylov) just caught up.

Where does Coleman Stewart fall in this listing? We know his scy back times became impressive…. Didn’t he also do some pretty fantastic LCM back times at the world university games last summer?

I believe he led off the relay in 53 high in prelims. Given that he has been 43 in the 100 SCY and based off his ACC times had potential for 43 low-mid this season, I wouldn’t be surprised to see a 52 from him at trials.

Not in the picture