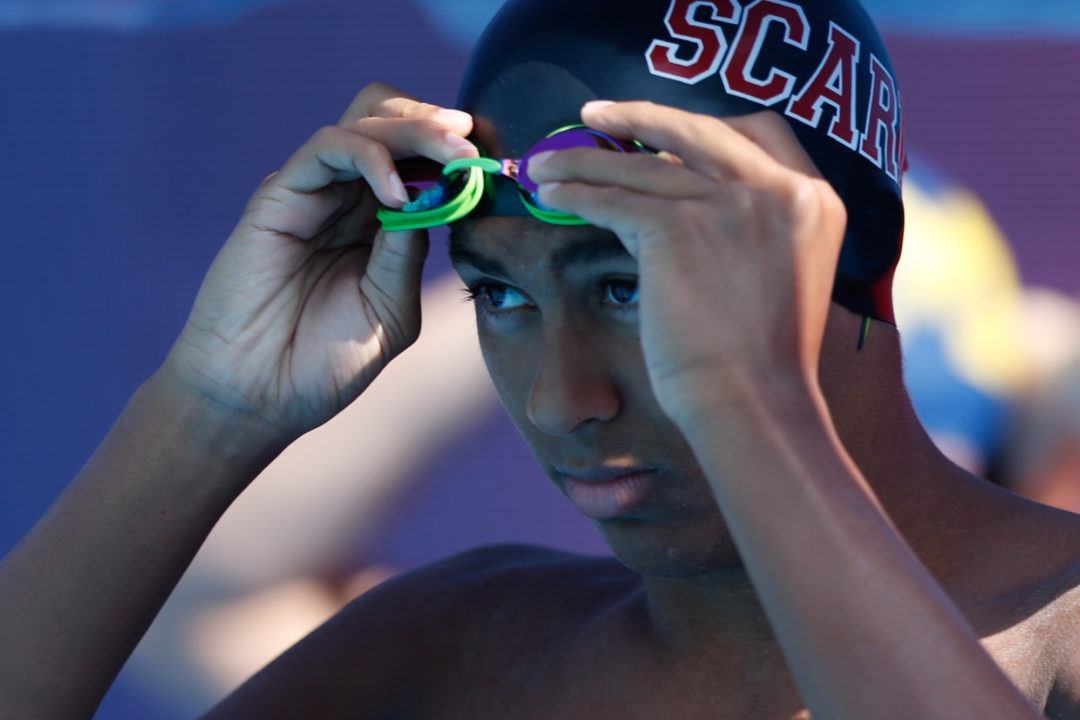 Magahey, who competes for SwimAtlanta in Georgia, won the D final 3:51.38 to 3:51.41. Magahey moves to #2 all-time, just seven tenths of a second behind the National Age Group record set 16 years ago by Larsen Jensen at the 2002 Phillips 66 U.S. Nationals. Scarlet Aquatics (NJ) Rose, meanwhile, sits just over seven tenths back with more than a full year left in the age group.

Rose entered the meet with a seed time of 3:57.64 that he achieved at PSS Atlanta in March. Prior to that meet his best time was the 3:59.02 he swam to win the C final at 2017 Summer Junior Nationals last August. Rose’s progression over the last 12 months has been dramatic: the 3:57 he swam in March represented a nearly 9-second drop from the previous spring; his August-to-August improvement has been 8.6 seconds. He has improved across the board, dropping 5.1 seconds over the first half and 3.5 on the back half, as seen below:

Both Magahey and Rose are in the mix for Junior Pan Pacs roster spots, but will need a little help tomorrow to get in. Magahey has another shot in the 800 free, while Rose’s entries are done for the week.

Congrats to Dare!! (also how would his name be pronounced?)

This is the work of fluid mechanics and John Waldman

This is the works of his super supportive family, and coaching staff at Scarlet Aquatics. Fluid Mechanics is a scam.