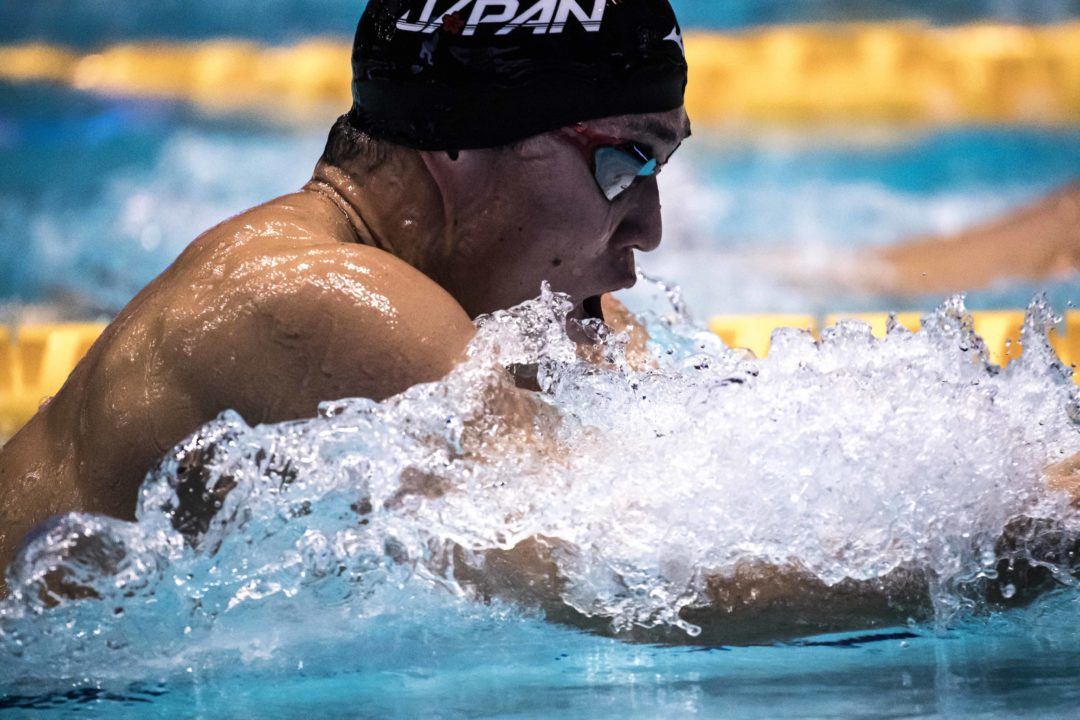 American Josh Prenot came in as the favorite in the men’s 200 breast final after lowering the meet record in the preliminaries and holding the #2 time in the world for the year. However, in the final, it was world record holder Ippei Watanabe who came through with the victory in a time of 2:07.75 to take out Prenot’s prelim record.

In the heats, Prenot had gone 2:08.02 to erase Japanese legend Kosuke Kitajima‘s 2010 record of 2:08.36 off the books. Watanabe was just 6th fastest among the A-finalists in the prelims in 2:12.15, so it wasn’t clear whether he was just cruising or wasn’t on his best form.

In the final he proved it to be the former, as he held 2nd to Australian Matthew Wilson through the 150 before closing in 32.80 to take over the lead and win the gold in 2:07.75.

Below, check out a split comparison of the two previous and the new meet record in the event:

Kitajima had the most front-end speed out of the three swims, while Prenot was quickest down the third length and Watanabe was fastest coming home.

Zac Stubblety-Cook has been a revelation at this pan pacs .. he came home strong in the final metres that I thought he might steal the win from the Japanese swimmer .. suddenly Australian men’s breastroke is looking promising again .. now where are those flyers??

Video of the race