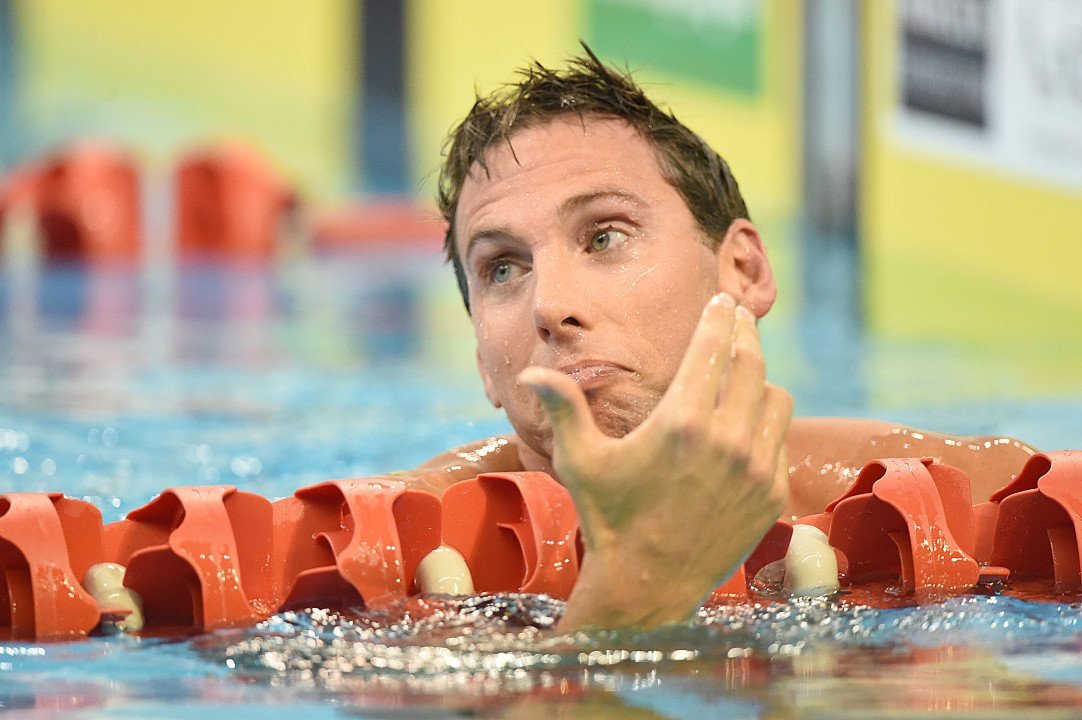 Hackett's 7:23.42 world record set in July of 2008 is almost six seconds faster than anyone else in history. Archive photo via Swimming Australia

After winning his 3rd medal on day 7, Josh Liendo has won the most medals of any Canadian man at a single World Championships.

When we think of the most dominant world records in swimming, a few specific performances and names come to mind.

Katie Ledecky is an obvious one, having run rampant on the women’s distance freestyle records dating back to 2013. There’s also the exploits of Paul Biedermann (men’s 200, 400 free), Zhang Lin (men’s 800 free) and Liu Zige (women’s 200 fly) in the super-suit era of 2009, and of course, Adam Peaty‘s recent superiority in the men’s sprint breaststrokes.

All of the athletes mentioned above established their world records in the long course pool. The short course records (25m) are a little less well known, as the Short Course World Championships only occur once every two years (and swimmers typically don’t take it as seriously as LC). Due to this, a few all-time marks fly under the radar, including the oldest world record still on the books.

In July of 2008, less than three weeks before the start of the Beijing Olympic Games, Australian legend Grant Hackett swam to a time of 7:23.42 in the SCM 800 freestyle at the Victoria Open in Melbourne.

That swim is one of just three individual records set prior to 2009 that still stand today — joined by Michael Phelps‘ 4:03.84 400 IM at the Olympics in August and Amaury Leveaux‘s 44.94 100 free at SC Euros in December  — and holds up almost 12 years later as one of the most dominant currently on the books.

It is worth noting that the men’s 800 free, along with the women’s 1500, are possibly the two least contested events on the swimming program. They have never been done at the Olympics (though that will change when the Tokyo Games eventually take place), and also aren’t even on the Short Course Worlds schedule.

So, had recent distance dynamos such as Zhang, Sun Yang or Gregorio Paltrinieri taken a proper stab at this event, perhaps it wouldn’t be so dominant.

The real jaw-dropper is the fact that the next fastest man in history, Yannick Agnel, is almost six seconds behind. At the 2012 French Nationals, Agnel went 7:29.17, joining Hackett in the sub-7:30 club. This was the same meet where Agnel shocked everyone by breaking Biedermann’s SCM 400 free record in 3:32.25. So despite being on incredible form (while also acknowledging Agnel was always better in the 200 and 400), the Frenchman was still a distant 5.75 seconds shy of Hackett.

The now 39-year-old Queensland native averages out to be 0.71875 seconds faster than Agnel per 100, ranking third among all male world records behind Peaty’s 100 breast (1.41) and 50 breast (0.76).If we look at the dominance of each world record by calculating each record-holder’s gap over the #2 swimmer of all-time per 100 meters, Hackett’s swim comes out near the top (excluding all yards swims).

Now if we bring the women’s records into the mix, they take over a lot of the top spots. Ledecky and Hungarian Katinka Hosszu both rank inside the top-10 twice, and Sarah Sjostrom‘s 50 fly shoots up to #2 overall. But, Hackett’s swim still keeps a spot in the top-10.

Unless FINA goes ahead and adds the men’s 800 and women’s 1500 to the lineup at Short Course Worlds, or someone like Paltrinieri, Florian Wellbrock or Mykhailo Romanchuk make it a priority to really go after Hackett’s time at a different SC meet, this record could stand for another 12 years and beyond.

The fact that this world record is currently still standing is extremely impressive considering the threats from Romanchuk and Christiansen both swam 7:25 highs and is only still the 3rd and 4th fastest times in history behind Hackett’s 7:25.2. really shows how impressive this record is and also the fact that it is also older than Phelps 400 IM record by exactly 3 weeks. Still a bit surprised Hackett didn’t swim the LC 800 in Beijing but maybe there’s more to it than that. If by some unlikely force this world record lasts longer than Phelps’ 4 IM record, would it become the greatest world record of the century at that point?

Although no longer a world record, Mary T Meager’s 200 meter fly record of 2:05.96 set in 1991 stood for 19 years which is crazy when you think about it. They didn’t submarine off the walls the way they do now, which makes that time even more impressive.

I love looking at records progression. My favourite is Ian Thorpe’s 3.40.08 4free from 2002. Which, If not for the Super suits, would still stand as the current world record 18 years later. Crazy Talent

Why hasn’t FINA added the men’s 800 and women’s 1500 to the SC worlds program? Is it because the meet is 2 days shorter?

ok imo it isn’t underrated, it is a weird distance that not many people train for and it is scm

Govorov’s 22.27 50 fly is still in my opinion the sickest world record I’ve ever witnessed, even more impressive if you weight the fact that he’s not an amazing starter, his underwaters are nothing but average… but boy he got power!!

Why are all peopled named Grant ridiculous swimmers