Gregorio Paltrinieri Breaks Oldest World Record on the Books in 1500 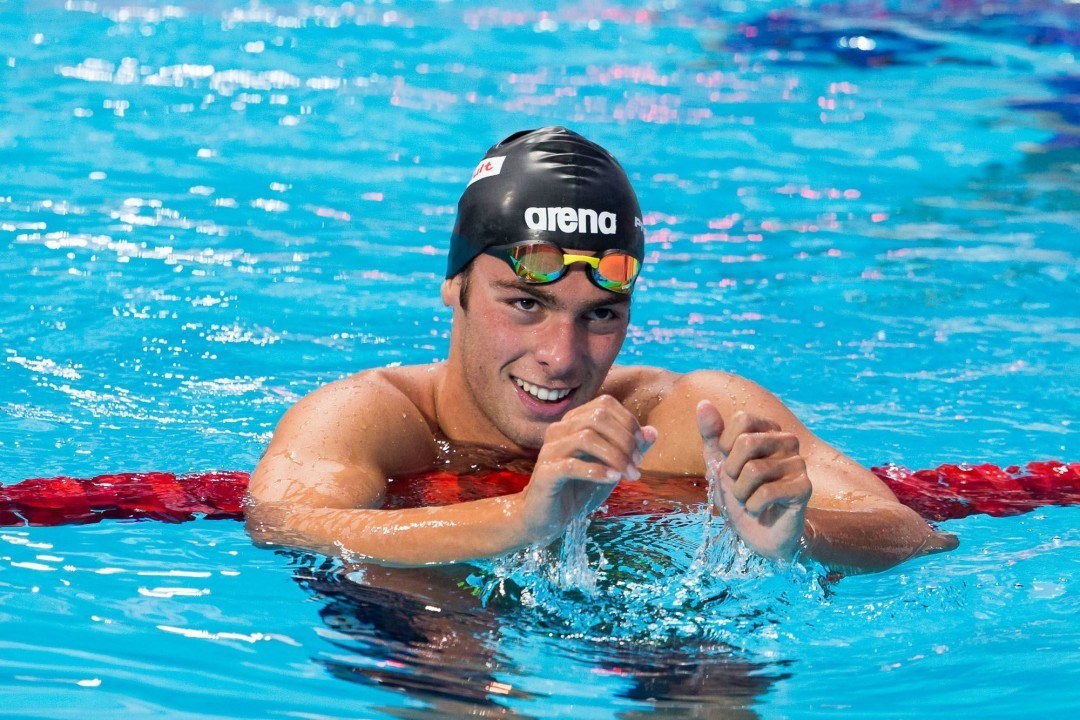 Italian swimmer Gregorio Paltrinieri has broken the oldest World Record on FINA’s books on Friday at the 2015 European Short Course...

Paltrinieri, who is the defending World Champion in the 1500 free in both long course and short course meters, broke a World Record in the latter on Friday.

Since this record was first recognized in 1992, it has only been set four times by two swimmers: Australians Kieren Perkins and Grant Hackett. That means Paltrinieri is the first swimmer to take the record outside of that country’s national borders.

Paltrinieri was also the former holder of the European and Italian Records, which he set at last year’s World Championships, in 14:16.10.

The Italians finished 1st and 2nd in this race, with Paltrinieri’s training partner Gabrielle Detti swimming 14:18.00 for 2nd place. The two are separated by just a week in age, and their coach Stefano Morini was recently named the Italian Coach of the Year for the second straight time.

Hackett still holds the oldest World Record on the books: his 800 short course meters free time from 2008 of 7:23.42 now holds that honor.

Was not able to see the race. I remember that in the past his turns were not the best. Have they improved? Great swim, I was not expecting that! Excited for the race in Rio!

Everything has improved. Still he does not turn world leading. Italy is doing really good in distance events.

Not sure which Paltrinieri you were watching Human Ambition!? Turns were terrible (no streamline, surfacing before 5m and losing about a quarter meter to the guy in lane 3 every time), start was comically horrendous (over a meter behind the field at 15m) AND he circle swam the whole race. The potential for a sub-14 is there, easy! He is a machine on the surface though, and that stroke tempo is off the charts.

I am mad because I did not see this and I am going to duel in the pool on friday! The 1500 is on saturday!!!

Hey Jim – link to the full results with splits is at the end.