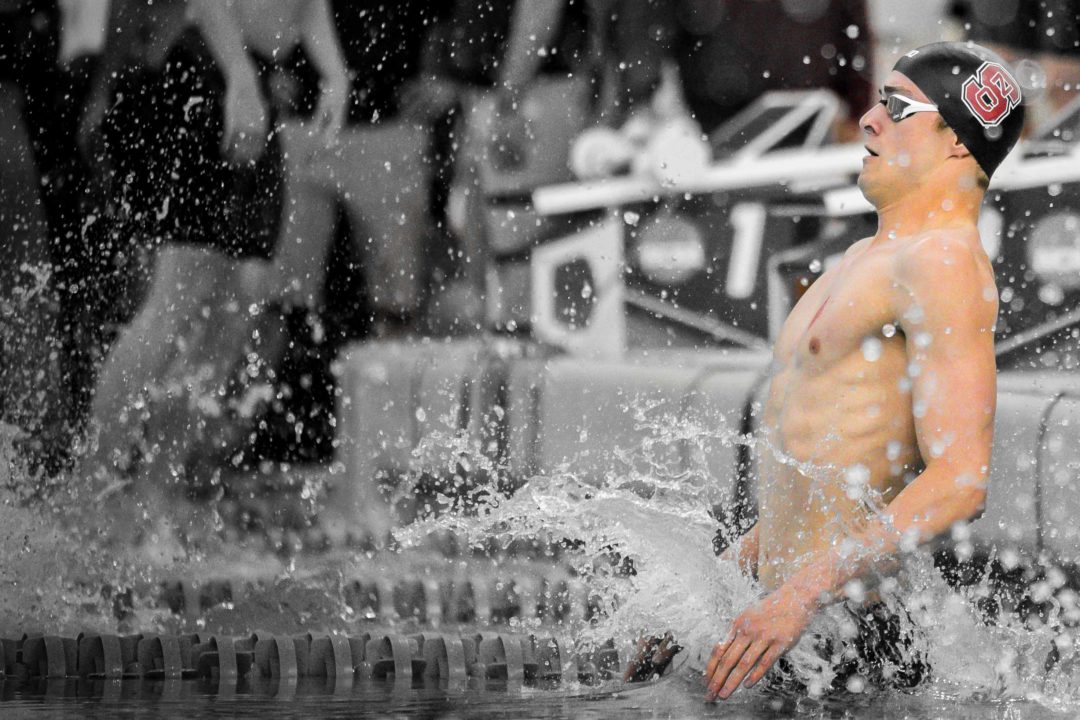 It’s September, and that means the start of the college swimming season.

We’ve spent the past few weeks dissecting every possible aspect of the coming NCAA season. You can check out any coverage you missed here, with links back to all of our preseason coverage, plus a few hints at what’s still to come.

As we do every year, we previewed each of the top 12 men’s and women’s teams in the nation in-depth. You can find all our previews here, or on our College Swimming Previews channel.

We got 8 staff members to pick each event winner half a year out. See our picks here:

We also ranked out the incoming freshman classes, pulling out the 12 best recruiting classes nationwide for both men and women:

In addition, we’ll be rounding out our preseason coverage with an updated set of our traditional Power Rankings, as voted on by a panel of SwimSwam writers and updated to include newly-revealed redshirts and surprise roster additions. Stay tuned to our College channel to keep an eye out for those rankings.

I’m confused where Alabama is going to fall? They’re not listed yet and still have IU, NC State, Texas, and Cal? Or is IU out with all their Srs gone and no Brinegar for the year?

I’m also confused, I initially thought that Alabama would be 6th behind Louisville, Michigan, NC state, Cal, and Texas but I don’t think Alabama is going to be 4th. Hard to imagine any other team besides Alabama or IU in the top 6 but I didn’t think one of those teams will end up 4th.

Agreed. Where is Alabama? Not in top 12? They have Liam Bell, Sesvold, and Wadell, and still have enough depth to be in A finals in medley relays and B in free relays.

Best case, Bell picks up 20 points, Sesvold adds a couple, Waddell adds 40 or so, that puts them right around 100 points, which will be 12th/13th ish.

Could flip them with our #12 A&M, but after the summer Casas had, and that… Read more »

Here’s an analysis of how much each team returns and doesn’t return next season: https://swimswam.com/who-return-the-most-points-looking-ahead-to-2020-d1-mens-champs/

Where’d you hear about no Brinegar?

Heard on the grapevine Brinegar is redshirting to get more training hours for Olympics. Not sure if it has been confirmed? Interesting to see if he goes back after his coach was fired.

How about a review of the mid-majors?

I think everybody can have his own opinion and be “pro” or “con” some previews, but you just have to notice the great job done by Jared and the Swimswam team to provide us with these hyper-detailed articles. I am a French swimmer (and a Michigan fan) and here in Europe we do not have any single magazine dealing with the US College sports, so you can imagine the level of interest of NCAA Swimming in France… GREAT JOB JARED !
And I hope Michigan is in the Top5 !
#GoBlue

The suspense is killing me!

This is a free plug at this point…unless Braden wants to pay me, but if y’all would subscribe to SwimSwam magazine and help these guys keep this going you would already know the answers to all your speculation. They’ve already published their top teams and top swimmers in the magazine…and it is awesome.

Thanks SwimParent! I’ve extended your subscription by one issue just as a ‘thank you’ for bringing some positivity to the comments sections, which so often lack it. 🙂

Will any SEC team be ranked ahead of the UF guys?

Doubt it. Next 6 should be Cal, Texas, Michigan, Indiana, NC State and Louisville (In no order). Might be a bit of a down year for the SEC as Alabama, Missouri and Tennessee all lost pretty key contributors

so Did florida with transfers

I’m here to see the ranked #3-5 teams and how the early evaluations think this year will go!

*missed seeing the Louisville women at #12…. So we know how they rank 🙈

I’ll predict women’s #6-#3 will likely be (in order) Texas, Tenn, NC State, Virginia. Texas and Tenn could be flipped, it’s a tough call. IU is out of the top 12. That is not a tough call.

On the men’s side, IU, with the loss of Zapple, Finnerty, and Lanza, loses 147 points just from those three for individually and more for relays and I dont think Brendan Burns can pull that up. NC state mainly loses Ress and Vazaios (66 points), but gain a lot of good freshmen. Louisville lose Harting and Marcelo (which was only 26 points) and wasn’t even ranked in honorable mentions in swimswams rankings of recruiting groups. Alabama loses Howard and Laurent but mainly gains Bell. Harvard loses Brennan to graduation and Farris to redshirt but not much else for relay legs. Missouri loses all their individual points. Im really bad a ranking but the only things I know is that IU… Read more »

Is that really a question? Stanford had them by a significant amount

Nope Hoos should be #1. No grad pts. The #1 freshman class by miles. Stanford looses Eastin & Ruck.
But betcha Swimswam will show there bias and put DeSorbo’s team in #2. They like Meehan a lot here.

I agree. Virginia should be numero uno. They have the best freshmen class by far. Hard to say if they will beat Stanford of Cal at NCAAs but they sure are looking good for the next few years

I think Stanford has this one, though Cal has a great and very developmental freshman class, along with some current swimmers on the rise.