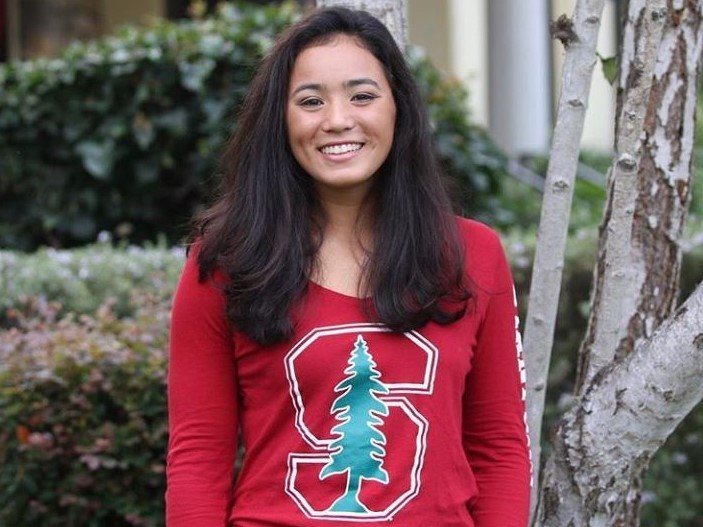 North Carolina Tar Heels: The first freshman class for new head coach Mark Gangloff is small but mighty: #19 Ellie VanNote from in-state, Top 20 HM Caroline Cooper, sprint freestyler Amy Dragelin, plus diver Paige Burrell. VanNote and Cooper are nearly identical: both are specialized in butterfly, with VanNote at 53.4/1:56.1 and Cooper at 53.9/1:56.0, with VanNote’s front-end speed in the 100 getting her the nod into our top 20. They’re both really good at the 200 fly, but neither have times near an NCAA invite range in any other events. Dragelin’s been 50.0/1:47.8 in free and 2:01.7 in the 200 IM, and Burrell was a Pennsylvania HS diving champion.

Minnesota Gophers: The names aren’t super recognizable, but this is a quietly strong class for Minnesota. The big get is Grace Bennin, who was stuck at 1:02.13 in the 100 breast for awhile then blew right past that last season at the Wisconsin HS Champs with a 1:00.65, making her a steal of a breaststroke pickup outside of the top 20. Minnesota just graduated their #2 breaststroker, Rachel Munson, and will graduate one of the best SCY breaststrokers in the country in Lindsey Kozelsky next year. Emma Lezer is another nice BR addition (1:01.4/2:16.2), and Maggie Summit (22.9/50.0/1:47.7) and Jordan McGinty (23.1/49.9/1:48.6) pairs nicely with Bennin’s 22.8 for a sprint boost that the Gophers badly need.

UPDATE: Embarrassingly, we have missed several recruits in our ongoing commit coverage which have not shown up on the first publication of this post. We have added confirmed updates or removed erroneous additions and will track down other changes pointed out to us in the comments as necessary, which has resulted in rank changes.

Kaitlynn Sims is the newest addition to Michigan’s dominant distance dynasty. She’s not far from top eight scoring range in the mile with her 15:57.34, which is still good enough to score in the B, while she’s right outside of B final range in the 500 free (4:39.52). Sims is the best distance swimmer in the entire class, and Michigan will turn to her to help out after being gutted by the graduations of NCAA scorer Rose Bi along with Becca Postoll and Katherine Duggan.

Megan Glass has a solid sprint fly/free presence, at 53.2/1:57.1 in fly and 50.4/1:47.7 in the free. Besides the clear power in fly from rising sophomore Maggie Macneil, who has only gotten more lethal over the summer (she dethroned WR-holder Sarah Sjöström in the 100 fly at Worlds), Michigan is a bit lacking in fly depth, and top 200 flyer Vanessa Krause is about to graduate after this season. Glass projects a bit more to the 200, which is good considering Macneil is a pure sprinter anyways.

While the quality over quantity argument does hold true here, thanks to Alexandra Crisera and Emma Wheal both being fantastic sprinters in a sprint-favored NCAA system, this is not a huge haul for three-time defending champions Stanford.

Both Crisera and Wheal also have another great stroke. Crisera has been 52.8/1:54.4 in the backstrokes, not far off of 2019 NCAA invite times, while Wheal brings a 53.4 100 fly. They should make for malleable relay pieces given their sprint capabilities in multiple strokes.

Since the departures of sprinters like Simone Manuel, Lia Neal, and Janet Hu, Stanford has often had to get a bit creative with their free relay lineups (like bringing in Katie Ledecky or Ella Eastin). Crisera, Wheal, and Crage will join the new era of Cardinal sprinters, and it’s likely that next year’s 200 and 400 free relays will have no more than one upperclassman (junior Lauren Pitzer).

Florida has had trouble recruiting and developing elite sprint free talent, but this class is a step in the right direction. Bates has the potential to develop into a Sherridon Dressel-esque sprinter with her strengths being in the same three strokes (fly/free/back), and the sprint base of the group is bolstered by the distance options and Golding’s potential in the IM.

By far the best mid-major class in the country, Princeton is led by #11 Zephy Koh and Emily Trieu, both out of Brea Aquatics in California, and freestyler Ellie Marquardt. This is a monumental class for Princeton, who sent just one athlete as a team to the 2019 NCAA Champs: diver Mimi Lin. They could have an individual NCAA qualifier or two individually come next March, though.

Koh is hard to ignore as the top 200 flyer in the class with a 1:54.6 done this past winter, which puts her more than three seconds quicker than any Tiger was on last year’s roster. That time would’ve scored in the B final at NCAAs at 12th, making her a huge asset with national salience to the Tigers. She has been 53.8 in the 100 back, while both she and Trieu are 53.2 in the 100 fly.

All-in-all, this class will play a huge role on relays, too, and there will likely be freshmen stepping up on all relays (especially on the 400 medley and 400 free relay). These seven could make serious ground for Princeton’s pursuit of Ivy League leaders Harvard and Yale.

I love seeing the word “explicated” in the comments section! Well done!

As well as Elizabeth Boeckman

Stanford is hurting with this class, and arguably is over ranked with their class still. Regardless, they have the best non-Ledeckey female swimmer in the country committed to swim for them the next year… if she doesn’t go pro. The question is if Smith could do 2 individual events in one day and win both. I think the backs are a lock. Could she do 2Back and 2Fly or 1 back 1 fly dirty double duty? or 2 free and 1 back? so many options, and will be fun to see, but overall Stanford will be taking a step back and will finish 2nd-5th in the next 2-3 years.

Stanford should be higher.

Should be unranked or honorable mention imo