So Who Gets to Swim the Stroke 50s At Worlds? 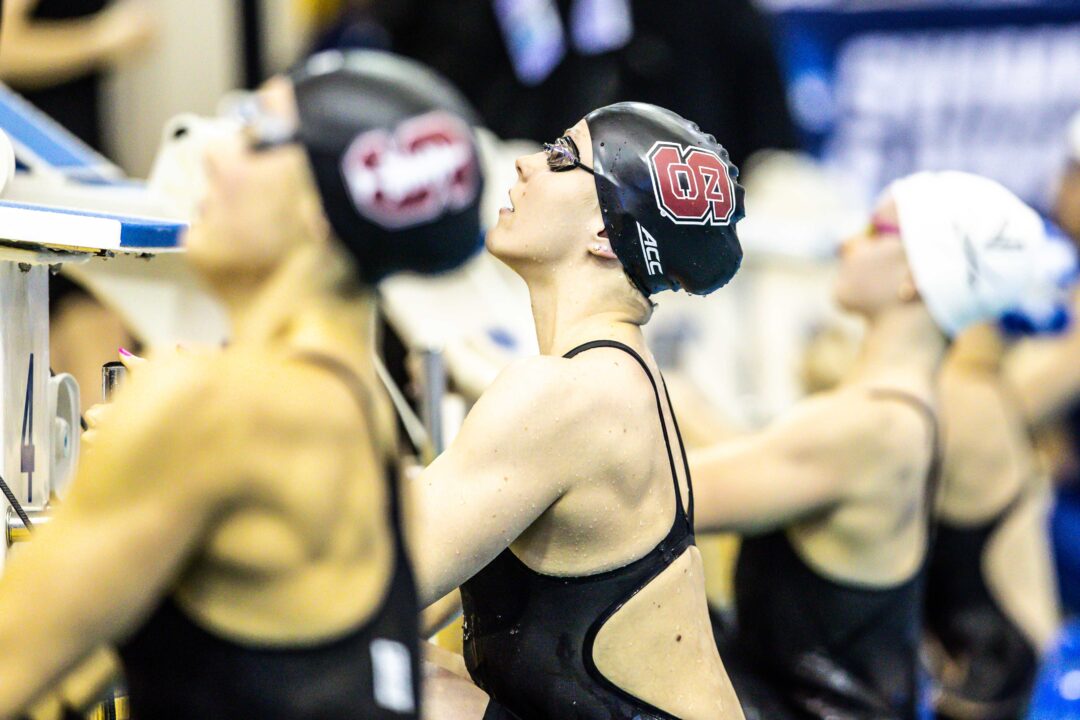 Now that we’re able to project that all US swimmers who qualify for Worlds will be able to make the team without bumping into roster size restrictions, it’s time to answer everyone’s next-favorite question — who will get to swim the stroke 50s?

Unlike the “Olympic Events,” where the top two finishers automatically swim those events at Worlds, the USA’s qualifying procedure for the stroke 50s is a bit more complicated. And that’s caused some consternation among swim fans this week, especially with some of the crazy fast times we’ve seen from 1st, 2nd, and even 3rd place finishers in a few of the stroke 50s.

You can sift through the full criteria here, but based on our understanding, the “simple” version is this:

Clear as mud, right? Let’s try it with a handy dandy little chart.

Remember, Andrew and Ress don’t get the 2nd spots in their stroke 50s because they finished 2nd at Trials, but because they have the fastest times in those events since March 1st, 2020 and also have FINA ‘A’ cuts. It just so happened that they achieved those times with 2nd-place finishes at Trials.

Likewise, should one of the women’s 50 back or 50 fly qualifiers decline their spot, the spots should be offered to Rhyan White (back) or Natalie Hinds (fly). Again, they would be offered those spots because of the times they’ve swum, not (directly) because of where they finished at Trials.

With all of the double winners in 100 especially on womens side, what are they going to do for prelim swimmers in 400 medley relays to secure spots for this multi event swimmers

At a guess they use Rhyan White for the backstroke leg. One of the other 4×1 free swimmers takes the free leg, maybe Kate Douglass on the fly leg depending on her schedule.

Why do they make it so complicated? I do not understand why they treat 50 strokes like the red-headed step child.

Robert you provided a good breakdown but it seems rushed as there are errors and omissions. If Fink were to decline the spot? Seems like you didn’t finish the sentence.
Why mention Andrew’s back when writing about the fly?

If you get the second spot in a 50 by way of winning the corresponding 100, do you also have to have an A cut in the 50?

It would be truly baffling if USA Swimming has someone (Lazor) who is both a. already qualified for the team, and b. has the FINA cutoff, yet prohibits them from swimming a race.

Like I get not wanting to give a team slot (even a last-priority slot) to someone who only qualifies for a stroke 50– sending swimmers to a meet costs money, it’s the same reason a lot of countries won’t send someone who doesn’t project to final– but once they’re already there anyway, why not let them have at it?

I don’t think Lazor has the A cut in the 50 breast, if she does it would be offered to her because nobody else in the team has it

As someone pointed out, it looks like Lazor’s opening split in the 100 was under the A cut for the 50. Not sure if USA Swimming will let that count or not.

According to the rulebook (did not read through the selection form), opening 50 splits counts as long as it is an official finish done at the 50 turn (ie.for a 50 back split to count from the 100 back, they would have to do a finish on their back before continuing the race).

Interesting question:
Justin Reds qualified for the 50 back by courtesy of his 6th place 100 free, making him an individual swimmer and not a relay-only swimmer.
Now that he’s not a relay-only swimmer, team USA isn’t obligated to use him on the relay anymore, right?
So if, say, Kieran Smith goes sub 48 at the training camp in a time trial(style Manuel in Tokyo or Phelps in Rio) and is used on the relay leaving Ress out of both prelims and finals, Ress would actually be swimming the 50 back but not the 100 free relay, even though the 100 free relay is the REASON he made the 50 back.
Paradox, eh?

Yes kind of a funny little loophole in the rules, but that seems to be correct.

Though, I think they still might use Ress in prelims in that scenario. Without Russia, you basically have to avoid 49-second splits and with the 6 weeks until Worlds, Ress should be able to avoid a 49 second split.

Depends on how USA Swimming list people on the entry to FINA, but they could list him as a 50 backstroker and not designate him for the relay and then make the choice at the meet.

It’s weird the criteria eventually gets to who’s fastest over the last two years before who finishes highest in the final at trials, right? I feel like the US’s criteria for almost everything else goes by order of finish in the final.

That the winner of the 100 is basically the priority selection for that second spot seems crazy, too. How there’s not a way to pre-empt that with the highest place finisher in the 50 final that’s on the team would seemingly make sense. Such a weird way to pick a swimmer in an event, like the winner of the 200 automatically getting the second spot in a 100.

The 50-100 relationship is different from the 100-200 relationship.
50,100 are both pure sprints and share a lot of elite swimmers nationally and world wide, while the 200 is a totally different story.

I think the takeaway is that USA Swimming what’s to minimize the reward and incentive for training for non-Olympic events.

If Lilly declined her spot in the 50, but used her 100 win to qualify for the team in the 50, would Kaitlyn be able to swim the race since she is the second fastest qualifier. Ik I could be missing the point but I’m just thinking far into this

quote from article above
“4. There is no way for someone to qualify for the Worlds team on the basis of finishing 2nd in a stroke 50.”