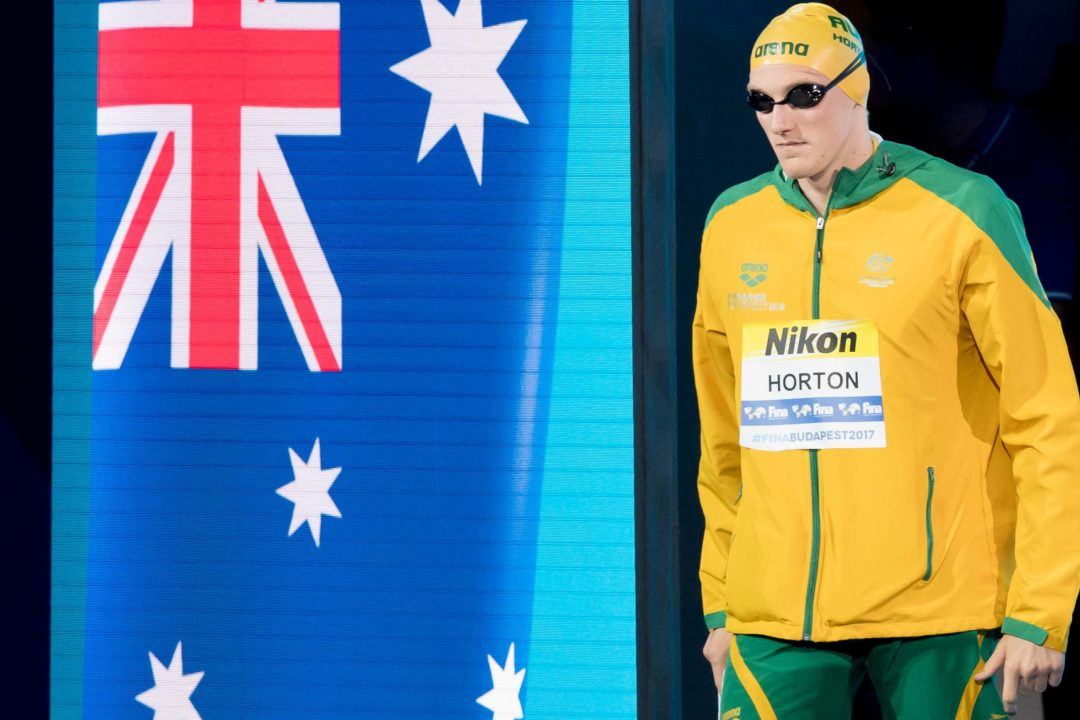 Australia and Russia moved up to double digits to tie China for 2nd with 10 total medals. Current photo via Mike Lewis/Ola Vista Photography

The Americans reached 38 medals in the final swimming medal table of the 2017 FINA World Championships. On the final night of competition, they won 4 more golds. Lilly King got the ball rolling with her victory and new World Record time of 29.40 in the 50 breast. King returned at the end of the session for the women’s 400 medley relay alongside Kathleen Baker, Kelsi Worrell, and Simone Manuel as the USA broke the World Record with a 3:51.55. In the 400 IM, Chase Kalisz became the first man to break 4:06 since 2012, winning gold in 4:05.90. Finally, the American men pulled in one more gold as Matt Grevers, Kevin Cordes, Caeleb Dressel, and Nathan Adrian won the men’s 400 medley relay.

In terms of total swimming medals, the USA picked up 38, giving them over 18 more than any other country. Australia and Russia moved up to double digits to tie China for 2nd with 10 total medals. The Russians picked up 3 more medals thanks to Yuliya Efimova‘s 50 breast, the silver medal-winning women’s 400 medley relay, and the bronze medal-winning men;s 400 medley relay. Australia got a bronze from the women’s 400 medley relay and an individual bronze from distance free standout Mack Horton in the men’s 1500 free final.

Leah Smith overachieved at trials otherwise there probably would have been another American medal. Smith should have been in the 1500 and not long shot events like the 200 and 400 IM.

Leah Smith’s time at finals was 3 seconds slower than her trials for the 400 IM. Had she maintained her cool or probably didn’t swim the 3 rounds of the 200, who knows she could have dropped another second and got bronze. And she was probably already exhausted by the time 400 IM came around.

Best ever performance for USA at the worlds.

So how about putting on a full FINA Worlds & actually contributing ?

Can we take a minute to just say how amazing a meet this was from a spectator and support standpoint. I have no idea about the logistics but from the sound of the crowds and knowledge of the fans toward great swimming it’s hard to imagine a better atmosphere. Also seemed like a beautiful venue as well as FAST pool!!

Thank you Hungary for hosting an amazing championships and supporting these great athletes the way they deserve!!

Australia lower on the swimming tally than the all sports tally. Who’d have thought?

A few meet observations below…

1. NEW AMERICAN SUPERSTARS: The Phelps/Lochte era is over and you’re seeing a new generation of superstars assuming the mantle. Swimmers that were considered “rookies” just 2 years ago have now assumed leadership roles and seemingly settled into their shoes as superstars in the sport. I think this process started in Rio 2016, but has really solidified in Budapest. Caeleb Dressel, Simone Manuel, Chase Kalisz, Kathleen Baker, Lily King,… Read more »

Great recap. I think there is a frenzy of people looking for those Mizuno suits, seeing Dressel and some of team USA wore them.

Arena didn’t too bad either, specially with Sjostrom, Katinka, Peaty…

* The 50s are indeed a waste. I hope the Olympics are wise enough to withstand the push to include more of them. Everything is a splashy blur…signifying nothing or mostly nothing. The only one I care about is the 50 breast because it resembles an actual race with more time to recover or use actual strategy. Plus the water is comparatively calm.

* Katie’s 800 should not have surprised anyone. She would have fared many seconds better in that race if it had preceded the 200 defeat, not followed it. Situational impact is horribly evaluated by the sports media and sports fans in general. Somehow everyone expects an energized bounce… Read more »

To Break it down a little:

In traditional Olympic events (’96 to ’16) the US won 14 gold medals and 18 minor medals for 32 total. Not quite as good as Rio, but not bad at all when you consider the team lost the likes of Franklin, Jaeger, Maya DiRado (3 ind. medals) and Michael Phelps (need I say more) and also suffered regressions by swimmers like Dwyer, Murphy, Prenot and arguably Ledecky.

In you look the new (and poor) additions, then the US picks up another pair of gold medals, which would make it 16 gold and 34 total.

Ledecky probably would have won the 200 free if she had not swum the 1500. That would have added another gold for 15.

Munder NOT most foul on the high swimming seas of the Danube!! 38 medals topping a table……supposedly followed by a total of 7 medals by Team GB!!?? Let’s be clearned folks, don’t be misled or perturbed- China, Russia and Australia represent the top 4 nations in world swimming. Hungary, Italy, Britain and Brazil come next. It’ll be interesting to see which of the latter group remain consistent in bringing through talenthe to take on the world. Li, Milak, Galat, Smith & Blume show the range of youthful possibilities out there…GREAT COMP with CRAZY LOUD SUPPORT!! THANKS HUNGARY!!!