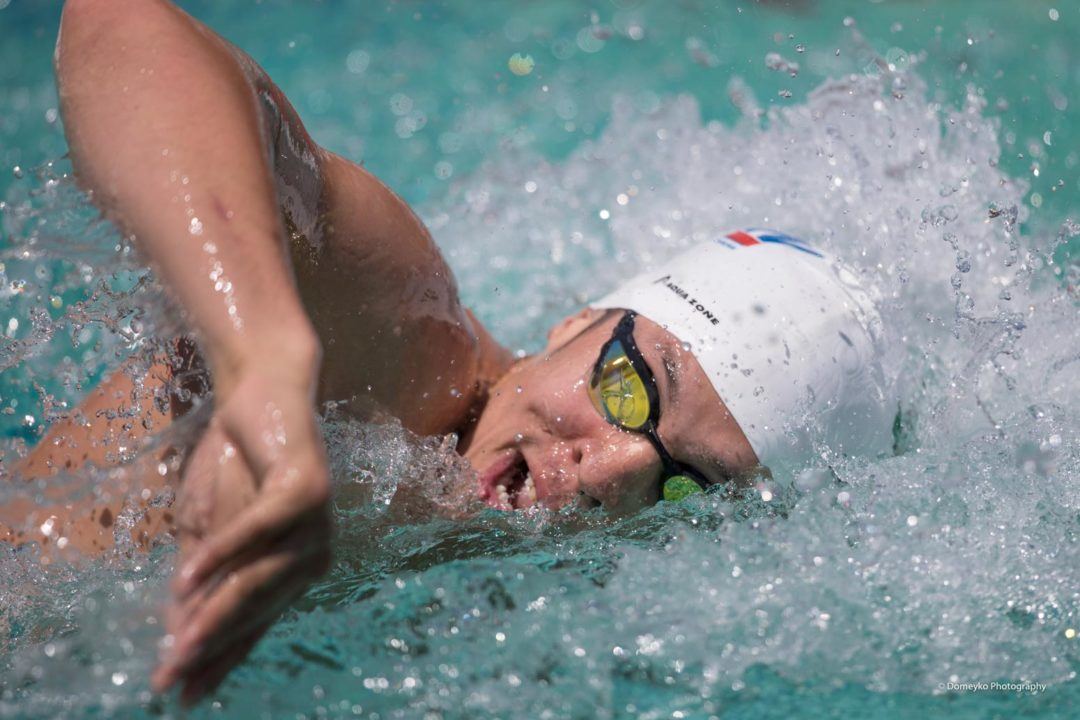 Jose Martinez and Monika Gonzalez-Hermosillo both improved upon their own Mexican national records in the event to win the event. Archive photo via “Rafael/Domeyko Photography”

Jose Martinez had a solid performance in the men’s 200 IM, posting a 2:01.46 which was fast enough for a new Mexican record in the event. The swim made him the first-ever Mexican man to break 2:02 in the event, improving upon his own national record of 2:02.09 which he set at the 2019 Pan American Games. Countrymate and Mexican 400 IM record holder Hector Ruvalcaba Cruz finished just under a second later with a 2:02.45 for the silver medal. Coming in for the bronze medal, Patrick Groters posted a 2:04.58 which trails his own Aruban record in the event of 2:01.62 from 2019.

In the women’s 50 freestyle, the title was actually split between Madelyn Moore and Jeserik Pinto as they both touched with a 25.95 for the gold medal. Not only did Moore swim the exact same time as Pinto, but she also exactly matched her own Bermudian record in the event which she previously set back in 2018. Texas A&M swimmer Fresh Sathianchokwisan rounded out the top 3 in the event, hitting a 26.01 for bronze.

Mexican national record holder Melissa Rodriguez collected her second breaststroke win of the meet with her 2:28.49 200, adding to her previous win in the 100. Rodriguez’s current Mexican record in the event stands at a 2:25.54 which she set back in 2019. Rodriguez’s winning time was a decent amount ahead of second place finisher Micaela Sierra who posted a 2:34.27 while Krista Juardo hit a 2:36.21 for bronze.

Some really great news for Swimming in Mexico!