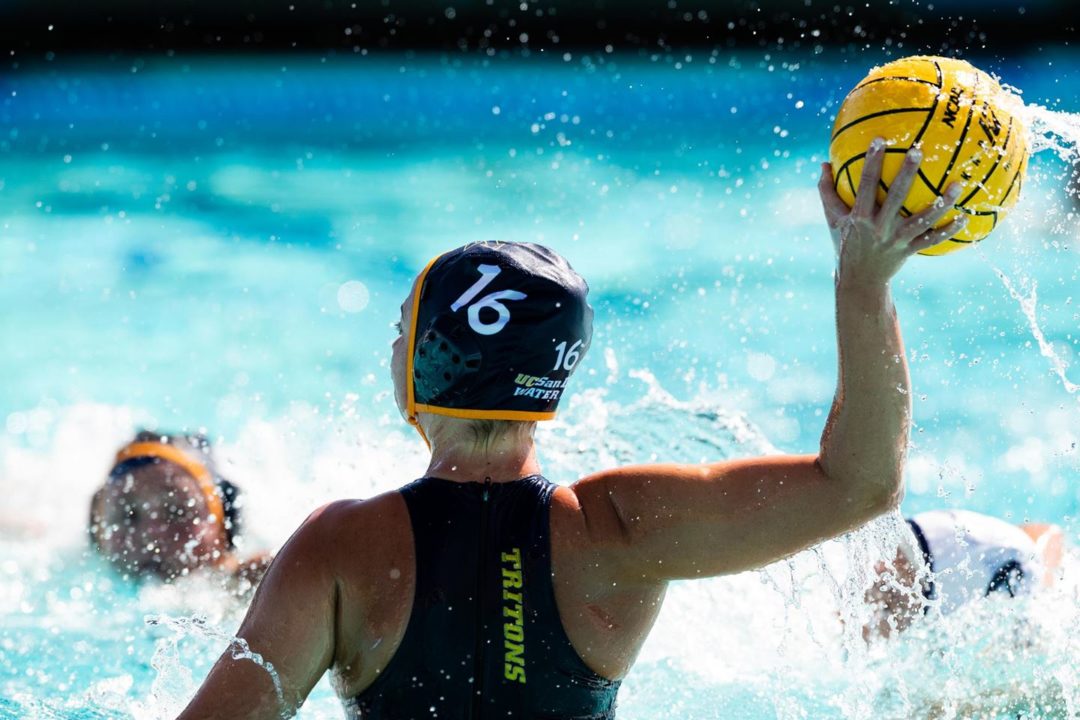 The No. 9 UC San Diego women's water polo team fell short of a spot in the Big West Tournament with a 12-11 loss to No. T-7 UC Irvine. Archive photo via Derrick Tuskan/UC San Diego Athletics

LA JOLLA, Calif. – The No. 9 UC San Diego women’s water polo team fell short of a spot in the Big West Tournament with a 12-11 loss to No. T-7 UC Irvine. The Tritons wrap up their season 9-8 overall.

HOW IT HAPPENED
The first quarter was a back in fourth affair with neither team taking more than a one goal lead. Tera Richardson, Sydney Boland, Annika Arroyo and Karis Couch scored for the Tritons. Couch’s goal in the final minute of the quarter put the Triton’s up 4-3.

The Anteater’s outscored the Tritons 6-1 in the second quarter to take control of the game. Ciara Franke scored three goals in the third quarter and Richardson added another to cut the deficit to three goals.

Down 12-9 heading into the final frame, the Tritons played excellent defense to keep the Anteaters off the board. They limited UC Irvine on three power play opportunities in the top of the fourth quarter. Arroyo scored on a power play and Boland made it a one-goal game with 1:25 remaining in the game. The Triton’s got one more shot on offense, but Jessee Ransone’s shot was blocked by the UCI keeper and the Anteaters were able to drain the clock.

UP NEXT
All Conference awards will be announced next week.