IOC Rule 50.2 Allows Athletes To Protest On Field Of Play Prior To Competition 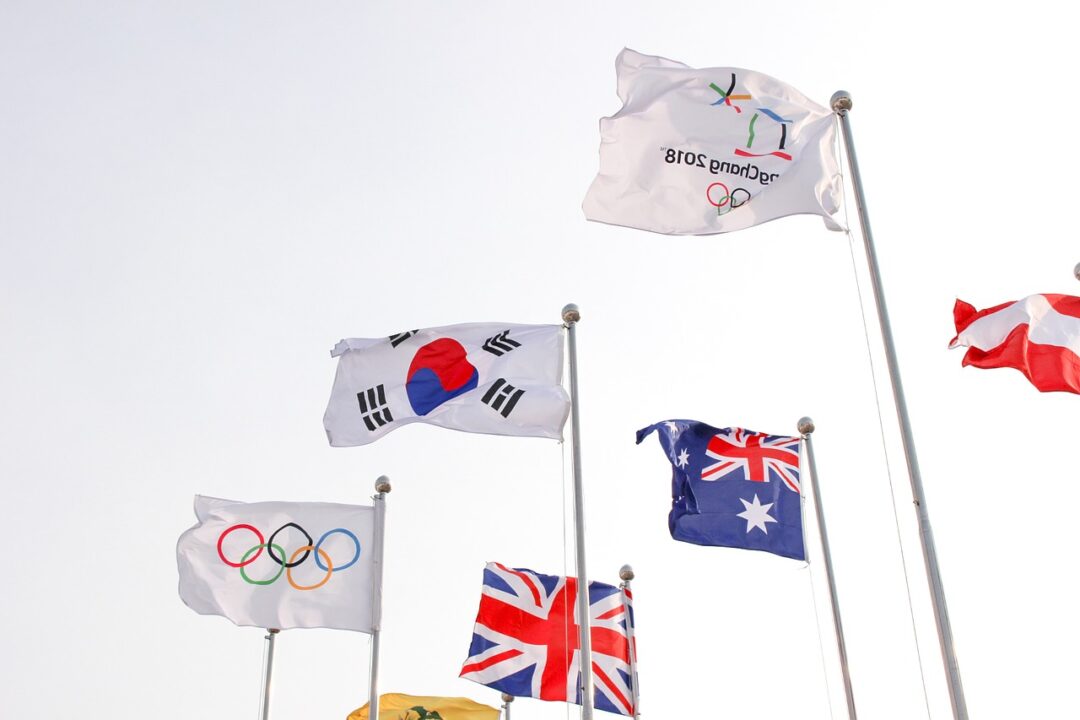 The update to Rule 50 gives athletes the ability to express their views prior to competition during athlete/team introductions.

The International Olympic Committee released on Friday, July 2, a set of guidelines with “guidance on the implementation of Rule 50.2 of the Olympic Charter. Rule 50 of the Charter encompasses how athletes are permitted to express themselves at the Olympic Games, including the rules regarding protesting both on and off the Field of Play.

“During the Olympic Games, athletes also have the opportunity to express their views, including:

“When expressing their views, athletes are expected to respect the applicable laws, the Olympic values and their fellow athletes. It should be recognised that any behaviour and/or expression that constitutes or signals discrimination, hatred, hostility or the potential for violence on any basis whatsoever is contrary to the Fundamental Principles of Olympism.”

Rule 50.2 as compared to the original boundaries of Rule 50, does offer athletes more opportunities to express their views than were previously available. While athletes were already permitted to do so during press conferences, traditional or digital media, or in the mixed zone, the biggest update is that athletes will now be allowed to express their views on the field of play prior to competitions, so long as said expression stays consistent with the stipulation mentioned above.

This provision on the updated rule is in stark contrast to the previous iteration of Rule 50 which said that “no kind of demonstration or political, religious or racial propaganda is permitted in any Olympic sites, venues or other areas.” While this is the first example of the expression of athletes’ views being permitted on the field of play, protest is still prohibited during competition, on and around the podium, and during the opening/closing ceremonies.

International Olympic Committee Athletes’ Commission Kirsty Coventry discussed the announcement, offering that “the new guidelines are a result of our extensive consultation with the global athletes’ community”, “While the guidelines offer new opportunities for athletes to express themselves prior to the competition, they preserve the competitions on the Field of Play, the ceremonies, the victory ceremonies and the Olympic Village. This was the wish of a big majority of athletes in our global consultation.”

More than 2/3 of the athletes in question responded by saying that protests should occur at the Olympic Games during competition, on the medal stand, or during the opening and closing ceremonies.

Athletes’ rights and ability to protest during international competition came into focus 2 years ago at the 2019 World Swimming Championships. There, Australia’s Mack Horton refused to stand on the podium with Sun Yang after the 2 won silver and gold, respectively in the men’s 400 freestyle. Horton’s protest was due to Yang’s then-on-going doping investigation. As a result of his protest, Horton and Swimming Australia were sent ‘warning letters’

Following Horton’s protest at 2019 Worlds, Duncan Scott engaged in a similar protest after winning a bronze medal to Yang in the men’s 200 freestyle. While he did stand next to Yang on the podium, Scott refused to shake hands or take a photo with Yang afterwards.

Following Scott’s protest, Yang approached him and said something to the effect of “you are a loser, I am a winner.” That interaction was also recorded during the event broadcast:

Following Scott’s protest and the subsequent interaction, both Scott and Yang were issued ‘warning letters’ by FINA. The notices read that “both competitors had an inadequate behaviour on this occasion, which is not acceptable in accordance with the FINA Constitution Rule C 12.1.3.”

Considering that the 2019 World Championships was not an Olympic Games, there was no official ruling regarding their compliance with the IOC’s Rule 50. Considering, however, that in Rule 50.2 the podium has been intentionally left off the list of acceptable places for athletes to express their views, Scott and Horton’s actions would not be considered acceptable at the Olympic Games.

Why can’t sport just be sport? We get enough of politics here at home.

Ah hah. I see the problem. You thought the Olympics were about sports.

But, it’s all been a lie. I’m really sorry about that. I thought you knew by now.

The modern Olympic games haven’t even been around for a thousand years so I don’t know what you’re on about.

Even so, nation’s have always taken advantage of the political opportunities the Olympics can provide. Infamously, the 1936 “Nazi” games, the US led boycott of the 1980 games, then rhe 1984 USSR led boycott of the games in LA. 2008 China promoting a carefully crafted image of a peaceful harmonious and prosperous nation.

I remember you under the Denver swim post… now it all the spite makes sense.

The Olympics are all about representing your country in which you were sent. No one “told” me this isn’t about politics. It frankly isn’t. It’s an event for the world to come together and compete with each other in an event that only comes around every four years. Yes, there have been times when undoubtedly politics interfered in some way with what was going on in the Olympics but the Olympics at its peak is politics free. You think people cared at all about politics during Phelps’ run in Beijing? It’s sad that we must continuously throw divisional politics into places where we can… Read more »

Having very clear memories of the 1968 Mexico City Olympics — with raised Black Power fists — I can only hope that a year of Covid–19 has been more than enough suffering and grief for one and all. Please, athletes, spare us your individual or collective gripes, grievances, or protests — FOR THE SAKE OF THE UNITY OF OLYMPIC SPORT!

Please athletes, know your place! We will tell you when, where, and how you can protest.

Quite a few people not getting the joke…

I look at these rules, and nothing seems wrong until I get reminded that Duncan Scott and Mack Horton protesting Sun Yang’s participation at the 2019 world championships is why these rules exist. All because FINA didn’t have the balls to ban China’s golden boy when he was literally destroying evidence right in front of them.