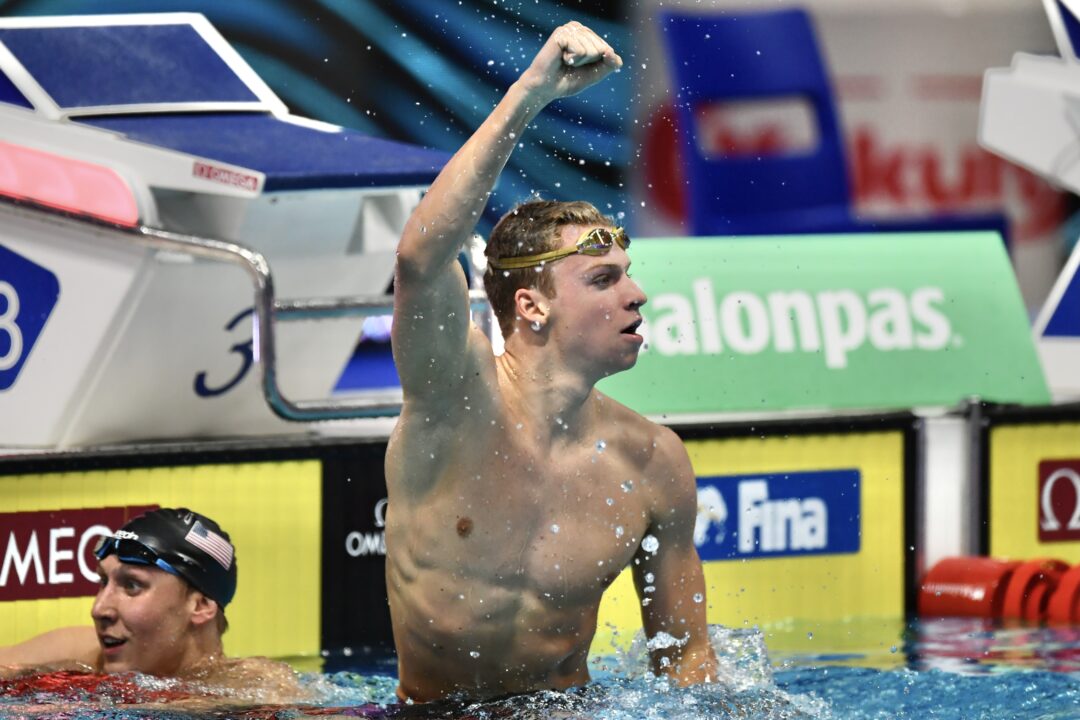 Now that the 2022 FINA World Championships are over, it’s time to take a look back at our predictions to see how they compare to how the meet actually shook out.

One of the big factors that lowered our batting average is injuries. We started writing our previews three weeks out from the meet, and a lot happened in that time and at the meet itself. We predicted 11 medals for swimmers in events that, for one reason or another, they didn’t end up racing.

Caeleb Dressel is the biggest example—we had him set for four individual golds. Siobhan Haughey withdrew because of her ankle injury, Shayna Jack broke her hand in the warmup pool, and Arno Kamminga didn’t swim the 200 breast due to illness. Kaylee McKeown scratched the 100 back, where she’s the world record holder. Duncan Scott and Ahmed Hafnaoui never suited up in Budapest.

Out of 126 medals podium spots (not counting ties, which we did not account for in our predictions), we put 37 medalists in the correct spot. We had another 44 medalists correct, but gave them the wrong color medal. Added up, that means that we got 81 medalists correct, or 64.2%.

Even with Dressel pulling out of the meet early, we still did the best at predicting the gold medalists. Having Katie Ledecky all but locked in for three wins helps pad that stat, but we still correctly predicted 19 out of 42 winners for 45.2%.

We got 12 silver medalists right, or 28.5 % of those medals. We did worst with the bronze medals and were right on just eight of those, or a lowly 19%. These numbers aren’t entirely surprising given that in many events, like Ledecky’s, the gold medalist might be straightforward, and then things get increasingly bunched up as we move down the podium.

What We Got Right

We were also right about both of Mollie O’Callaghan‘s individuals. The rising teen star had a strong follow-up to her international breakout at the Tokyo Olympics, winning gold in the 100 free and silver in the 200 free. She also played a role on four of Australia’s medal-winning relays, including a world record in the mixed 4×100 free relay.

In addition to the four podiums we got right, there were five podiums where we were correct about the gold and silver medalists.

While we awarded Sarah Sjostrom a bronze in the 100 free when she actually earned silver, we also correctly predicted that she’d win the 50 free and 50 fly. This was far from the hottest of takes, but shows that she’s progressing nicely after her elbow injury last year.

What We Got Right

While we didn’t get the medal count right, we were right about the U.S team’s dominance at the meet. 44 medals seemed a little high heading into the meet, but the U.S actually surpassed that, winning 45 medals and setting the most records for a nation in a single world championship.

We were right about the medal counts for both Brazil and the Netherlands. However, while we were correct about Santos and Kamminga medaling in the 50 fly and 100 breast, respectively, the second medalists were a surprise. For Brazil, Guilherme Costa surprised with a bronze medal in the 400 free. The Netherlands out-touched Great Britain for bronze in the mixed medley relay.

Despite the -3 difference, we actually weren’t too far off on our predictions for how Great Britain would far at this meet. Two of those predicted medals belong to Duncan Scott, so the difference is only -1.

Pretty impressive predictions given the circs.

Marchand has been on fire since the NCAA.

What was your prediction on 4×200 Free womens relay?

The difference total between the actual vs. predicted medal table sums up to +7. I don’t get it. Did you do something wrong or am I just not understanding it?

I think ties might affect that, but I also think this table forgot to take into account the mixed relays, because this post shows 44 as the US projected medal count: https://swimswam.com/swimswams-predicted-world-championship-medal-table-based-on-our-previews/.

Yeah, that was a mistake–was using a medal table that didn’t include two relays. That brings the total to 126, which makes the difference between the actual v. predicted medal table +1, which it should be since we didn’t account for the tie for bronze in the women’s 50 free.

SwimSwam: No Erica Sullivan to win silver behind Katie? The best we can do is *squints at notes* her club teammate.

Pretty sure SwimSwam’s projections and the actual race outcome had everything to do with Katie Grimes’s own personal merits and not her club team designation.