SwimSwam’s Predicted World Championship Medal Table Based On Our Previews 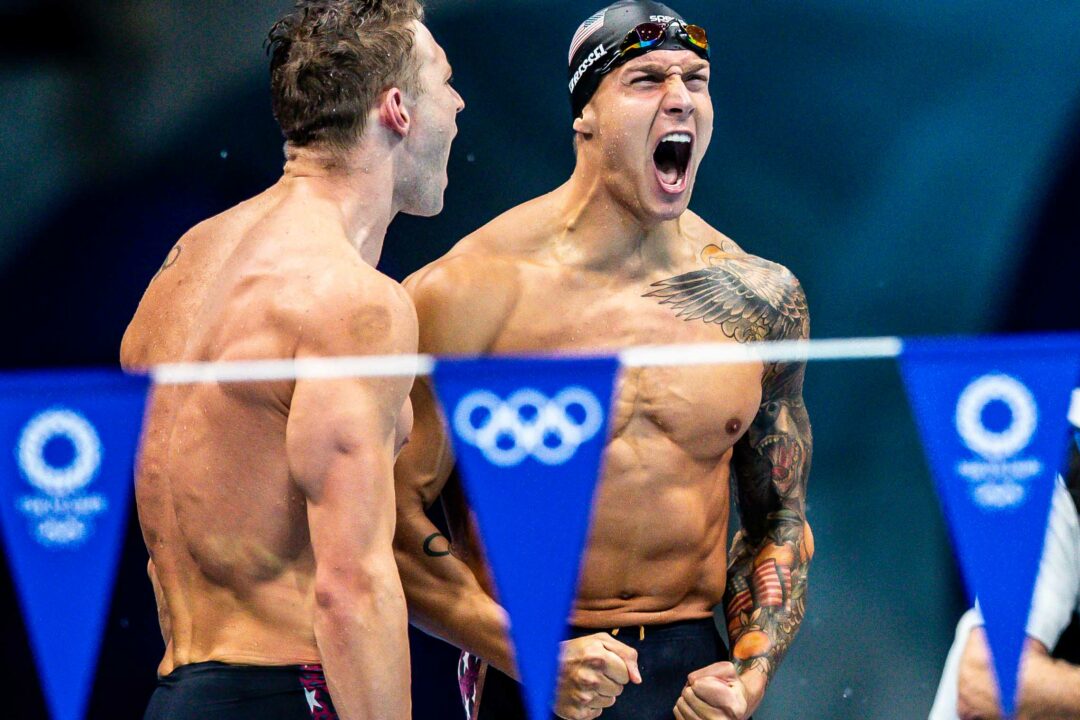 In the weeks leading up to the 2022 World Championships, which are now just hours away, we’ve been providing in-depth event-by-event previews, predicting which swimmers and nations will reach the podium in Budapest.

See all of our previews here.

Now that it’s just about time for the swimmers to take to the blocks, here’s how our projected medal table looks based on the previews:

*After a preview was published we learned Ahmed Hafnaoui would not be competing in Budapest.

To no one’s surprise, the United States comes out on top with a bullet, earning nearly half (20 out of 42) of the gold medals and 44 total.

Australia, facing a few key absences at the competition, comes out with six gold, 17 total medals, while China emerges third on the medal table while Italy and Canada are tied for the third-most medals with nine (table ranks countries based on gold medals).

How do these standings compare to past competitions?

Before diving into that, we first need to acknowledge how some of those missing swimmers eluded to above impacts things. Australia is missing Ariarne Titmus and Emma McKeon, who combined for six individual medals in Tokyo, and Great Britain is without Adam Peaty and Duncan Scott, who were in the hunt for five individual golds combined in Budapest.

In addition to the individual medals, all four of those swimmers being absent leaves a hole their country needs to fill on relays, particularly so for Great Britain.

On top of that, the entire Russian contingent isn’t competing. At the 2019 Worlds, Russia put up 16 medals, the third-most of any nation. At last year’s Olympics, which has seven fewer events than Worlds, the Russian Olympic Committee (ROC) only won five medals, however.

Clearly, the U.S. comes out with a significantly higher number of medals in our 2022 projections than what actually happened in 2019.

In Tokyo, the Americans actually won more medals (30) than they did in Gwangju despite there being seven fewer medal events.

If we take remove Russia, Titmus, and South Africa’s Tatjana Schoenmaker from the Olympic results, the Americans would get bumped up to 15 gold medals, winning roughly 42.9 percent of the events. That falls much closer in line with our projected medal table.

So does SwimSwam have a bit of an American bias? Perhaps. But maybe not as much as it might look like sometimes.

We’ve gone heavy on some of the best swimmers of this era in the U.S., with Caeleb Dressel, Katie Ledecky and Lilly King combining for 10 individual gold medals. With Russia out, we’ve also predicted the U.S. men to sweep the backstrokes, which is hard to argue against.

Given Australia’s missing pieces, we project them to do reasonably well, and we’re also predicting Germany’s distance freestylers to carry them to the top end of the medal table.

Overall, 12 different nations were picked to win at least one gold. Gwangju also had 12, and Tokyo had 10.

Both your gold and total US medals do appear somewhat “top-side” of expectations on first examination but, in reality, I see it as quite defensible.

As other commenters have set out; USA is the one swimming nation with sufficient depth and spread of talents to have medal contenders in at least 75-80% of events and likely finalists in probably 90%. Taking into account the various absentees and late withdrawals for this meet; its patently obvious that they will be the team to profit most in these circumstances.

I think what is mind-boggling about the 44 medals is that it just shows the kind of depth the US has. Post Olympic, with retirements, with a significant group of swimmers missing the team this time around, still projected to dominate?

US is dominant and has depth. But compared to other countries they didn’t really lose anyone. Jacoby is the only real medal contender I can think of who is absent, and she didn’t choose to be absent, she just missed the team. Basically every other swimming nation except China has CGs or Euros that they are prioritising. I think it’s inaccurate to imply USA has been impacted by the post Olympic year as much as any other top performers in Tokyo. Or really hasn’t been impacted at all to be honest.

Say the situation was swapped: McKeon, Titmus and Campbell were going (and Kyle was swimming freestyle) but Dressel, King and Ledecky were out. Australia wild be favourites to top… Read more »

Dressel and Ledecky are old too, without them USA wouldn’t be much

You guys are the best, but these predictions are quite reminiscent of Tokyo. 20 golds?

The difference is that half the Tokyo medallists aren’t going while USA is the only country with a full strength team. I think the predictions are accurate

I think Hungary will move up, and there will be fewer countries collecting the majority of the medals.

Six gold would be a great success for Australia under the circumstances.

Fully concur. Six Golds, whilst certainly conceivable, would be a definite “Exceeds Expectations” outcome given the impacts of the key absentees.

Two of the remaining three SwimSwam calls; W100FR & W50BK; are very defensible ones but are races where they are joint favourites. The last, MFR, is one from which I respectfully dissent.

For me, 4 golds would be a “break even” outcome. 17 medals total is maybe top-side of expectations but is plausible. Am thinking 14-15 is more likely but …. happy to take all you… Read more »

GBR winning more medals than 2019 without Peaty, Dawson or Scott feels extremely optimistic to me. Possible, which says a good deal about how our depth has improved in the last few years, but still very optimistic.

they actually predicted 8 medals including Scott, without Scott they predicted 6 medals: 2 Gold, 2 Silver and 2 Bronze.

I think the point Dee was making is that GB is predicted to win more medals missing three key swimmers than they won at last worlds. It wasn’t about SwimSwam predictions for Scott.

They won 7 medals in Gwangju which is more than the 6 they predicted for these Worlds excluding Scott.

The ‘year after the Olympics’ WC are always a bit odd…….retirements, swimmers taking a break, newcomers stepping up, experienced swimmers experimenting etc….

Here’s hoping the medals are distributed a little more widely than this. (But maybe not with commonwealth games coming up soon) 44 is a lot. .

How does this have the same dislikes as likes? Americans really don’t want any variety

What is best at world champs?