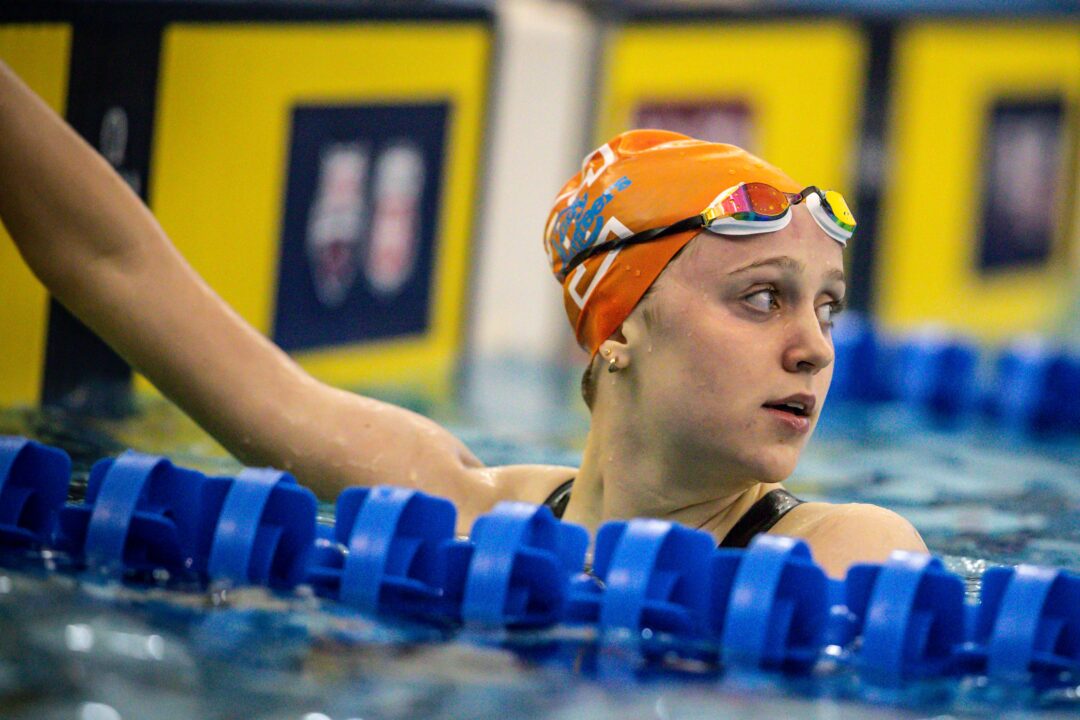 The 14-year-old NOVA of Virginia swimmer clocked a 2:06.52 in the 200-meter backstroke, breaking the Virginia record while moving into a tie for 29th all-time in the boys 13-14 age group. Szobota achieved a Summer Junior National cut with a time that was nearly a second quicker than his previous best from last month’s Eastern Zone Long Course Super Sectionals in Richmond, where he set nine personal bests.

He also placed 1st in the 800 free in 8:27.76, moving from 75th to 53rd all-time in his age group. His previous best from last month (8:30.12) had catapulted him into the top-100 by shaving nearly 15 seconds off his prior mark from January (8:44.99). It’s been a big year so far for Szobota, who placed 2nd at the 5k Junior Nationals  in April to qualify for September’s World Junior Open Water Championships in Beau Vallon, Seychelles.

Among the other standout performers was Josephine Fuller, a rising sophomore at the University of Tennessee who won all three events she raced over the weekend. The 19-year-old posted a 1:01.70 in the 100-meter backstroke, just .42 seconds slower than her personal best from April’s International Team Trials. Fuller was a finalist in the 100-yard back at this year’s SEC Championships as a freshman.

So why would he not be the cover photo lol

Because they don’t have one