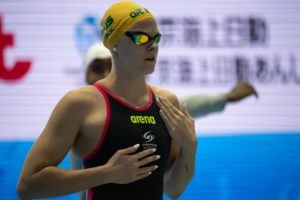 Aussie Shayna Jack maintains her innocence regarding a positive doping test, saying she may have come into contact with Ligandrol via another person.

The ISL will allow Russian athletes to compete, as long as they don’t have a prior doping ban, despite WADA’s four-year ban on Russia as a nation.

Shayna Jack is from Queensland, Australia.

Jack, who trains with Bronte and Cate Campbell, took down Bronte’s national 18-years record twice on Sunday. In the morning heats, Jack clocked a 53.60 to make the finals. In the finals she placed fourth, securing a place on Australia’s World Championship Team and broke the record again, lowering it to 53.40.

On June 11, 2019, Shayna Jack was announced as a member of the Cali Condors ISL team, headed by GM Jason Lezak 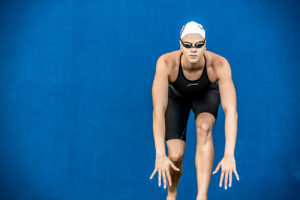 June 14, five weeks prior to the start of FINA World Aquatics Championships, Aussie freestyle ace Shayna Jack announced her withdrawal from the world’s biggest swimming competition outside of the Olympics. Jack stated via her social media,”It is with great sadness that I have to withdraw from world championships due to personal reasons.”  With the ambiguity arose questions and speculation, which were confirmed. The 2017 World Championships medalist tested positive for a banned substance.  Via Instagram, Jack revealed she has tested positive, but says, “I would never intentionally take a banned substance that would disrespect my sport and jeopardize my career.” The St. Peters Western athlete stated further, “Now there is an ongoing investigation and my team and I are doing everything we can to find out when ad how the substance has come into contact with my body.”

July 28th Jack revealed on her Instagram account that the banned substance Ligandrol was found in both her A and B samples.  Ligandrol, also known as selective androgen receptor modulator (SARM) LGD-4033, was originally developed for the treatment of muscle wasting conditions such as ageing, osteoporosis, muscular dystrophy and cancer, is promoted as a selective non-steroidal anabolic agent. (Australian Sports Anti-Doping Authority).