Both Shayna Jack’s A & B Samples Tested Positive For Ligandrol 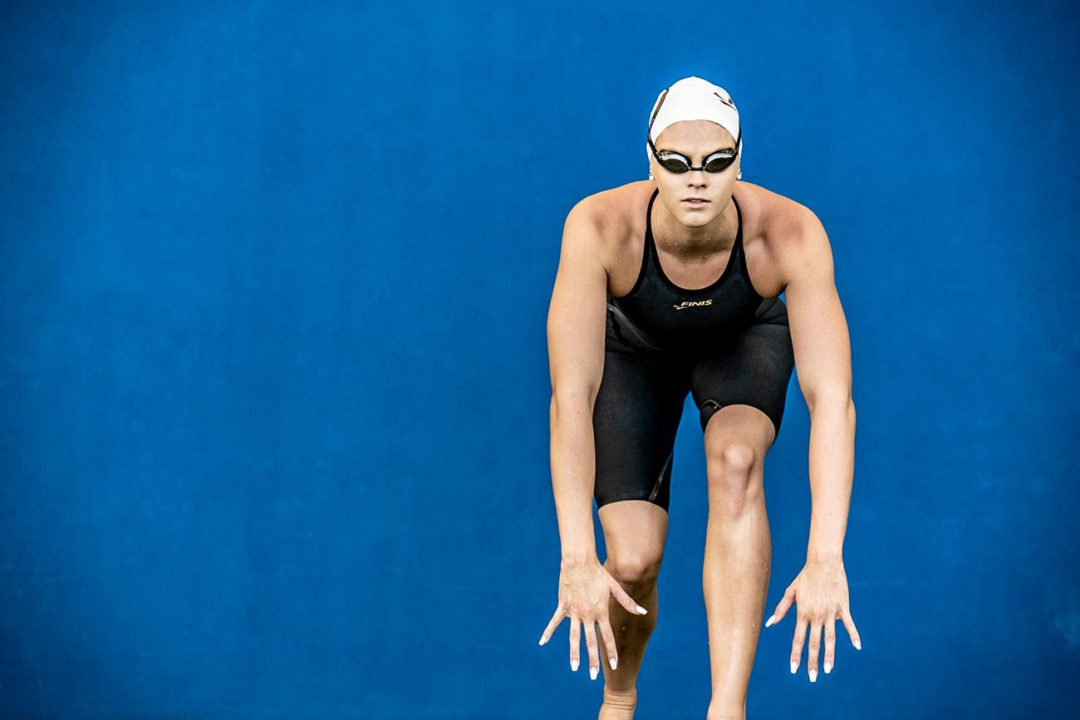 Shayna Jack has seen both her A and B samples test positive for a banned substance. Read more about her situation and the timing involved. Archive photo via FINIS

Just days prior the start of these FINA World Aquatics Championships, Aussie freestyle ace Shayna Jack announced her sudden withdrawal from the world’s biggest swimming competition outside of the Olympics.

As we reported on June 14th, Jack stated via her social media,”It is with great sadness that I have to withdraw from world championships due to personal reasons.”

With the ambiguity arose questions and speculation, which have now been confirmed, as the 2017 World Championships medalist has tested positive for a banned substance. You can read our initial full report from yesterday here.

As of the initial announcement, as well as during Swimming Australia CEO Leigh Russell‘s press conference yesterday, the substance for which Jack had tested positive had yet to be named.

Today, July 28th, however, Jack revealed on her Instagram account that the banned substance Ligandrol was found in both her A and B samples.

The original test was conducted on June 26th, with Jack being notified of the positive A sample on July 12th. Jack was told of her B sample then on July 19th. As such, both Jack and Swimming Australia have known the substance name for quite some time.

Per Russell yesterday, however, she said that Jack was trying to wait until after her teammates finished competing at the World Championships to announce the results of the test, and defended the organization’s policy to not speak publicly until either the ASADA, or the athlete announced the failed test.

However, this decision left sprint ace Cate Campbell in a precarious position after her 50m free semi-final, having to field Shayna Jack questions due to Aussie Head Coach Jacco Verhaeren rendering himself unavailable for comment in Gwangju.

Jack details her entire situation on a lengthy description of the situation from her perspective, which she entitled Shayna Jack Truth.

Below is an excerpt.

On Friday the 19th of July my ‘B sample’ results were in. I had felt a sense of hope knowing I didn’t take this substance and that it was all a mistake during the testing and that I could return to compete for my country and with the team, however, that wasn’t the case. As I read the results, my brain couldn’t even comprehend what I was seeing. I had to reread it several times before I felt that same pain and heartache all over again. I instantly turned to my grandma, who was with me at the time and wailed. With my legs no longer holding me up, I fell to the ground.

Per The Sydney Morning Herald, on November 6 last year ASADA issued a blog post on the substance stating it had appeared in 17 failed drug tests since 2015 despite the substance having only “scarce” medium to long term clinical trials which means its long term health impacts are unknown.

So Mack Horton deliberately enrages the world’s most populous nation just to show how a hypocrite he is. What a joke

Hypocrite how. He didn’t didn’t take the drugs and it’s not like he forced then down that girls throat. Smh

ISL should check Marc Horton too, he comes from the same system.

Clearly a performance enhancer and not something you “accidentally” take. I look forward to the excuses.

This is really bad. Ligandrol doesnt appear to be one of those things that can just end up in your system. It’s effectively steroids without many if the side effects.