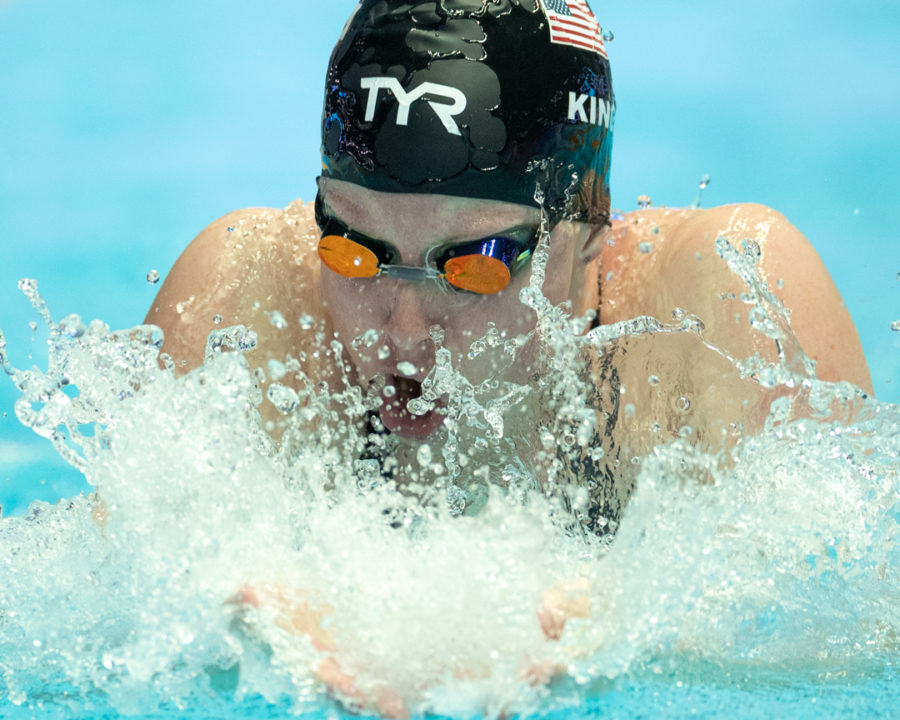 With the 2019 World Championships the first major international meet before the Tokyo Olympics, over 365 Olympic A cut times were swum during the 8-day meet. Current photo via “Rafael/Domeyko Photography”

The 2019 World Championships will serve as the last major international meet leading up to the 2020 Olympics in Tokyo, Japan. At the conclusion of the meet, we looked into how many swimmers achieved the 2020 Olympic A cut in each event set by FINA. As a reminder, here are the A cuts that swimmers were shooting for.

Along with the individual standards, all seven relays to be contested at the Olympics also selected who will compete in Tokyo. The top 12 teams in each relay received an automatic qualification while the 13th-16th place teams are still up for grabs. Below are the 12th place times and the 16th place times to show the window that the non-qualifying nations have in order to qualify.

Diving into the individual A cuts, we carefully dug out how many swimmers put up their best A cut time in each event. So, if a swimmer were to swim an A cut throughout prelims, semifinals, and finals of the same race, only the fastest will count as one. Here’s other considerations we placed when crunching the numbers.

Throughout the 8-day championships, 365 individual A cuts were achieved, 192 from the men and 173 from the women.

Other than the many opportunities to earn an A cut in the 100/200 free thanks to relays, the men’s 800 free and women’s 1500 free were showed the some of the highest number of qualifiers. A reason for this is their addition to the 2020 Olympics with no prior time standard established for the events.

Are there any countries where you do not have to get the A cut and can still qualify for the olympics?

Yes, many many countries.

As I have understand it, any country that is a member of FINA gets ONE swimmer in one event that they don’t have an “A” or “B” cut through universality requirements. That’s why there have been swimmers from Haiti, Burma, Rwanda, Nepal, Equatorial Guinea (Eric “The Eel”) etc, in events like the 50
Free and 100 back.

My understanding (I may be misinformed) is that a nation can send a swimmer with only a “B” cut, if there are no other swimmers from that country, and if the hard cap of swimmers in the meet hasn’t been met. After that, all swimmers must have the “A” cut, especially the second swimmer in an event. For nations intending on… Read more »

It’s somewhat more complicated than this.

There are actually three tiers: the A standard (“Olympic Qualifying Time”), the B standard (“Olympic Selection Time”), and universality, which has no time qualifier and applies only to one swimmer per country per gender if the country has no one who meets the A or B standards.

The fill process is that first they take all the A standard swimmers up to two per country, then add universality entrants, and then whatever spots are left go to swimmers (one per country) who meet the B standard, until they run out the athlete quota. Exactly how FINA does the B-standard invites is a bit opaque to me, but it never impacts the US.

Am I right in saying for a country to qualify 2 athletes in an event they must both be under the A standard?

I doubt this, but had the USA ever failed to have a second entry in an individual Olympic event because there was no second swimmer with the “A” standard in that event? Was there any time that a second swimmer wasn’t selected because we reached the squad roster max?

Going into Trials 2020 in Omaha, are we to expect more unique individual swimmers and fewer relay swimmers because Phelps and Lochte aren’t qualifying in multiple events? For example, I expect that there will be more unique swimmers across the 100-200 fly and 200 IM because Phelps won’t have three of the possible six slots in those events. There could be six completely different swimmers across all six spots. Also, because… Read more »

Good summary. Last sentence seems a little far fetched though. There are other countries with really good female backstrokers

Re – Womens backstroke. Canada is very deep as well especially when you consider the population difference.

The A cuts have never been this fast. Number of total spots at the Olympics have also been reduced and are now down to 878 for swimming including relay only swimmers.
Think that these tougher cuts and fewer spots will not affect the USA or any of the top 5-10 countries in the world but it will impact the rest (not counting countries relying on universal spots).

Aren’t there 28 individual spots now with the 800/1500 and 8 relay spots as they take finishers 3-6 for a total of 34? Also if Phelps didn’t finish in top 6 in freestyle, he didn’t take up a spot- the USA still took 6 freestylers besides Phelps. So they added an event, but didn’t change the team sizes. Just hope taking 3-4 freestylers never becomes an issue; the PanAm 4 free men’s relay is not what you would like to see anyone use- the 3 and 4 swimmers were the 2 free swimmers.

Could be wrong but my understanding was that the cap of 26 stayed the same – IOC doesn’t want any more competitors.

USA Swimming’s rules for Worlds and Olympics are that the top 4 in the 100 and 200 free each qualify ahead of second-place finishers in other strokes. In other words, the “A” team for relays ALWAYS qualify. If one hypothetically assumed 14 unique individual-event champions plus two unique open-water swimmers, you’d still only get to #22 with the relay teams. Even at Worlds, you can only get to 25, since there are three more individual events.

However, the 5th and 6th place finishers for relay events come in after second-place finishers in other events, so their spots are very tenuous and depend on there being enough multi-eventers to allow them to make the team.

I think the US always gets a full compliment of swimmers…AUS is usually about 2-3 short of getting 2 in every Olympic event.

Some countries use qualifying times faster then the FINA A cuts, the following countries normally seems to do this:
Australia, France, Great Britan, Japan and maybe a few more.

I don’t think there’s any possibility at all that the US might have no second swimmer who gets the A cut in an event. Literally zero percent.

Much more likely, especially in the men’s 400 free, is the scenario that regularly happens at the track and field trials, where the second place swimmer in the Trials FINALS doesn’t have the A standard (and doesn’t get it in the finals, either).

[Side note: This sometimes creates really weird races in like the 1500 or 5000 meters, where finalists who don’t have the A standard bust it out of the gate because they have to not only win, but win in a fast time. This essentially never works and they usually… Read more »

Just to add to this, per Wikipedia, men’s 400 freestyle is in fact the only event where the US currently lacks a second swimmer who has the A standard.

I think someone will get it between now and next summer, but the second scenario I describe could still happen– for instance, if the exact same times were swum as at 2018 nationals, and Shoults (who didn’t get it by finishing second at nationals) didn’t come in with the A standard but Abruzzo did, I don’t know if the slot would “pass down” to Abruzzo.

FINA and IOC do not care if it is done at the Trials as long as the time is done at an approved meet:
https://www.fina.org/sites/default/files/general/tokyo_2020_-_og_qual_events_v_1.pdf
http://fina.org/content/swimming-qual-events-olympic-games-xxxii-tokyo-jpn-2020

Maybe they didn’t have enough data to make accurate times for 800 men and women’s 1500 being the first time at Olympics?