Daiya Seto Continues Streak Of Successful ‘Off Event’ Swimming Down Under 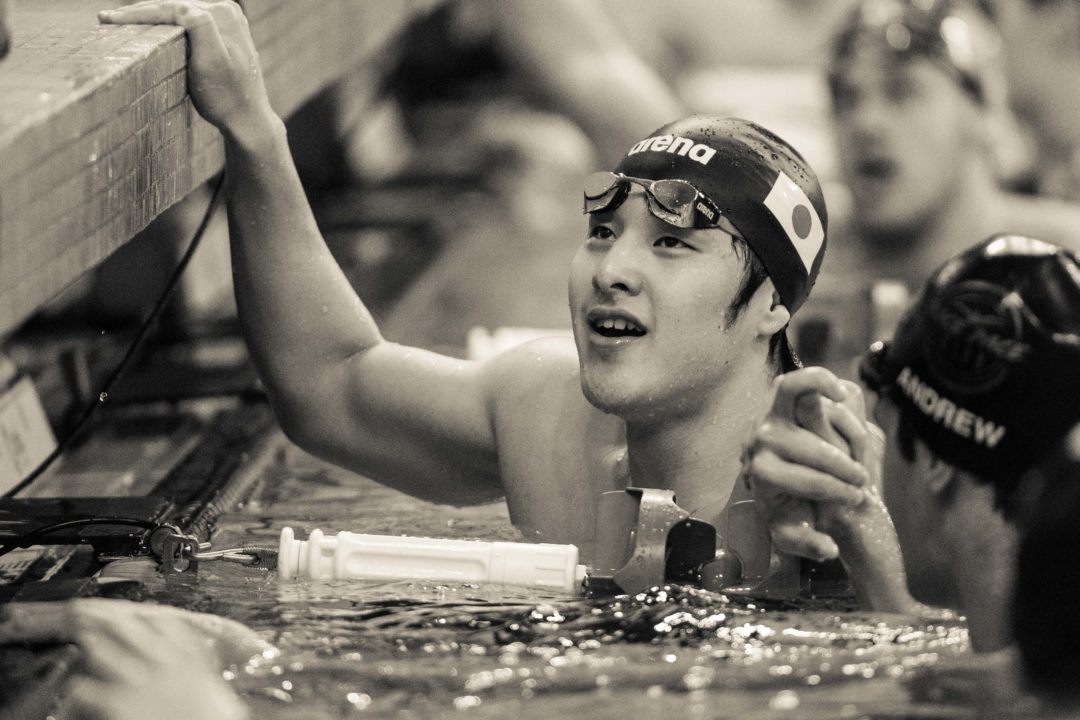 Olympic medalist and World Record holder Daiya Seto of Japan is used to trying different events on for size during his yearly trips to Australia, Archive photo via Mike Lewis/Ola Vista Photography

Surkova clocked 25.23, edging out her mark of 25.27 set last November at the Russian SC Championships in Kazan.

24-year-old Daiya Seto of Japan put up a trio of solid performances while competing at the inaugural Sydney Open meet in Australia over the weekend. Before the elite competition was done, the SCM 200 fly World Record holder would fire off personal bests across the 200m free, 400m free and 100m fly, with the 3 races representing off events for the man who usually threatens in the aforementioned 200m fly and IM events.

But Seto is used to trying different events on for size during his yearly trips to Australia. In 2017, for example, after a training stint under Michael Bohl at Griffith University, Seto raced at the Australian Short Course Championships that year, producing a big-time 200m breaststroke mark of 2:04.57. At the time, that performance would have ranked 10th among the all-time top U.S performers in the event and would have placed 6th at the 2016 Short Course World Championships.

This weekend in Sydney, Seto started off his campaign with a somewhat surprising gold in the men’s 400m free. Having rarely swum this mid-distance free race, Seto powered his way to an impressive new personal best, beating out Aussie stars Jack McLoughlin and Mack Horton in the process.

Next in the 200m free event, Seto hit the wall in a time of 1:48.31, notching another personal best. Splitting 52.83/55.48, Seto was a member of a 1-2-3 Japanese charge in the event, led by  Japanese national champion and World Championships qualifier  Katsuhiro Matsumoto. Matsumoto put down the hammer in his pet event tonight on Aussie soil, punching a time of 1:47.63, while Kotari Takahashi took silver in 1:48.05.

For Seto, however, his top notch performances the freestyle events lend credence to the thought he’s putting some weight on the final 50m and 100m of his 200m and 400m IM events, where he’ll need all the closing speed he can get against the likes of Duncan Scott, Chase Kalisz, Wang Shun and Max Litchfield.

Seto’s final event in Sydney was the men’s 100m fly, where he wrapped up gold with a lifetime best of 51.94. Entering this meet, Seto’s career-fastest sat at the 52.43 he produced at the the 2017 Pro Swim Series in Indianapolis, so his Sydney outing represented the ANA swimmer’s first time under the 52-second mark.

He beat out Japanese National Champion Naoki Mizunuma, who touched in 52.19 for silver tonight ahead of Aussie Olympian David Morgan, who finished in 52.84. Mizunuma earned a time of 51.43 for the gold at the Japan Open. That time was enough to give Mizunuma a slot on the World Championships roster, although Seto’s time tonight would have finished 2nd in that Japan Open final.

That 200 free isn’t a personal best. Setos been 1:47 numerous times

I based this off of several databases. Can you provide an example so I can update if necessary?