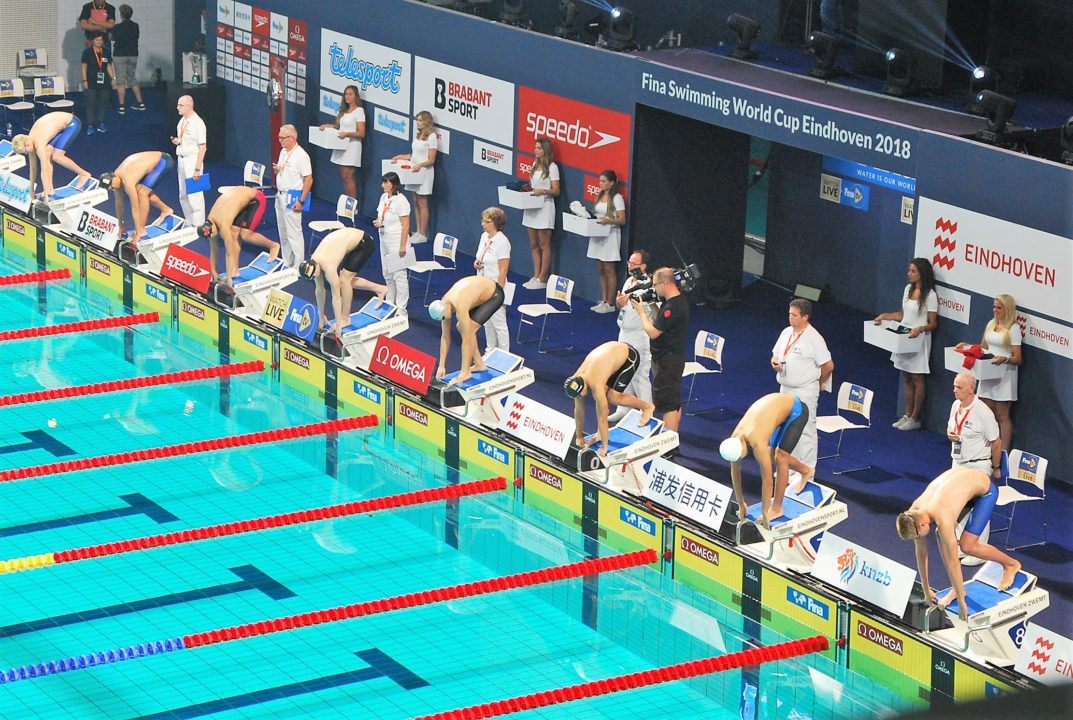 The 3-day German Open in Essen ended with a new German Age Record for 18-year-olds, courtesy of Luca Nik Armbruster.

You can read the SwimSwam Germany recap here.

The 3-day German Open in Essen ended with a new German Age Record for 18-year-olds, courtesy of Luca Nik Armbruster. Clocking a time of 24.02 in the men’s 50m fly, Armbruster overtook the previous age mark of 24.04 held by Jonas Bergmann since 2013.  With his performance, Armbruster adds this 50m fly event to  the 100m fly he already qualified to swim at this summer’s European Junior Championships in Kazan.

Kellie Messel also nailed a European Junior Championships qualifying time, hitting 2:31.08 in the women’s 200m breast. That comfortably slid under the 2:31.08 QT, but the mark sits 3rd among all women who hit the minimum time standard during the qualification period. Malin Grosse and Magdalena Heimrath have already been faster.

Jessica Steiger won the 200m breast in 2:27.44 minutes, while fellow national record holder Marco Koch got the job done in the men’s edition of the same event, registering a time of 2:11.05. That sits well outside the top 25 worldwide so far this season.

Usually the new record is faster than the previous record!