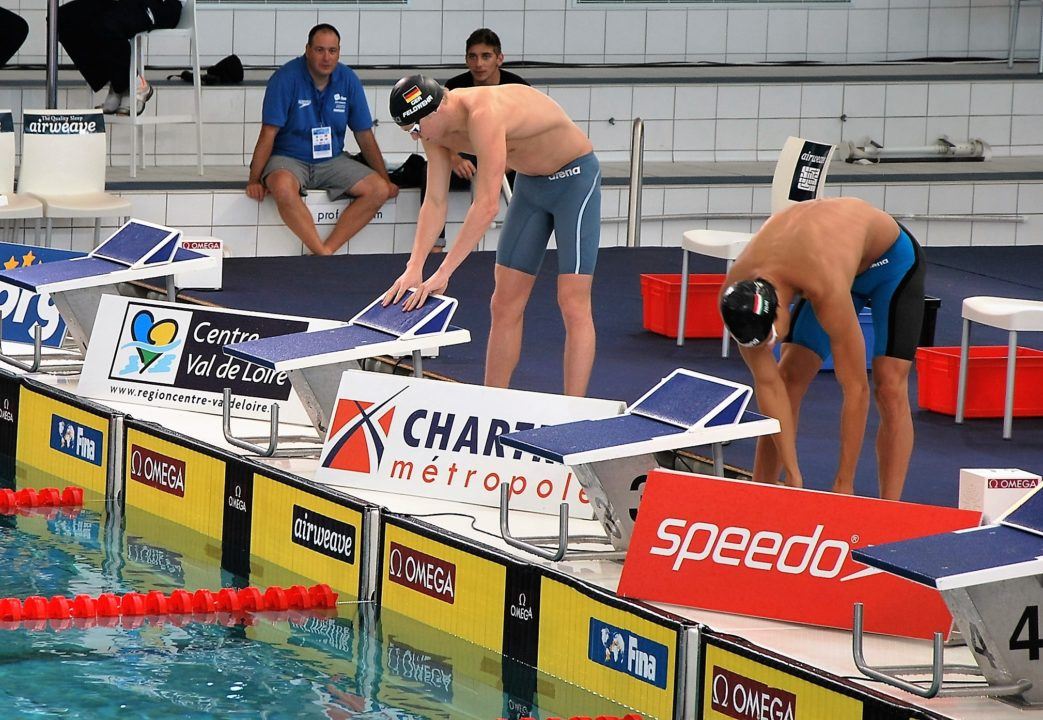 Poul Zellmann won the men's 200m free tonight in Essen, but it was a subdued session of competition on the whole. Archive photo via Daniela Kapser

You can read out SwimSwam Germany report here.

Day 2 of the 2019 German Open in Essen was quiet yet again, with no new swimmers added to the already-announced German roster for this summer’s World Championships.

Luca Nik Armbruster (2001, SG Dortmund) is already qualified for the European Junior Championships with his season best of 53.71 in the men’s 100m butterfly, but he was within range again tonight with his gold medal mark of 54.10.

Runner-up in the event was Damian Wierling (1996, SG Essen) who logged 54.98. Wierling already made the World Championships squad in the 4x100m free relay.

Marco Koch doubled up on his 100m breast win from night 1 with another gold by taking the 50m breast 28.40.