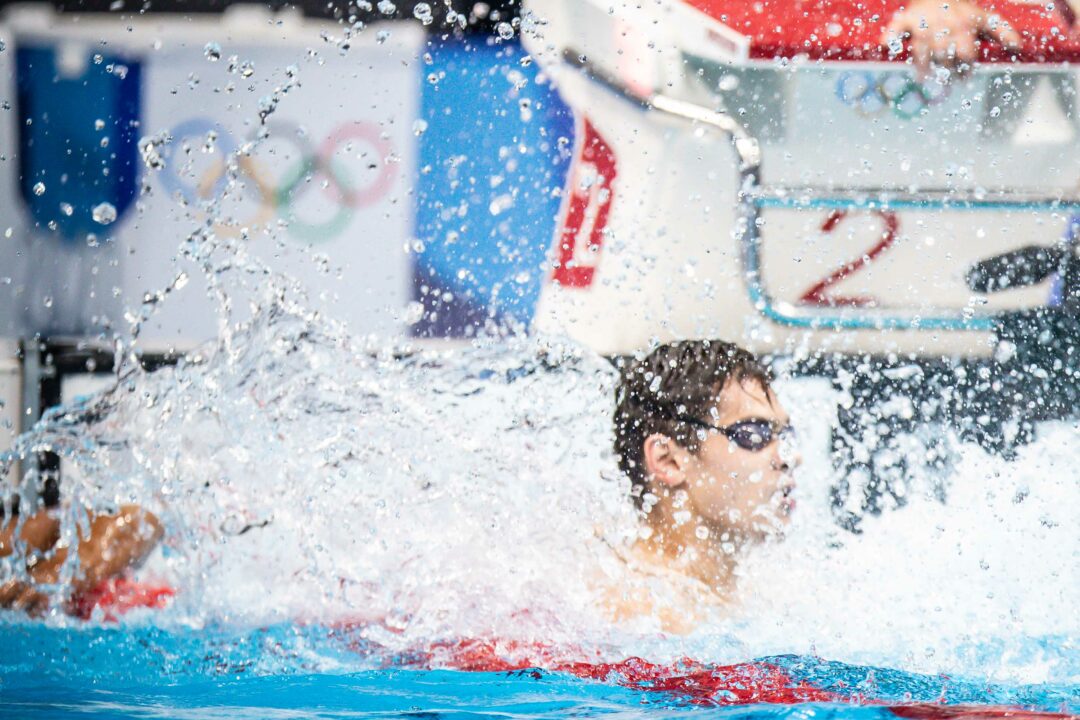 Tchaikovsky's Piano Concerto No. 1 rang through the speakers as Evgeny Rylov accepted his gold medal for winning the men's 100 back on Day 3. Current photo via Jack Spitser/Spitser Photography

Traditionally, the event winner gets to hear their country’s national anthem played during the medal ceremony. That was not the case tonight. As punishment for covering up data relating to doping tests, Russian swimmers must compete as the Russian Olympic Committee and the use of the country’s anthem has been banned.

Instead, Rylov listened as Tchaikovsky’s Piano Concerto No. 1 was played as he wore his gold medal around his neck. That song has been declared as the anthem for the “Russian Olympic Committee,” which is the moniker that has been given to the country for these Olympics.

The country originally requested Katyusha as their anthem, but the Court of Arbitration for Sport rejected it, citing its direct association with Russia. That song is a Soviet folk song and military march that gained fame during World War II as a patriotic song to recruit Russians to the war effort.

The Russian national anthem titled “State Anthem of the Russian Federation” was written in 2000 by Sergey Mikhalkov. The song was adopted as part of Vladimir Putin’s effort to enhance ‘state symbols.’ Ironically one of the primary cited motivations was that there were no words for Russian athletes to sing during medal ceremonies at the 2000 Olympic Games, and members of the Spartak Moscow football club complained that the wordless anthem was hurting team morale. The song bears a resemblance to a prior soviet-era national anthem, “State Anthem of the Soviet Union,” but has new lyrics created and adopted in late 2000. The song replaced Patrioticheskaya Pesnya, which was the anthem from the collapse of the Soviet Union in 1990 through 2000.

The anthem proved difficult for Russians to adapt to – by 2009, only 39% of Russians surveyed could recite the first line of the lyrics to the song.

Because of its recent creation, Russia’s current national anthem has never been playing at an Olympic pool swimming sporting event. It has been played frequently in synchronized swimming and in open water swimming when Larisa Ilchenko won the inaugural 10km event in 2008.

State Anthem of the Russian Federation

I find that ridiculous because if you want to sanction Russia as country then you don’t play their national anthem, ok, but why playing another music? I like this music but silence would have been more logical in my opinion.

Fiddler on the Roof

Can’t fault the athletes for wanting something patriotic

“but CAS rejected it, citing its direct association with Russia”… okay, cus Tchaikovsky is not directly associated with Russia :’D

Shoutout to the person in the finals section that said they play Darude – Sandstorm hahaha.