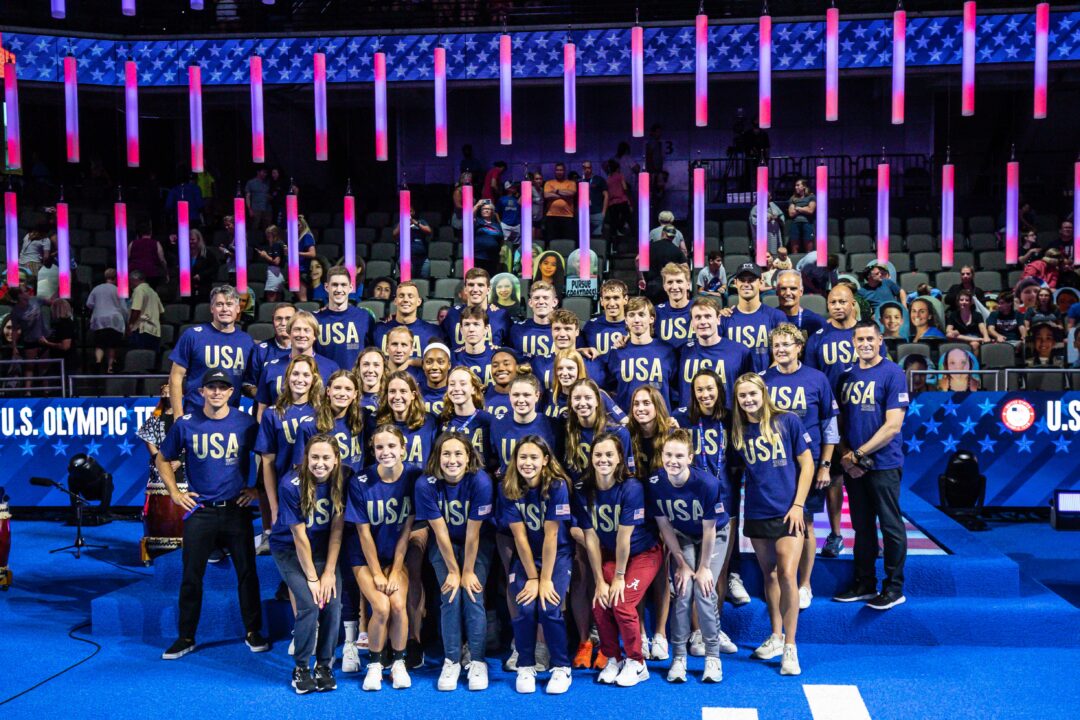 The United States Olympic and Paralympic Committee announced a roster of 613 athletes who will be representing the US at the Tokyo 2020 Olympic Games. Archive photo via Jack Spitser/Spitser Photography

The United States Olympic and Paralympic Committee (USOPC) has officially announced a roster of 613 athletes who will be representing the United States at the Tokyo 2021 Olympic Games.

The roster, which is comprised of 329 women and 284 men, is the second-largest in American history, only behind the roster of 648 Americans that competed at the 1996 Olympic Games in Atlanta. This year’s roster also stands at the 4th largest roster in Olympic history and the largest roster from a non-host nation.

Traditionally, host nations have larger rosters as they receive automatic entries into many of the events, a rule that contributed to all three of the largest Olympic rosters in history.

In addition, the roster features the largest number of women to ever represent the United States at the Olympic Games, with almost 54% of the roster being female. For reference, the 1996 US Team only had 271 women, making up 42% of the total roster. This stands as the International Olympic Committee recently announced that the Tokyo Olympics will be the first “gender-equal” Olympic Games in history, with over 49% of participants identifying as female.

193 of the Olympians on the roster will be returning to the Olympic Games, including 104 Olympic medalists. Out of the 22 athletes on the team who have won multiple gold medals, there are several swimmers, including Katie Ledecky, Allison Schmitt, Caeleb Dressel, Ryan Murphy, and Simone Manuel.

Swimmer Katie Grimes is the youngest athlete to represent the United States in the Olympic Games across all sports since Ledecky did in 2012. Like Ledecky, Grimes qualified to swim the 800m freestyle at only 15-years-old. The oldest Olympian on the roster is 57-year-old Phillip Dutton, who will compete in the equestrian events. Open water swimmer Ashley Twichell is currently the oldest swimmer on the roster at 32-years-old.

Jokes on you she was already the town bike

I cannot believe my grandmother got dragged on a swimming website

if you divided 613 by 0 it would equal the point of this comment.

Wouldn’t Twichell be the oldest swimmer at 32?