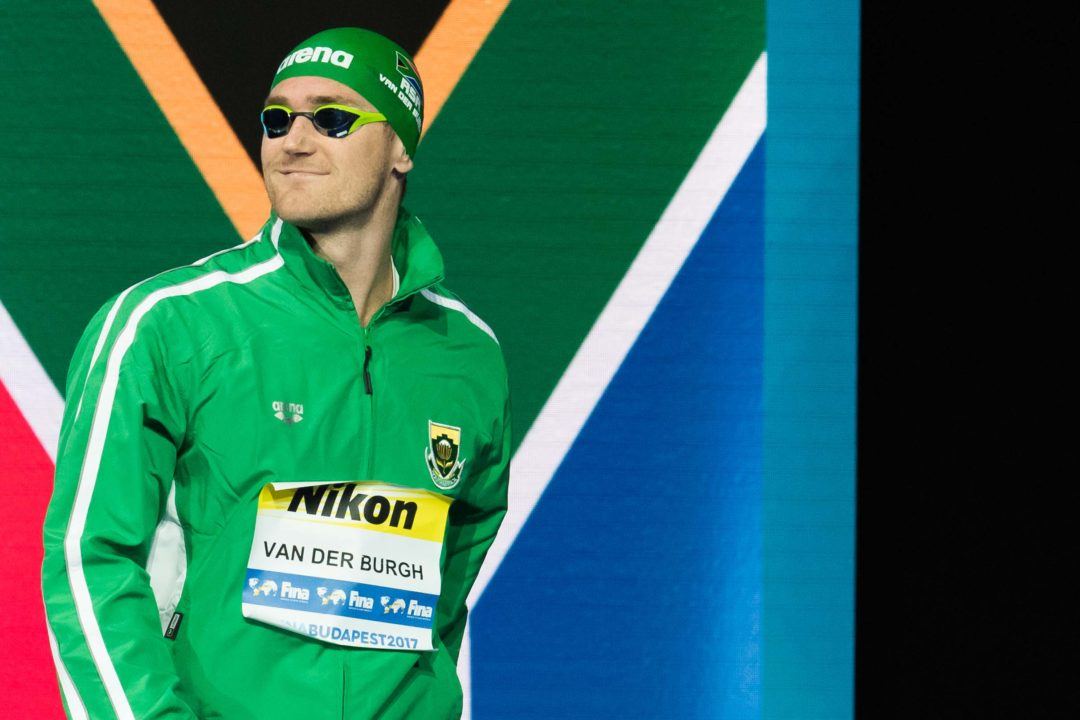 Swimming South Africa has announced the creation of a new Athletes Committee, which consists of eight athletes across all aquatic sports including artistic swimming, swimming, water polo, masters, disability swimming, open water swimming and diving. Notable members include 2012 Olympic champion Cameron van der Burgh and newly-minted Commonwealth Games gold medalist Tatjana Schoenmaker. The purpose of the committee is to give athletes a platform for voicing concerns to the SSA governing body and executive committee. SSA ultimately funnels up through the South African Sports Confederation and Olympic Committee (SASCOC).

Heading the new athlete commission is storied South African swimmer Penny Heyns, the only woman to win both the 100m and 200m breast gold medals at an Olympics. Said Heyns of the committee’s creation, “SSA firmly encouraged the establishment of this athletes’ committee, there have been very small ones in the past but this is the first time we have a collective group that represents every single discipline (Artistic Swimming, Platform and Springboard Diving, Open Water Swimming, Swimming and Water Polo) within Swimming South Africa.

“The first thing and probably the most important step which we embarked on was to have our first meeting. We had the President Mr. Alan Fritz and CEO Mr. Shaun Adriaanse in the meeting and the purpose was for the athletes to get to know them and voice their opinions. There were already some productive discussions that took place and some really good ideas that came from the athletes on what Swimming South Africa can do for the other disciplines.” (Quotes courtesy of Swimming South Africa)

Heyns acknowledges that there has been a disconnect in the past between athletes and the governing body, but is hoping communication can help smooth over rough relations.

“The disconnect between athletes and governing bodies is a problem for federations both nationally and internationally,” Heyns said. “There has been a strong push in every area from a WADA perspective or within international federations where the athlete’s body has a stronger role within the federation.

“For so long athletes have been used to keeping quiet, just go and perform and don’t say too much. An important role we can fulfill is the communication between the athletes and the coaches. It is not really our role to represent the coaches to SSA but perhaps there is a gap for that as well.”

South Africa as a whole has been a tumultuous environment for athletes to prosper. Historically cash-strapped, many of the nation’s elite athletes having to fund their own way to international competitions. When the South African squad for the 2018 Short Course World Championships was announced, for example, the selection procedures clearly stated that appearing in China for the prestigious event is a ‘self-funded tour.’ The same verbiage applied to the 2017 World Junior Championships squad.

Also in recent years, investigations have been launched into the SASCOC following malpractice allegations within the organization. The Committee has been investigated in the past on claims of poor governance, financial mismanagement and non-adherence to the SASCOC constitution.

Additionally, the SASCOC CEO, Tubby Reddy, was ousted earlier this year as fallout from various charges, including sexual harassment.

The Athletes Committee may have a goal to lend a voice to athletes, but it may not prove powerful enough to unearth the issues residing higher up in the nation’s administrative food chain.

Poor athletes .. they have a wealth of swim talents but swimming is becoming a rich mans sport over there it seems ..