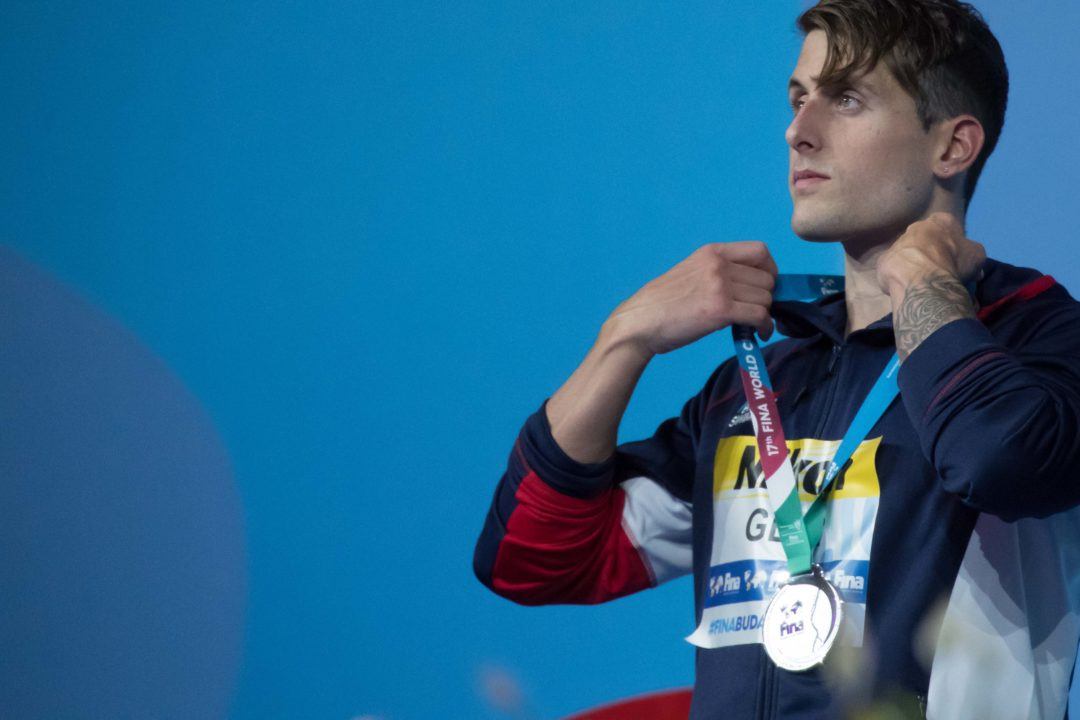 2016 Olympic silver medalist Chris Walker-Hebborn has announced his retirement from the sport of swimming, making the announcement via Twitter on Wednesday.

Time to retire. Thank you for the memories. pic.twitter.com/a0EKrKrEZy

The tweet included a long message where Walker-Hebborn thanked his family, friends and coaches:

“The time has come for me to retire from swimming and I just wanted to pass on some words of gratitude to some that have helped me along me way. I owe so many people thanks, but most importantly to my family & my 2nd family (O’Connors) – without them I wouldn’t be who or where I am today, the support has been unparalleled. Secondly, my friends (you know who you are) you’ve seen me at my best, and been there to pick me up at my worst, I’m forever grateful. Thirdly I wanted to thank a few of my coaches throughout my career- There’s lots of great coaches I have had the pleasure of working with but a fine few that had a phenomenal impact on me and my time as an athlete. Jack Kelly, Steve Young, Chris Nesbit and Dave McNulty thank you for believing in me. Finally I’d like to thank my sponsor, Adidas & JBC Nutrition for supporting me through thick and thin. I have achieved more in swimming than I could have ever dreamed of when I was a young kid starting out in the sport. I have won an Olympic medal, competed in a home Olympic Games, become World Champion, European Champion, Commonwealth Champion, British Champion and broken a World Record. But more importantly than that, I’ve been able to travel the world and had a great time doing what I love. Lots of people told me I’d never be able to do it, and if there’s one piece of advice that I can pass onto young swimmers or kids with a dream, it’s to never stop believing in yourself. Give it your everything and you never know where it may take you.”

The 28-year-old backstroker won silver in the 400 medley relay at the 2016 Games in Rio alongside teammates Adam Peaty, James Guy and Duncan Scott, and also placed 11th individually in the 100 back. Four years earlier in London, he made his Olympic debut on home soil as he placed 20th in the 100 and 22nd in the 200 back.

Individually, the best year of his career came in 2014, where he won gold in the 100 back both at the Commonwealth Games and the European Championships. He has an additional four European titles from men’s and mixed medley relays, along with a second Commonwealth title.

A mainstay as the lead-off man for the British 400 medley relay for years, the duties have shifted over to the likes of Luke Greenbank and Nicholas Pyle after Walker-Hebborn was absent at both the Commonwealth Games and European Championships this year.

well done Chris, not sure he ever got the credit his achievements deserved from UK swimming.

Congratulations on a great career.

If the British can get their backstroke sorted, they have a shot at a 4 x 100m MdR gold in Tokyo. Their last three legs in Rio were close to the last three for USA. As long as Peaty is ungodly fast, and Guy and Scott keep improving, they have a great shot at making the USA team really earn their gold.