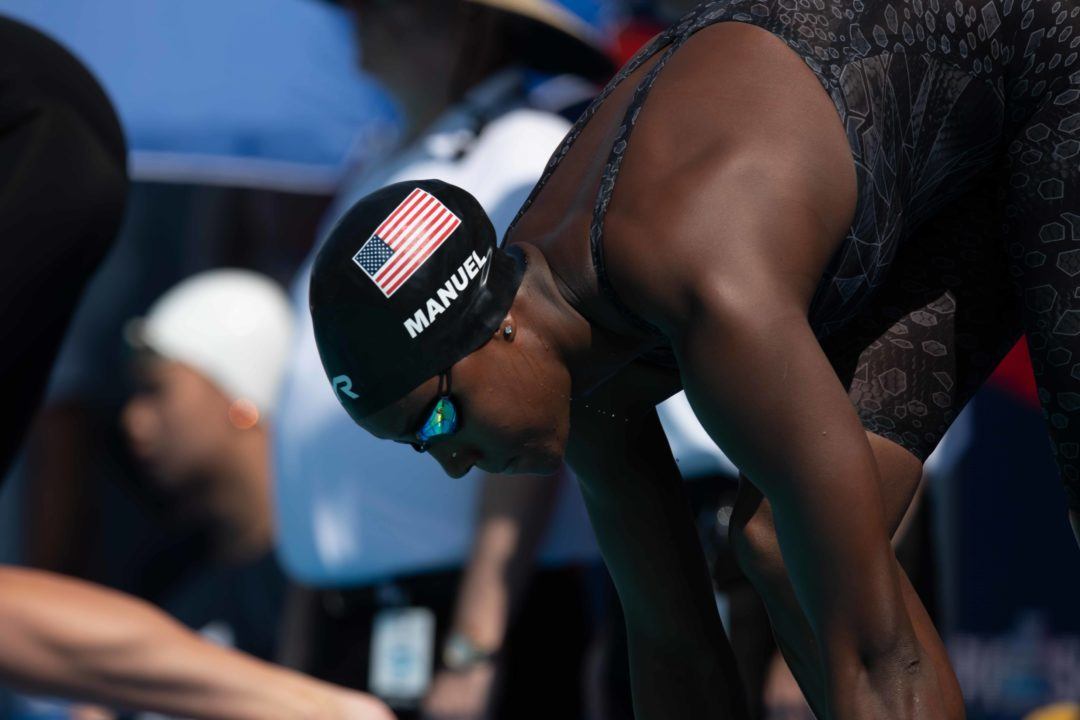 In two disciplines so far, the American women have set two U.S. Open Records on Wednesday. After Hali Flickinger’s record in the 200 fly in prelims (which she didn’t surpass in finals), the defending World and Olympic champion Simone Manuel swam the fastest-ever 100 free on American soil in Wednesday’s finals session.

Manuel won the 100 free on Wednesday in 52.54, which broke the old U.S. Open Record set at last year’s Nationals by Mallory Comerford in 52.81. At the time, that swim by Comerford was the American Record as well, which both she and Manuel improved upon at Worlds, before Manuel settled on 52.27 to win gold in Budapest.

Manuel led the race effectively wire-to-wire, opening in 25.62 and closing in 26.92. For comparison’s sake, Comerford was actually out a smidge faster, in 25.54, when she set the record last year.

Manuel turned pro at the end of the 2017-2018 college season, leaving one year of NCAA eligibility at Stanford on the table. On Tuesday, she announced that she had signed with TYR to be her suit sponsor.

Actually, at that time, Manuel’s swim at the Rio Olympics of 52.70 was the AR. Comerford’s 52.81 was only the US open record. The AR of 52.70 was then broken by Comerford leading the 4×100 relay in Budapest before Manuel re-broke it en route to gold in the individual 100.

I doubt Manuel is also fully tapered yet at this meet.. I’m expectibg some more drop in times at pan pacs

Simone said something similar to ‘she isn’t satisfied with the time’ in her post-race interview. While quite a shocking statement based on how fast she was, I think it speaks to where her expectations are.

Hot time by the US girls over all.. hot relay team 4×100 free at pan pacs .. Manuel will bust an epic time there I’m sure.. her finishing speed is lightning fast

she is always so dangerous on the last 30 meters of her races ………thats where she still accelerates .

Sounds unlikely that Lia Neal will make the team