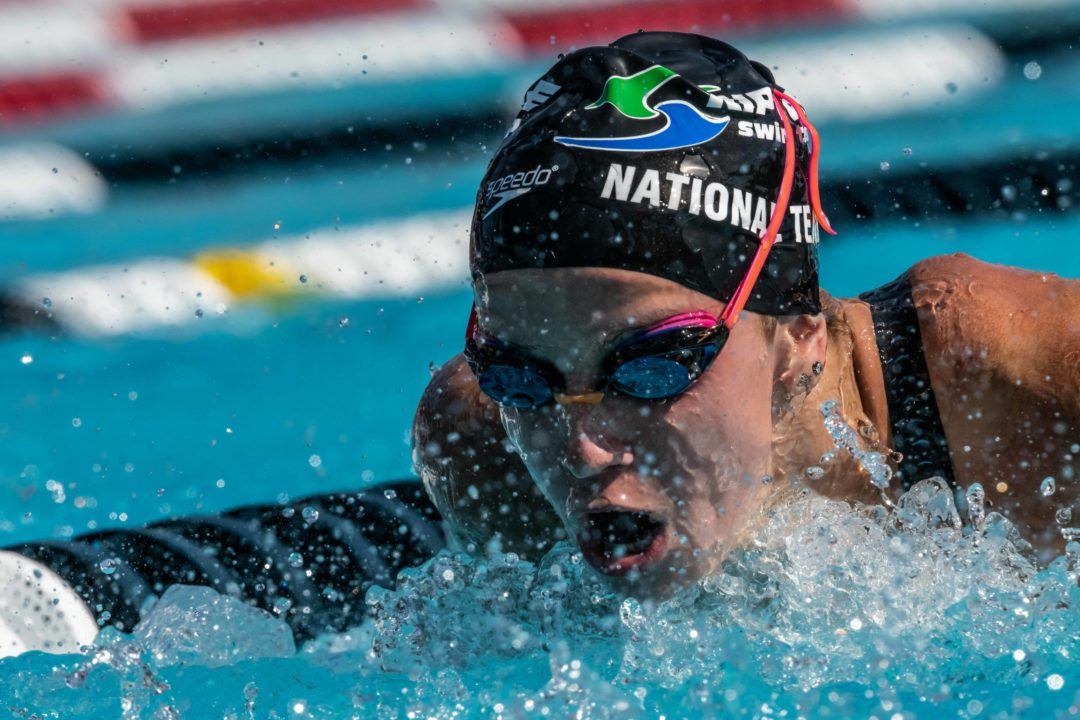 One legendary Mary T. Meagher record went down on Wednesday morning to open the 2018 US National Championships, when Hali Flickinger broke her US Open mark. That same 2:05.96 done by Meagher on August 11th, 1981 in Brown Deer, Wisconsin, stands atop a number of other record boards, and those won’t be so easily broken.

The swim from Smith, who is a generational type of talent, was still a second-and-a-half behind Meagher’s record, in spite of being more than half-a-second ahead of the old #2 swimmer.

Smith was formerly a World Junior Record holder in the 200 back, done last year at the World Championships (2:07.19), where she wound up 8th in the final, and currently holds the 100 back World Junior Record. In 2018, her butterfly events have made big progress (she dropped four-tenths in Santa Clara in the 100 fly as well).

Smith finished 3rd in the race. While there haven’t been enough races swum yet for doubles to start kicking in, 3rd place made the team for Pan Pacs in 2014.

Sums it all up: