Shinri Shioura is thrilled with first visit to Texas (Video)

At the touch, Shioura took gold in 49.16 in the 100 Free, winning his first race on US Soil Current photo via Mike Lewis/Ola Vista Photography 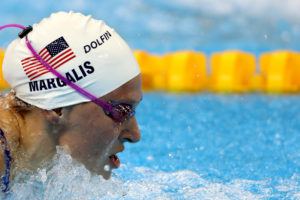 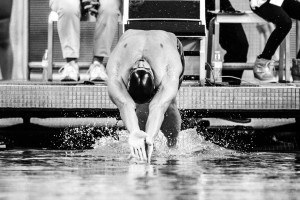 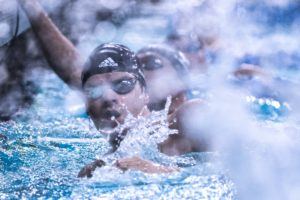 NC State’s Ryan Held rocketed to the eraly lead, flipping at 23.53. He wasn’t able to hold off Japan’s Shinri Shioura, however, as Shioura capitalized off his back half speed. At the touch, Shioura took gold in 49.16, while Held was less than 2 tenths back to take silver (49.32). Rounding out the top 3 was Canadian Yuri Kisil in 49.51.

U.S. National Junior Teamer Daniel Krueger was just off the podium, finishing in 4th with a quick 49.89. That’s just 2 tenths shy of his personal best 49.61 from 2016 Junior Pan Pacs. Cal’s Jacob Pebley was also narrowly off his best time, taking 5th in 50.33.

Couldn’t have put it better myself.