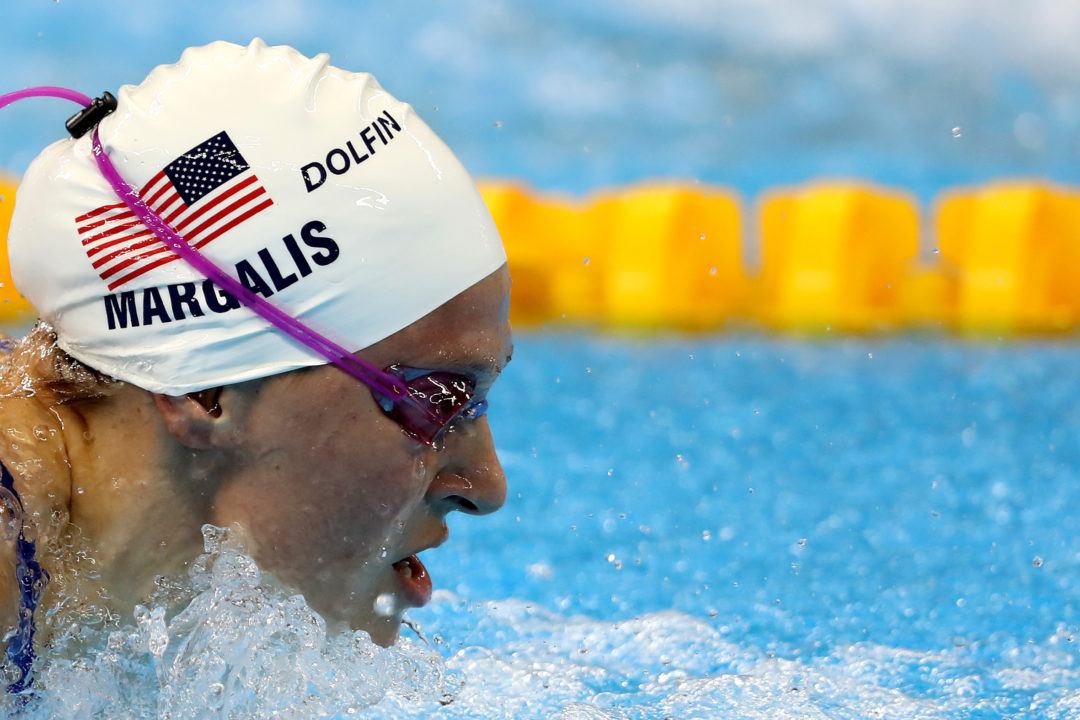 One stop in, Melanie Margalis and Daiya Seto have grabbed early leads in the 2017 Arena Pro Swim Series point standings. Margalis has earned 19 points and $1900 while Seto has taken home 20 and $2000. Archive photo via Simone Castrovillari

U.S. Olympian Margalis holds an 8-point lead over Canada’s Mary-Sophie Harvey after the Austin stop of the tour over the weekend. Seto is leading all men by 7, with Anton Ipsen in second place. Defending series champions Katie Ledecky and Conor Dwyer do not appear in the point standings after not taking part in the Austin Pro Swim Series stop.

Here’s a look at the point and prize money system, along with the rewards for the eventual series champ. The tour continues with 5 more stops, culminating in a double-point extravaganza at U.S. Nationals in Indianapolis.

Margalis is the top point-getter and is in great shape, with her closest challenger, Harvey, ineligible to compete at U.S. Nationals, worth double points.

The men’s race is more interesting, with Seto leading by 7 but ineligible for U.S. Nationals as well. Second-place Ipsen is also a foreign athlete, as is third-place Shinri Shioura. That means Josh Prenot is currently the top American who would be in line for the 1-year BMW lease, and the only swimmer in the top 5 eligible to earn double points at U.S. Nationals.

Peanuts! And a one year BMW lease. Like a M4?

Swamfan – that’s a complex question to answer. But, for example, prize money can be received to cover costs of competition.