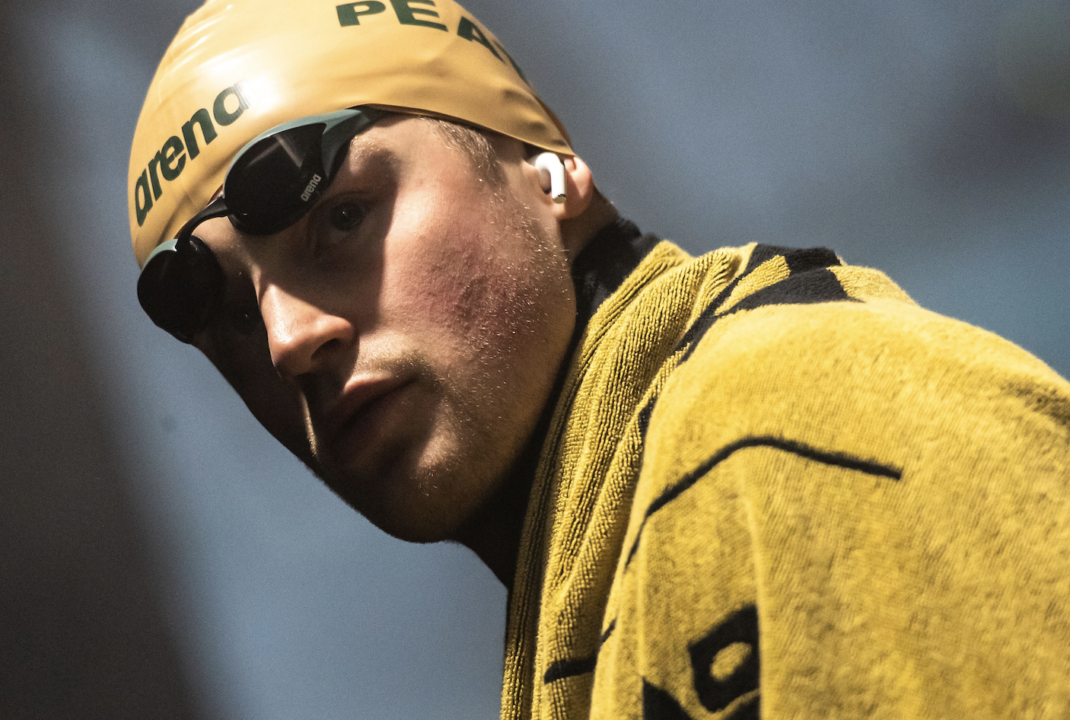 Energy Standard leads the London Roar, Tokyo Frog Kings and NY Breakers after day 1 of semifinal #1 of the International Swimming League (ISL). A significant portion of ENS’ points came via the women’s relays, with the 4x100m free and 4x100m medley squad both taking the victories in dominant fashion.

But the ENS men’s medley fell at the hands of London Roar, which is keeping the overall match race close.

Let’s take a look at splits for those races, as well as the additional relays today in Budapest.

We saw two swimmers get under the 52-second threshold today in the form of Hong Kong national record holder Siobhan Haughey for ENS and Anna Hopkin of London Roar. Haughey owns a lifetime best 100m free time of 51.14, a mark she produced leading off this same relay in match #6. Her time here was just .21 away from that stunner.

For Hopkin, 52.29 is what the Brit led off with just days ago at the final regular-season match #10, so she managed to add another gear to produce her 51.98 here. The pair were far removed from the rest of the field after the first 4 laps.

London Roar’s Freya Anderson has proven to be indispensable for her squad’s relays, consistently putting up eye-catching splits since coming onto the ISL scene after an extra coronavirus contact-tracing quarantine.

Last week Anderson hit a flying contribution of 51.76 and is simply getting faster as the matches continue on. Today she was quicker in 50.99 than Sarah Sjostrom of Energy Standard who was next in line with a speedy 51.27.

However, Sjostrom’s remaining teammates of Femke Heemskerk and Pernille Blume helped power ENS to a new unofficial World Record of 3:25.82 for a massive 38.0 points.

The men’s leadoffs were on the sluggish side, with noone breaking the 47-second barrier. Energy Standard’s backstroke maestro Evgeny Rylov grabbed the lead early in 47.24 but was just .11 ahead of NY Breakers’ Damian Wierling after 4 laps.

Newcomer Katsumi Nakamura raced his first relay here as a London Roar member, making his debut in this semifinal. He shook off the ISL racing cobwebs with the 3rd fastest split of the field in 47.43, a mark which sits about midway among the range of London’s splits, both leadoff and otherwise, this season.

Rolling starts brought the heat, with Kliment Kolesnikov dipping into the 45-second zone in 45.79. That was enough to carry the lead and eventual win for ENS. However, Roar showed strength in Mikhail Vekovishchev and Duncan Scott, both of whom hit 46-lows on their contributions.

Although out of contention for the win, NY Breakers’ 17-year-old Matt Richards hung with some of the best swimmers of the world, producing a leg of 46.61 to rank ahead of the likes of 200m freestyle silver medalist Katsuhiro Matsumoto and Brazilian speedster Bruno Fratus.

Emily Seebohm might have heard that Kaylee McKeown took down her 100m back LCM national record earlier today, but the Energy Standard veteran did her own thing in this relay to standout from the racing crowd.

After taking the women’s 200m back individually earlier in the session, the Aussie was nearly half a second ahead of the backstroke lead-off field, hitting a time of 56.24 to give the edge to her ISL squad.

Italian teenager and newcomer to Energy Standard Benedetta Pilato rushed to the wall for the fastest breaststroke split of 1:03.19. Even with a flying start that would convert to a flat start rivaling her own PB and Italian national record of 1:03.67 in the event.

A rested Maddy Banic may have been the difference for Energy Standard, as the racer hit a big-time 55.14 to keep Roar’s Marie Wattel at bay. Undefeated 200m flyer Suzuka Hasegawa was also in the mix with a leg of 56.16.

Once again it was Freya Anderson who delivered a hammer on the anchor leg, wrapping up the Roar’s race with a 50.82. Heemskerk was also under 51 with a closing 50.97 to contribute to the ENS win.

Guilherme Guido got his London Roar squad out in front early, hitting a 49.4 opener for one of two men under the 50-second threshold to kickoff the battle. Just .23 behind was Kliment Kolesnikov in 49.63 to keep things close between these top 2 teams in the overall standings.

London Roar’s breaststroking ace Adam Peaty put up what is believed to be the fastest SCM brfeaststroke split in history when he logged an untouchable 54.84. That smoked world-class rival Ilya Shymanovich who logged 55.17, which by itself is a hugely impressive performance.

Peaty ranks just 5th indivudally in the ISL season 2 for individual 100m breaststrokes, having clocked a time of 56.38 earlier in the season. His spit here, paired with his 50m breast victory earlier over Shymanovich, bodes well for the 100m breast.

Watching the race, it appeared that the Kusch versus Le Clos segment of the race was a lot closer than the splits let on, due to the speedy lead Peaty gave the Roar. Kusch held his own in 49.3 while Le Clos did his best to chase the German down in 48.98, the only sub-49 second time of the field.

Takeshi Kawamoto was solid in 49.52 behind Vekovishchev’s 49.49 further down the line.

Duncan Scott of London Roar earned his paycheck in spades today. He already upset 200m IM guru Kosuke Hagino of Tokyo Frog Kings but here he held off Frenchman Florent Manaudou to keep London’s lead and snag the victory by a fingernail.

The medley relay wins are huge factors in potentially swinging an entire match in another team’s direction as the winners determine the skins stroke for day 2, races with can rack up the points in the blink of an eye.

Did Scott or Manaudou do the fastest free split ? Unsure as they are in the wrong order on the last table

I think the author meant for the match. Shymanovich has been faster than Peaty all series and if ENS had won, this match was totally over. As it stands, London retain a small chance.

Also it was probably the reason London was able to win the medley, where energy standard was definitely favored

is it the fastest 100 m breast split ever for Peaty?

Since when is beating someone by 0.3 in a 100 breast “smoking” someone? That’s pretty damn close!

At his level 0.3 is not close. Its a big difference.

Not when he wins LC 100 Breast by seconds, not tenths.